Belgium has the most liberal euthanasia law in the world. And although the country is predominantly Roman Catholic, national surveys show overwhelming support in Belgium for the right to die by euthanasia.

Since the law passed in 2002, the number of Belgians choosing euthanasia has steadily risen each year, with more than 1,800 dying this way in 2013 — an average of about five people per day. 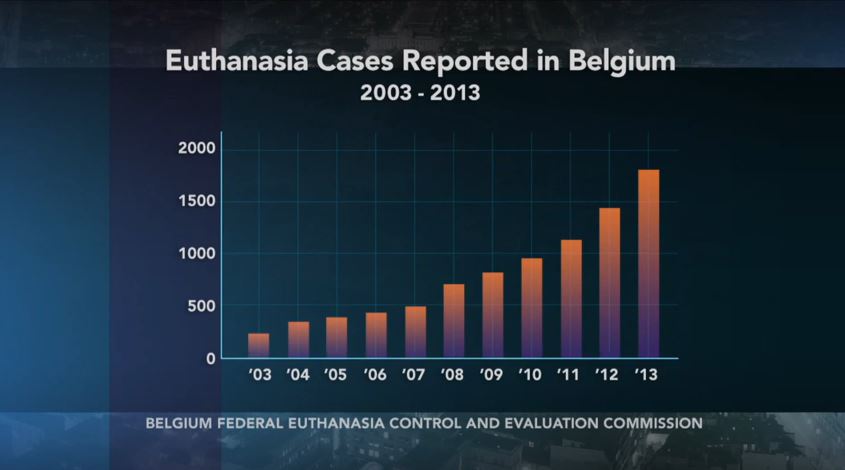 In 2014, Belgium made headlines when it became the first country in the world to extend euthanasia to terminally ill children of any age, although no cases have occurred so far. Additionally, it’s not only terminally ill patients who can request euthanasia — psychiatric patients with longstanding and debilitating mental suffering like depression can also qualify.

Under the law, two doctors much approve a patient’s request for euthanasia — and three doctors must agree in the case of psychiatric patients.

We want to know what you think — do you support Belgium’s euthanasia law? Take our poll and sound off in the comments below.