VATICAN CITY — Pope Francis revived his lapsed sex abuse advisory commission by naming new members Saturday, after coming under fire for his overall handling of the scandal and his support for a Chilean bishop accused by victims of witnessing and ignoring their abuse.

The announcement of the new members of the Pontifical Commission for the Protection of Minors came on the same day that a Vatican investigator will take the testimony in New York of one of the main whistleblowers in the Chilean cover-up scandal.

Francis tasked Archbishop Charles Scicluna with the fact-finding mission into Bishop Juan Barros after he came under blistering criticism in Chile for defending Barros and calling the victims’ cover-up accusations against him slander.

The initial three-year mandate of commission members had lapsed two months ago, on Dec. 17. Francis named nine new members Saturday and kept seven from the initial group. A Vatican statement said survivors of abuse are included, but didn’t identify them to protect their privacy.

None of the most outspoken lay advocates for victims from the original group returned, but a statement stressed that the commission’s work would be imbued throughout with the experience of victims. 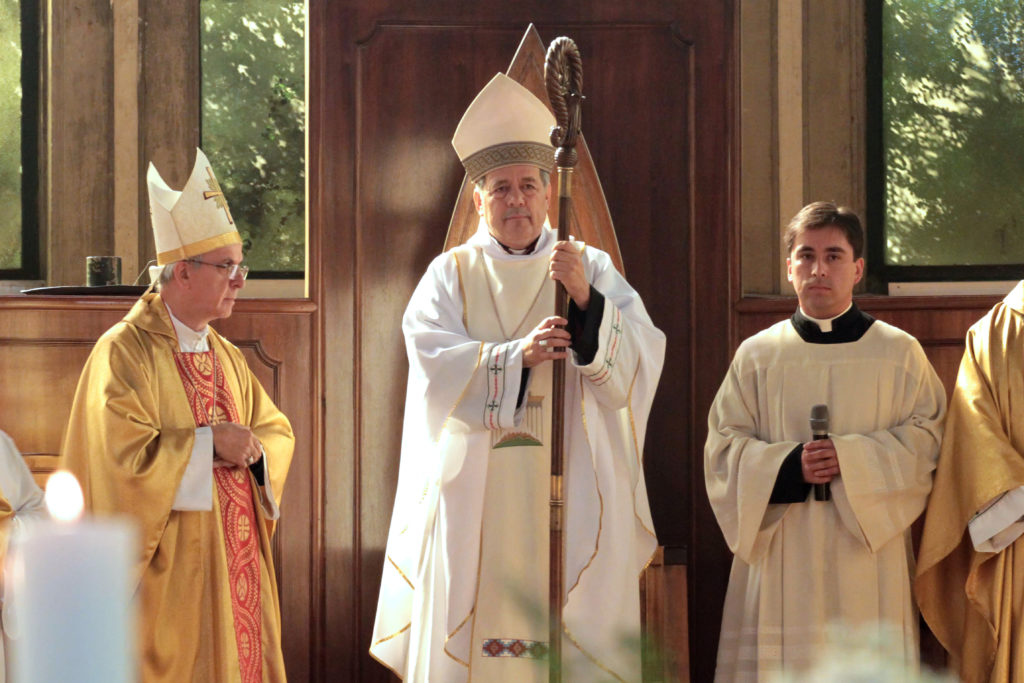 Commission members are to open their April plenary by meeting with victims privately, and discussions are continuing to create an “international survivor advisory panel” to advise the commission and make sure the voices of victims are heard in all its deliberations, the statement said.

The new members are noteworthy for their geographic representation, hailing from Tonga, Brazil, Ethiopia and Australia, among other places.

Francis has insisted he has “zero tolerance” for abuse and had pledged to hold bishops accountable when they botch cases. But there have been several well-known cases where he and the Vatican sided with the accused over victims, calling into question whether he shares the “victims first” policy that guides his own commission’s work.

The Barros case is the most prominent example. Victims of Chile’s most notorious predator priest, the Rev. Fernando Karadima, have for years accused Barros of witnessing their abuse, ignoring it and defending Karadima.

En route home from Chile, though, Francis insisted he had no “evidence” against Barros to warrant removing him. The Associated Press, though, reported that he received a letter from a Karadima victim, Juan Carlos Cruz, in April 2015 detailing the abuse he suffered and Barros’ presence while it happened.

Francis’ defiant defense of Barros suggested that he find Cruz or the other victims credible, and believed instead Barros’ ecclesial supporters in Chile and at the Vatican.

Cruz testifies Saturday before Scicluna, who was the architect of the Vatican’s get-tough approach to sex abuse in the early 2000s. Several recent cases, however, indicate that the Vatican under Francis doesn’t favor the “one strike and you’re out” approach adopted by the U.S. bishops, for example, after the scandal exploded there in 2002.

Francis himself has admitted that he opts to give offenders the benefit of the doubt, especially when solid proof — often hard to come by in decades-old sex abuse cases — is lacking.

“As must be done in good jurisprudence, always in favor of the offender,” he told reporters Jan. 21 en route home from South America.

Francis applied that concept in the case of the Rev. Mauro Inzoli, a well-known Italian priest defrocked by the Vatican for having abused children as young as 12. He had his sentence reduced on appeal to a lifetime of penance and prayer in 2014 after what his bishop said was a show of mercy from Francis. But in 2016, an Italian judge convicted Inzoli of abusing five children aged 12-16 and sentenced him to four years, nine months in prison. The Vatican opened a new church trial against him and in 2017 he was definitively defrocked.

Francis has held out the Inzoli case as an exception, where he opted for a lesser sanction.

But Italy’s Il Mattino newspaper has had a series of exposes about another case where the Vatican under Francis opted to take the priest’s word over that of the victim’s.

The victim in that case accused the Rev. Silverio Mura, a parish priest in Ponticelli, of raping him as a 13-year-old. He came forward in 2010 to accuse Mura, after remembering the abuse during the therapy he was undergoing for the panic attacks, depression and other medically certified reactions to his childhood trauma.

But the case, investigated by the archdiocese of Naples, was shelved in 2016 for lack of proof.

The victim had declined to submit to a second diocesan psychiatric evaluation after the first one subjected him to a “savage” police-style interrogation that sought to destroy his fragile defenses, according to a letter to the archdiocese’ psychiatrist from the victim’s personal psychiatrist, Dr. Alfonso Rossi.

Il Mattino this month reported, however, that other victims have since come forward alleging similar rapes.

Vatican spokesman Greg Burke confirmed Saturday that the case was now revived, on the express wishes of Francis. He said it had never been archived, just dormant “awaiting other elements of proof.”

Il Mattino, however, reported Feb. 4 that the priest had been sanctioned based on the evidence already given. “Quickly admonish the priest,” was the recommendation included in the file in the archives of the Congregation for the Doctrine of the Faith, Il Mattino reported.

Left: Pope Francis leaves at the end of his Wednesday general audience in Saint Peter's square at the Vatican February 14, 2018. Photo By Alberto Lingria/Reuters