Fearing eviction, Hungary’s Roma wonder ‘are we next?’

I lived in Budapest, Hungary for two years and never spent more than a few hours in Miskolc, the country’s third largest city just a two-hour drive from the capital.

But unlike Budapest, which has been flourishing with a rising population, music festivals and “ruin pubs,” Miskolc hasn’t weathered the democratic transition nearly as well.

Once at the center of Hungary’s industrial sector, Miskolc’s population has been shrinking since the 1989 democratic transition. Its factory doors closed, and today the city’s unemployment rate well outpaces the national average. 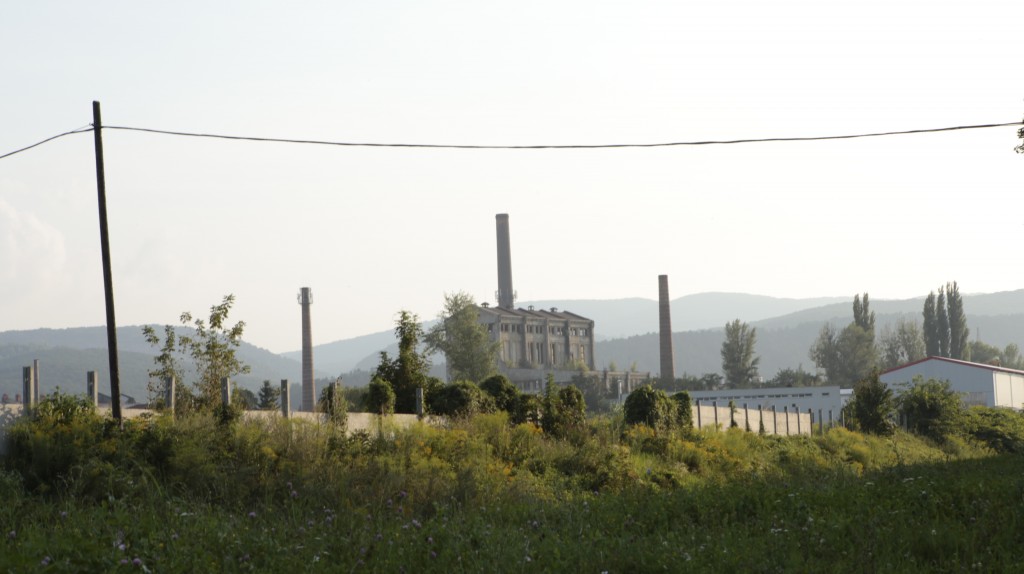 The city of Miskolc, Hungary, which was once at the center of the country’s industrial sector, now has an unemployment rate that well outpaces the national average. Credit: Asia Der/NewsHour

This summer, I returned to Hungary to report on the country’s growing tension with its Gypsy, or Roma, community, which makes up anywhere from five to 10 percent of the overall population. Before leaving the U.S., I spoke to Roma advocacy groups and human rights organizations. All said Miskolc was the place to go.

Around 25,000 Roma people live in Miskolc, mostly in Roma-majority neighborhoods, and their situation is currently in peril.

The city plans to demolish more than a dozen of these neighborhoods, citing high crime and poor sanitation. And instead of replacing the housing, the city will compensate evicted tenants on the condition they purchase a new home outside the city limits. 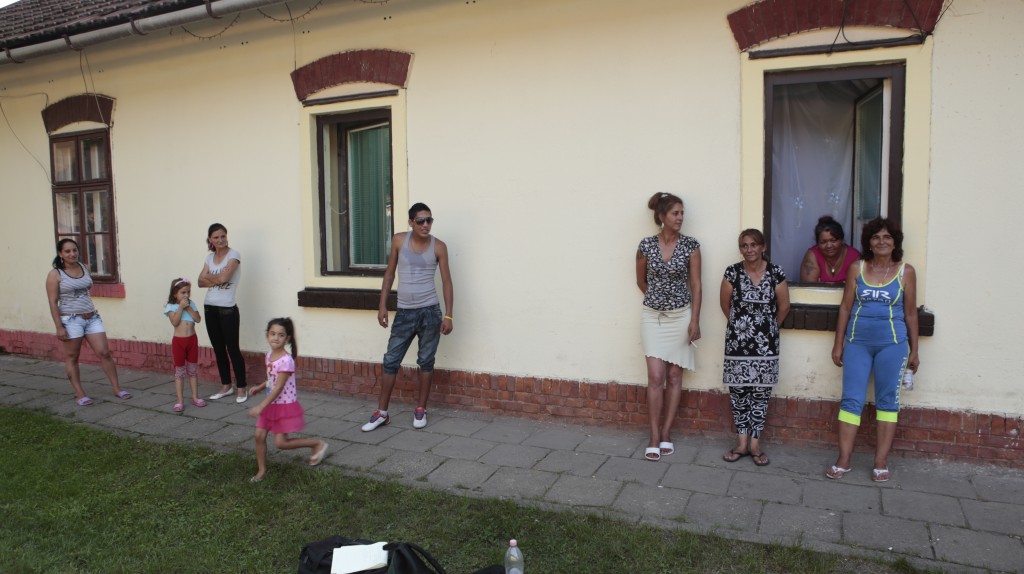 A group of Roma whose neighborhood is slated for demolition gather outside of a neighbor’s home. Credit: Asia Der/NewsHour

We interviewed city and community leaders, but our most critical stop was in one of the Roma neighborhoods slated for demolition. I’d prepared myself for something like the photos I’d seen of slums like Ferentari in Bucharest, Romania. But instead the breezy, tree-lined streets were a welcome break from the summer heat. The low houses were freshly painted, courtyards swept, kids chucked water balloons and rode bikes. It was hard to imagine this community as an epicenter of crime. 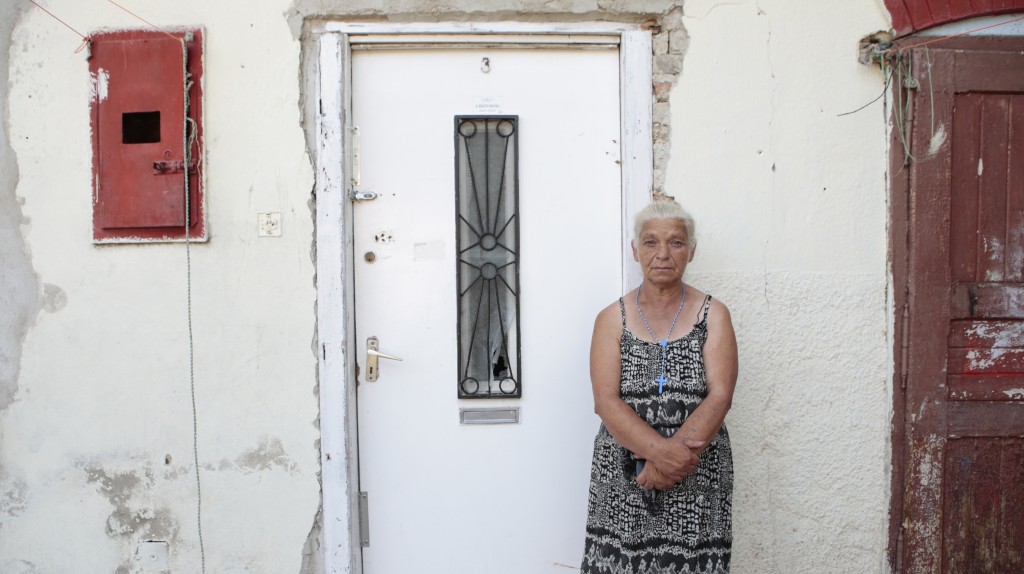 Jozsefne Nagy, 55, a Roma, stands next to her home she was evicted from in August. Her door had been nailed shut by local officials. Credit: Asia Der/NewsHour

We met a 55-year-old grandmother, Jozsefne Nagy, who grew up in Miskolc, worked an industrial job, and like most of Miskolc’s Roma, is now unemployed. She was evicted in August and showed us where the door had been nailed shut.

Peeking inside through a broken window, we could see the wallpaper she’d put up in her modest home. She showed us a newspaper photo of her belongings being hauled outside. 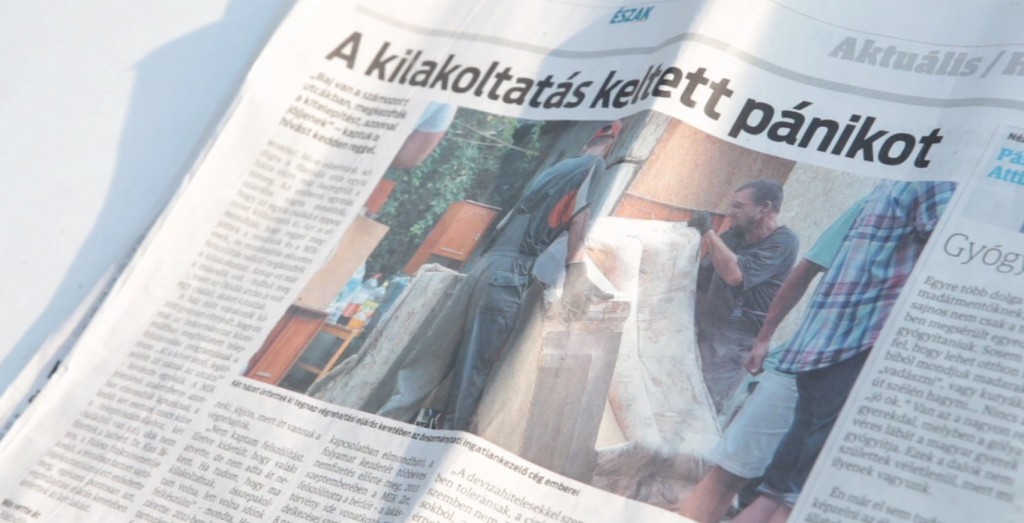 “There were so many policemen you couldn’t move,” Nagy said. “They just kept saying: ‘Out! Out!’ I repeatedly told them we don’t have any debts, but they just kept repeating themselves.” 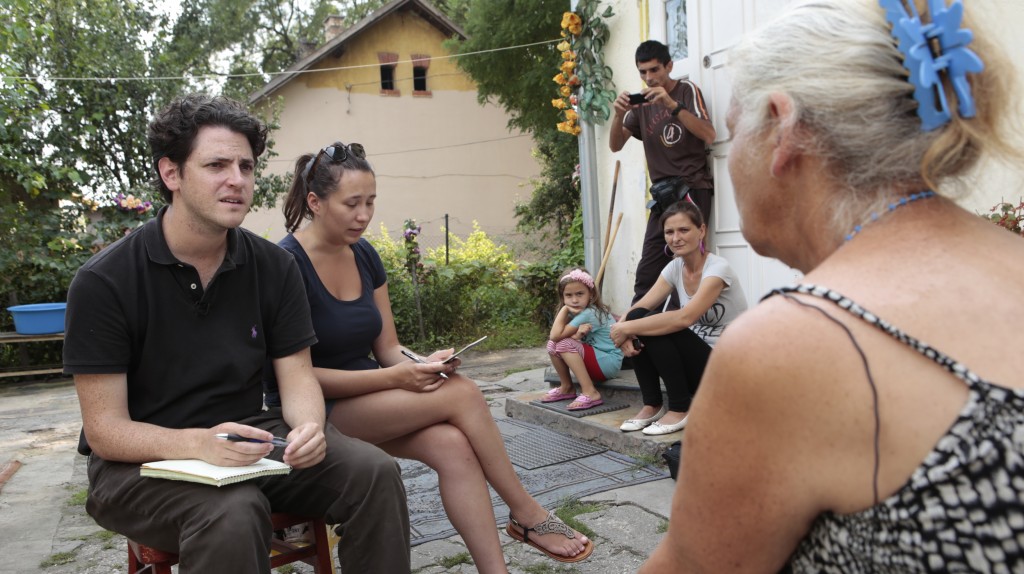 Nagy’s neighbor sat beside my translator and me listening to our conversation. Later she told us her children had been terrified when the eviction began. “Are we next?” they asked. She had no idea what to tell her kids.

I sat at a picnic table with a few residents who talked about their own uncertainties. Neighboring communities had already signed petitions saying Miskolc’s displaced residents wouldn’t be welcome in those towns. 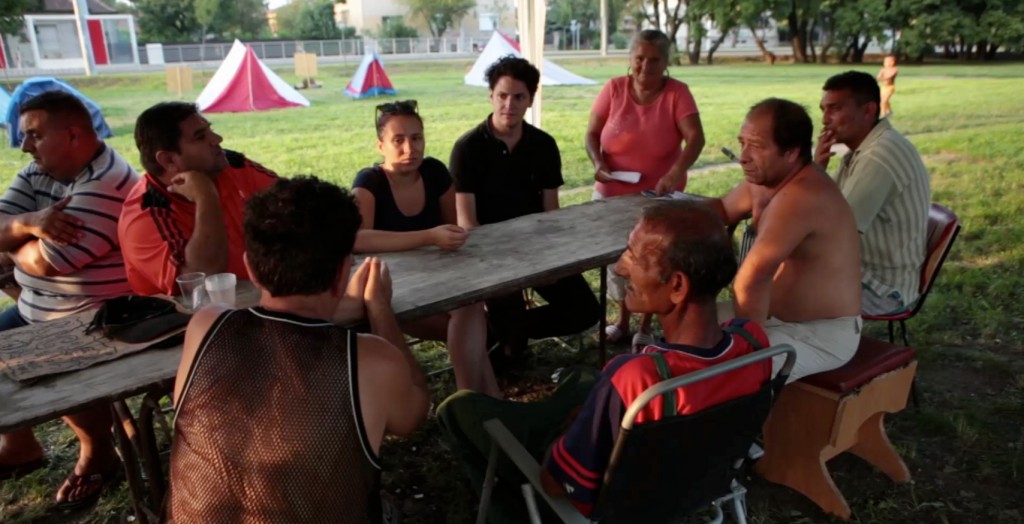 NewsHour Weekend Producer Stephen Fee talks with Roma citizens in Nagy’s neighborhood who say they are uncertain whether they, too, will be evicted from their homes. Credit: Asia Der/NewsHour

“The goal wasn’t to evict those who don’t pay, but to evict Gypsies,” Nagy said.

City leaders, though, weren’t the villains they’d been made out to be.

In fact, the deputy mayor was downright wonky. He showed us schematics and crime data, and explained this wasn’t about ethnicity but about demolishing an impoverished slum. It’s about providing a better future, he said, for a city that’s had a turbulent 25-year transition. He seemed offended at the suggestion that demolishing the neighborhood was about getting rid of the city’s Roma.

But with more than half of Hungarians believing that criminality is in Roma blood, political analysts we spoke to say it’s hard not to see the city’s policy as political pandering.

This autumn, the city’s center-right government faces a serious challenge from the country’s upstart far-right party, Jobbik, which has built its reputation on anti-Roma sentiment. And the left-wing mayoral candidate, a former police chief, was suspended from his duties after disparaging the city’s Roma minority. Gabor Varadi, a Roma community leader in Miskolc, told me the Roma have no political allies. 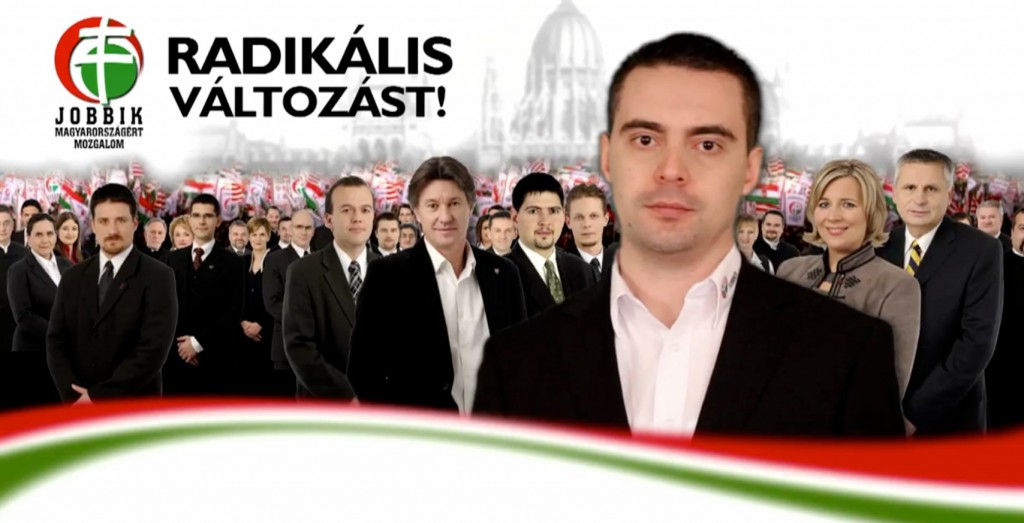 A still from a campaign video shows Hungary’s upstart far-right party, Jobbik, which has built its reputation on anti-Roma sentiment.

Hungary is at a turning point. Prime Minister Viktor Orban says he wants to abandon liberal democracy, preferring an ‘illiberal state’ akin to Turkey or Russia. The government has tightened its control over the press and state finances — political opposition has withered. A Harvard study in February pointed to increasing discrimination against not just Roma but other ethnic minorities, too.

How Hungary handles the situation in Miskolc — and its integration issues nationwide — is a crucial test of the country as an inclusive democracy. And the global community will be watching.

Watch the full report from Hungary from NewsHour Weekend’s Stephen Fee below.