Pope Francis sent embattled Washington Cardinal Donald Wuerl a letter Friday that accepted his resignation while also defending him, saying there was a difference between a cover-up of sexual abuse in the Catholic church and the official’s “mistakes.”

“You have sufficient elements to ‘justify’ your actions and distinguish between what it means to cover up crimes or not to deal with problems, and to commit some mistakes,” the pope wrote in the letter, dated Oct. 12. ‘However, your nobility has led you not to choose this way of defense. Of this, I am proud and thank you.”

Wuerl was heavily criticized after a grand jury report released in August documented widespread sexual abuse of children within Roman Catholic dioceses across the state of Pennsylvania. The two-year investigation uncovered 70 years of claims across the state from more than 1,000 victims that they had suffered abuse by some 300 priests. Wuerl, previously the bishop of Pittsburgh, is mentioned several times involving his response to some abuse cases.

In response to the report’s publication, Wuerl said that while its findings had been “critical of some of my actions, I believe the report confirms that I acted with diligence, with concern for the victims and to prevent future acts of abuse.”

The pope likened Wuerl’s resignation request to the “heart of the shepherd who, by widening his vision to recognize a greater good that can benefit the whole body, prioritizes actions that support, stimulate and make the unity and mission of the Church grow.”

Pope Francis then asked Wuerl to remain in a temporary position until a successor is installed.

As pointed out by the Pittsburgh Post-Gazette, Pennsylvania Senior Deputy Attorney General Daniel Dye called out on Twitter the pope’s use of the word “mistakes” in the letter. 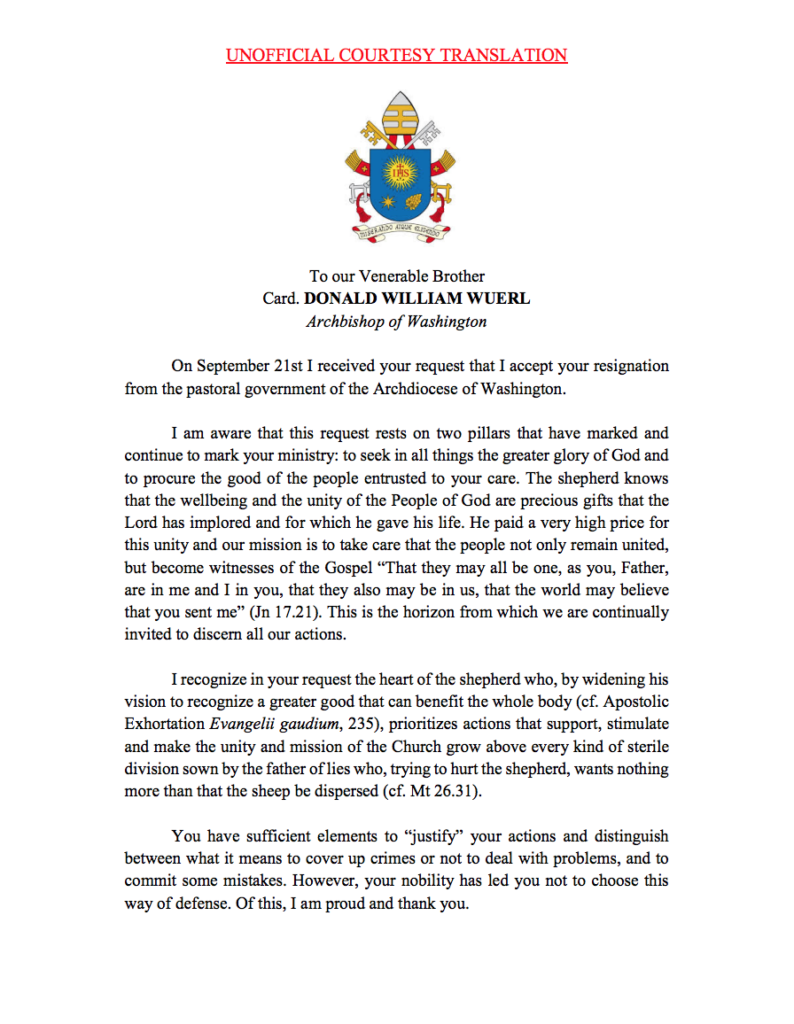 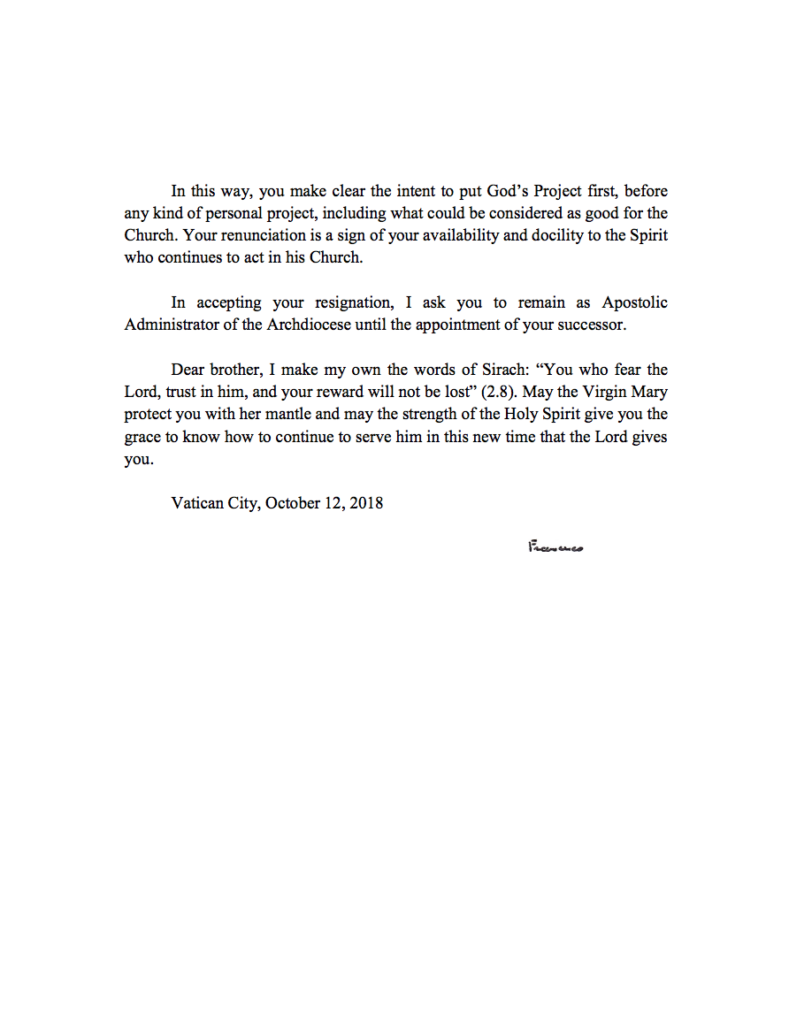 Left: Pope Francis (L) waves as he arrives with the Archbishop of Washington Cardinal Donald Wuerl for a prayer service and meeting with U.S. bishops at the Cathedral of St. Matthew the Apostle, in Washington, in September 2015. Photo by Mike Theiler/Reuters