Protesters carrying Romanian, European Union and other flags rallied Saturday outside government offices in Bucharest, the capital, the same place where the protest Friday had degenerated into violence.

“Have no fear! Romanians will rise up!” they yelled. Police placed traffic restrictions in the area. 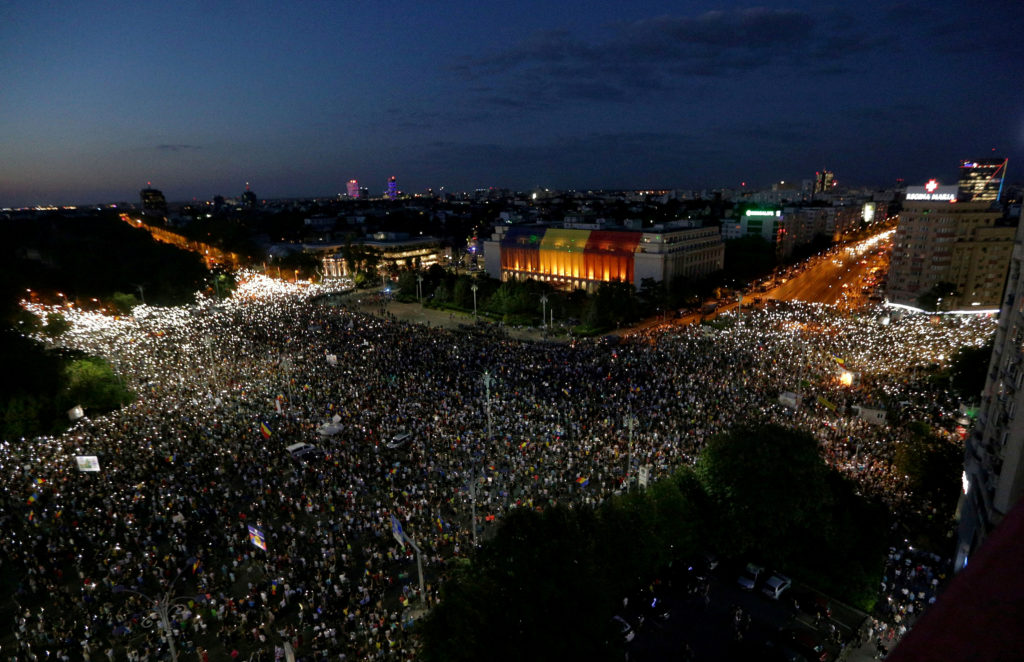 Thousands of Romanians joined an anti-government rally in the capital Bucharest, Romania, on Aug. 10, 2018. Photo by Inquam Photos/Octav Ganea via Reuters

Critics say Romania has lost ground in fighting corruption since the ruling Social Democratic Party assumed power in 2016. They are urging the government to resign and call a new election.

Earlier Saturday, Romanian riot police defended their use of force at the protest Friday night in which 70 people, including 11 riot police, had to be taken to the hospital.

Marius Militaru, a spokesman for Romania’s riot police, said police are pursuing charges against eight people for the violence.

Militaru said officers were ordered by Bucharest city officials to evacuate Victory Square late Friday after an hours-long protest in front of government offices that drew tens of thousands demanding the government’s resignation. 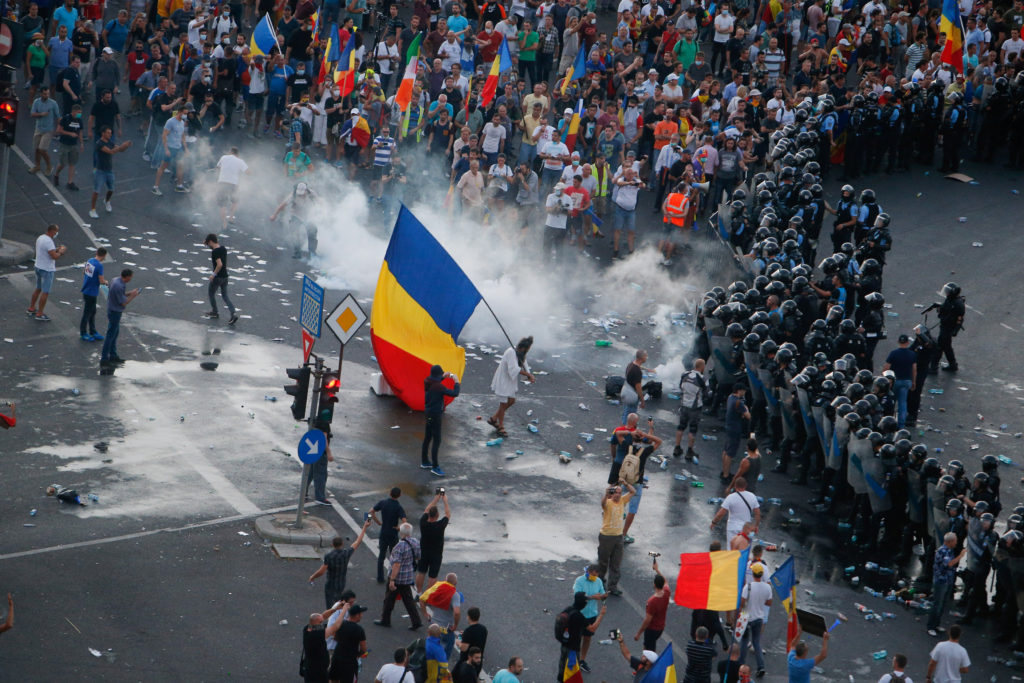 Protesters stand in front of police during a demonstration in Bucharest, Romania, on Aug. 10, 2018. Photo by Inquam Photos/Adriana Neagoe via Reuters

Another police spokesman, Georgian Enache, said “the legitimate state violence” was justified because protesters had been warned several times to leave the square.

Riot police fired tear gas and water cannons to quell protesters. Some people lobbed rocks, bottles and smoke bombs at riot police. Some people sustained head and other injuries while others were overcome by tear gas, authorities said. 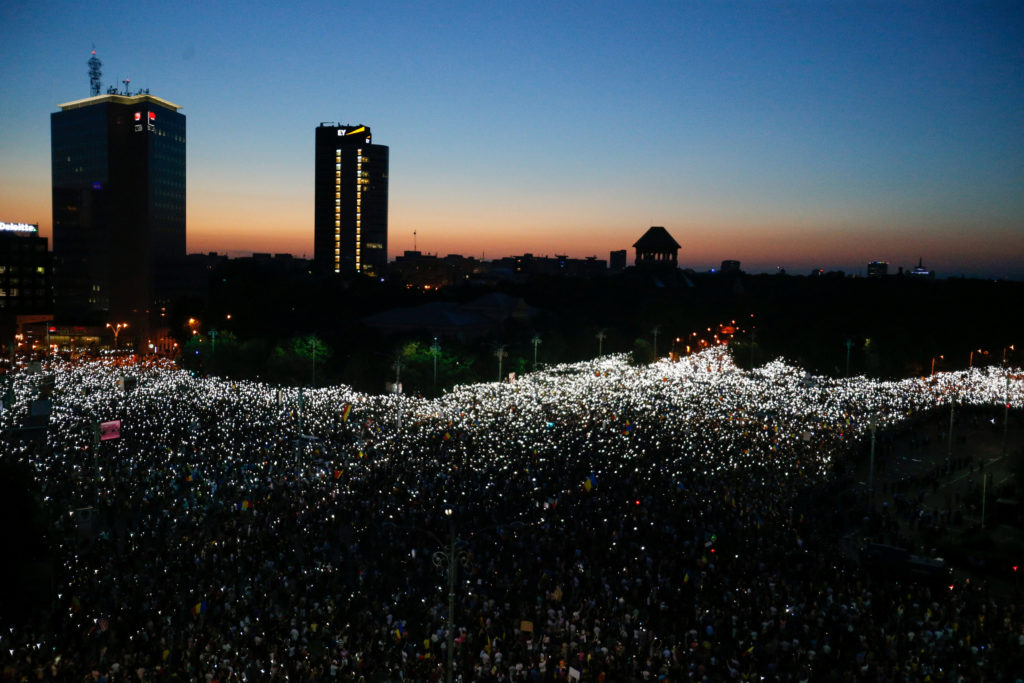 Protesters gather during a demonstration in Bucharest, Romania, on Aug. 10, 2018. Photo by Inquam Photos/Adriana Neagoe via Reuters

But President Klaus Iohannis, a critic of the left-wing government, condemned “the brutal intervention of riot police” on Friday night.

Three journalists said they were also subjected to police violence.

Austrian public broadcaster ORF said Saturday that a cameraman covering the protest was hit by police with truncheons and the TV presenter with him was shoved up against a wall. A journalist filming the rally for Romania’s Hotnews online website said he was kicked and shoved by riot police.

Isabela Conduruta, a 45-year-old Romanian who’s worked as a cleaner for 12 years in Germany, explained why she joined Saturday’s protest.

“We want to return to Romania, but there’s too much corruption and the health care is dismal,” she told The Associated Press.

Left: Thousands of Romanians joined an anti-government rally in the capital Bucharest, Romania, on Aug. 10, 2018. Photo by Inquam Photos/Octav Ganea via Reuters