ROME — The Arctic storm dubbed the “Beast from the East” saw temperatures across much of Europe fall Monday to their lowest level this winter and even brought a rare snowstorm to Rome, paralyzing the city and giving its residents the chance to ski, sled and build snowmen in its famous parks and piazzas.

Rome’s schools were ordered closed, while train, plane and bus services were crippled. Italy’s civil protection agency even mobilized the army to help clear slush-covered streets as a city used to mild winters was covered by a thick blanket of snow.

“Beautiful, beautiful!” marveled Roman resident Ginevra Sciurpa, who donned a fur hat and thick scarf to brave the cold. “Even though I’m not a child anymore, the enthusiasm for the snow is still the same. It is always beautiful, and above all I didn’t have to go to work.”

By noon the snow had all but melted, but freezing temperatures expected overnight prompted officials to close Rome schools on Tuesday for a second day and warn of continuing traffic and train chaos due to the ice that was already forming on slick cobblestone sidewalks and streets. 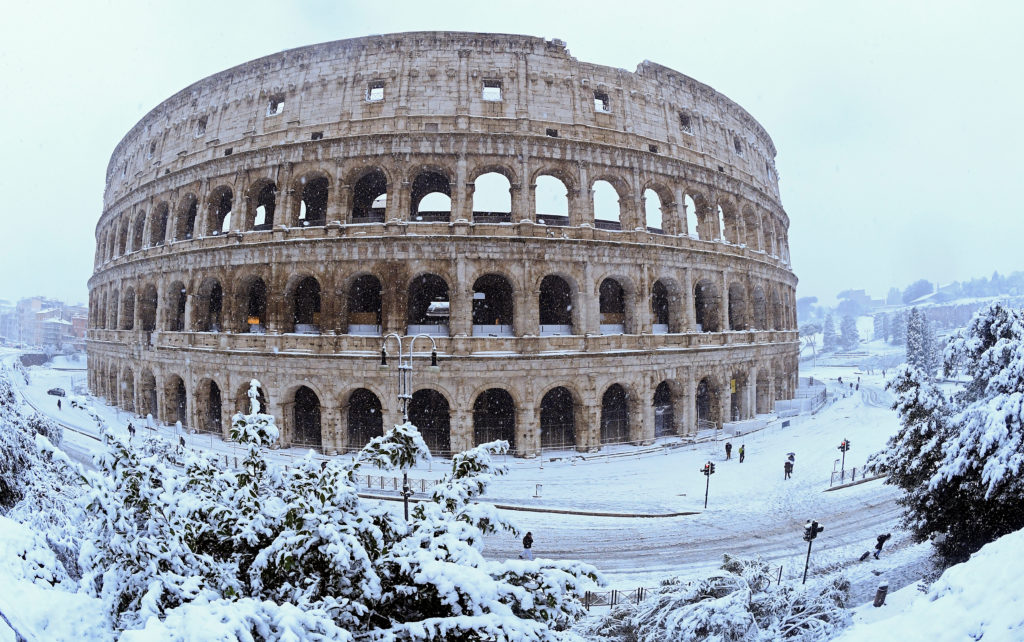 The Colosseum in Rome is covered in snow on Feb. 26. Photo by Alberto Lingria/Reuters

Parks that usually stay green through winter were blanketed white, giving eager Romans a rare opportunity to go sledding, snow-shoeing or skiing. Even the Circo Massimo became a hotspot for snowball fights, while Piazza Navona, with its famed Bernini fountains, turned into a snow-dusted winter wonderland.

Rome’s Mediterranean climate and proximity to the sea usually result in mild winters, such that restaurants often keep outdoor seating open, albeit with space heaters, even through the coldest months of the year.

Elsewhere in Europe, the storm set dangerously low temperatures: Lithuanian officials said temperatures that plunged to as low as minus 24 degrees Celsius (minus 11 Fahrenheit) in some places were to blame for the deaths of at least three people over the weekend. Hospitals in Lithuania and Latvia have reported an uptick in people being treated for hypothermia and frostbite.

Swedish Prime Minister Stefan Lofven’s car skidded off the road in a snowstorm north of Stockholm and smashed into railing, one of several snow-related traffic accidents in Sweden. He was uninjured.

Meteorologists in Germany, meanwhile, reported a record low for this winter of -27 C (-16.6 F) on the Zugspitze mountain in the Alps. Moscow, as well, recorded its coldest night this winter, with the mercury dipping to nearly -20 C (-4 F) on Sunday night. 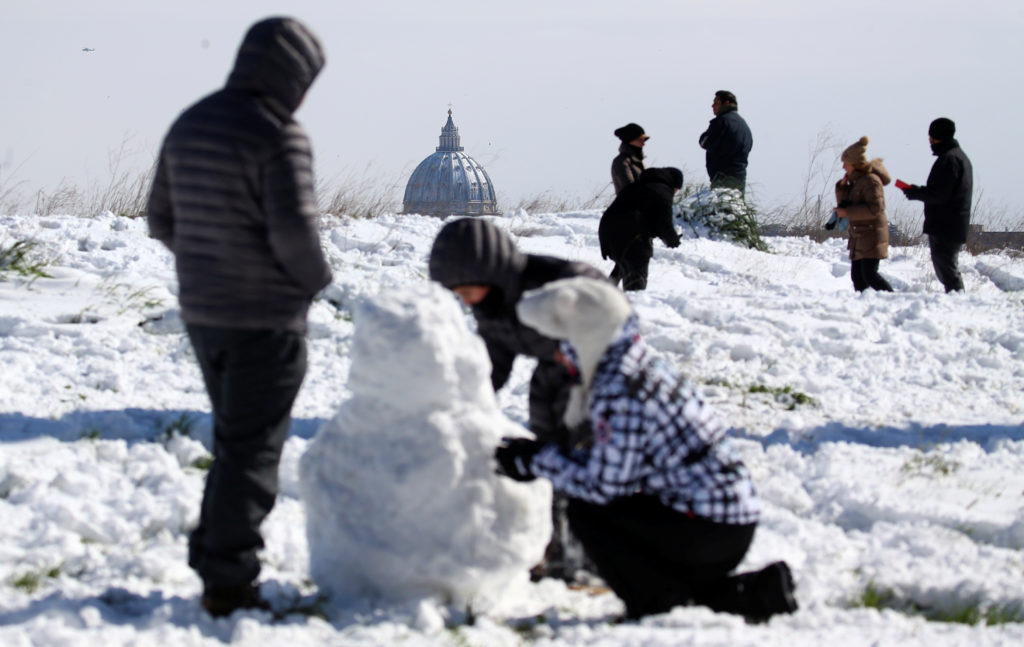 Saint Peter’s Basilica is seen in the background as people enjoy the snow in Rome, Italy on Feb. 26. Photo by Alessandro Bianchi/Reuters

Doctors in Britain warned that the already-stretched National Health Service may have trouble coping with extra patients affected by what meteorologists are forecasting will be days of cold and high winds. British Airways canceled a number of short-haul flights into and out of Heathrow Airport.

The intense winter weather has been dubbed “The Beast from the East” by British tabloids, citing the Siberian Arctic as the source of the frigid temperatures. The storm system has moved progressively south and west and is expected to bring continued cold and snow for several days over much of Europe.

In Croatia, about 1,000 soldiers joined in the clearing operations in the worst-affected areas, where over 1.5 meters (some 5 feet) were reported. 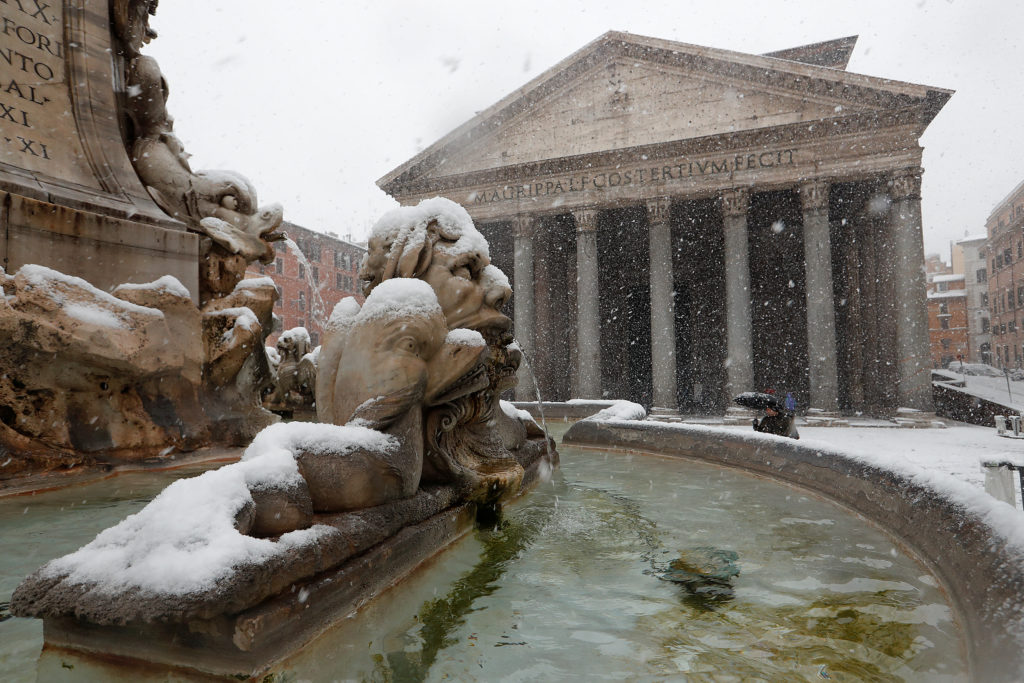 Snowflakes float around the Pantheon in downtown Rome on Feb. 26. Photo by Remo Casilli/Reuters

Left: A priest throws a snowball in Saint Peter's Square at the Vatican on Feb. 26. Photo by Max Rossi/Reuters