The royal couple had a daughter, and Charlotte is her name

The Duke and Duchess of Cambridge are delighted to announce that they have named their daughter Charlotte Elizabeth Diana.

The daughter of the duke and duchess of Cambridge, William and Catherine, she is fourth in line to the throne and her formal title will be Her Royal Highness Princess Charlotte of Cambridge. The names are likely a nod to Prince Charles, Queen Elizabeth and the late Princess Diana — her grandfather, great-grandmother and grandmother.

The name Charlotte first gained popularity in the 18th century when it was the name of King George III’s queen. In the U.S., the Social Security Administration ranked the name Charlotte as the 11th most popular in 2013, up eight slots from the previous year. 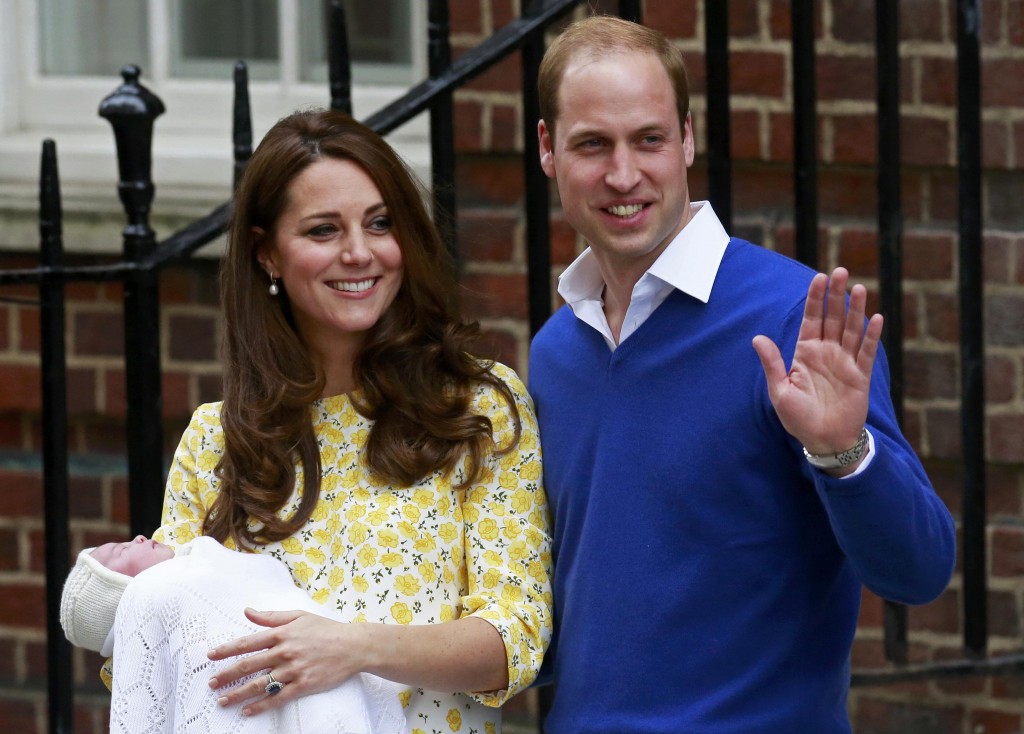 Britain’s Prince William and his wife Catherine, duchess of Cambridge, appear with their baby daughter outside the Lindo Wing of St. Mary’s Hospital in London. Photo by Cathal McNaughton/Reuters

Charlotte was born on Saturday in the Lindo Wing of London’s St. Mary’s Hospital weighing 8 lbs 3 oz. She made her first public appearance later in the day as her parents prepared to take her home, greeted by the throngs of media who had camped out for weeks to capture the moment.

Left: Her Royal Highness, Princess Charlotte of Cambridge is cradled in her mother's arms just hours after she was born on Saturday. Photo by John Stillwell/Reuters