Ukrainian parliament, the Verkhovna Rada, posted a photo of clouds of smoke around the TV tower, which is a couple miles from central Kyiv and a short walk from numerous apartment buildings. Kyiv Mayor Vitali Klitschko said an electrical substation powering the tower and a control room on the tower were damaged from the hit.

The head of Ukrainian President Volodymyr Zelenskyy’s office, Andriy Yermak, said on Facebook that a “powerful missile attack on the territory where the (Babi) Yar memorial complex is located” is underway.

ANALYSIS: Putin’s claim that war on Ukraine is to target Nazis is absurd. Here’s why

Babi Yar, a ravine in Kyiv, is where nearly 34,000 Jews were killed within 48 hours in 1941 when the city was under Nazi occupation. The killing was carried out by SS troops along with local collaborators. 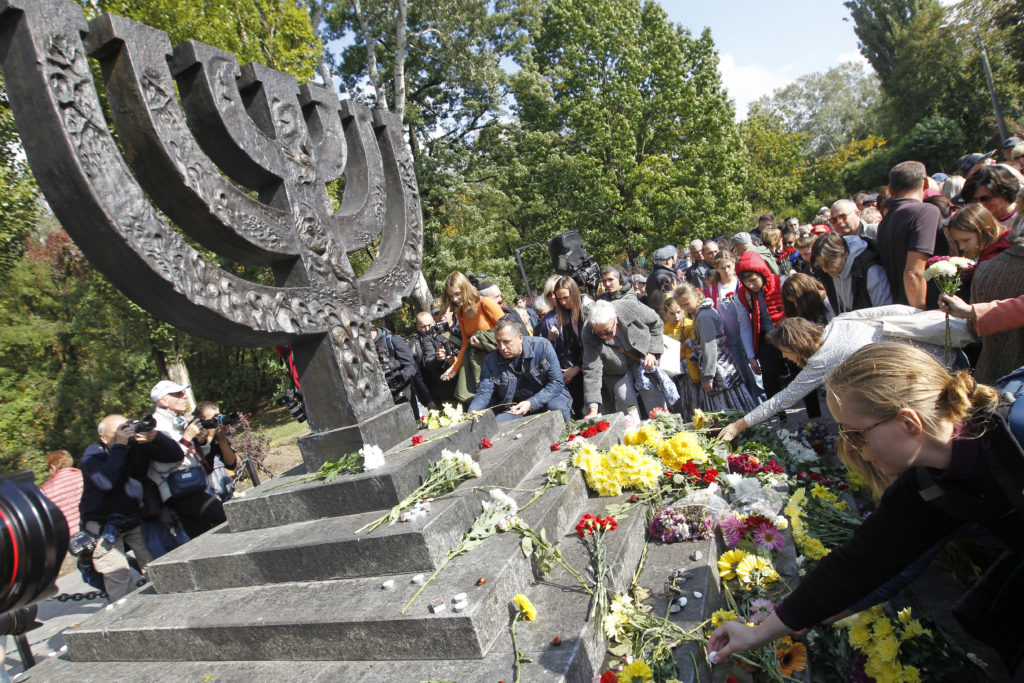 People lay flowers and stones at the Menorah memorial during a mourning ceremony commemorating the victims of the 1941 Babi Yar massacre in Kyiv, Ukraine, in 2019. Photo by STR/NurPhoto via Getty Images

Left: A TV tower explodes following an attack by Russian forces, amid Russia's invasion of Ukraine, in Kyiv on March 1, 2022, in this still image taken from a video obtained from social media. Youtube MEDplus/via REUTERS