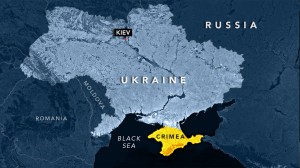 WASHINGTON — U.S. defense officials said Friday that Russian fighter jets flew into Ukrainian airspace a handful of times over the last 24 hours, in what one called a continued provocation of the heightened tensions in the region.

The officials said it’s not clear what the intent was, but the aircraft could have been testing Ukrainian radar or making a show of force.

Col. Steve Warren, a Pentagon spokesman, confirmed the flights, adding that the U.S. is calling on the Russians “to take immediate steps to de-escalate the situation.”

The flights come as Russia increases military exercises along the Ukraine border, including moving a broad array of fixed wing and rotary aircraft, infantry and armored troops. The exercises inflame worries about a potential Russian military incursion into Ukraine.

The West has threatened additional sanctions against Russia over its annexation of Ukraine’s Crimean region in March and the ongoing escalation of military operations along the border.

Army Gen. Martin Dempsey, the chairman of the Joint Chiefs of Staff, spoke with his Russian counterpart, Gen. Valery Gerasimov, yesterday, but officials were not able to provide details of the conversation.

Warren said U.S. officials have let Russian defense ministry officials know that Defense Secretary Chuck Hagel would like to speak to his counterpart, Russia Defense Minister Sergei Shoigu. There has been no response yet, Warren said.

This is the second set of military exercises conducted by the Russians along the border region. The latest exercises were quickly denounced by Hagel, who called them “dangerously destabilizing” and “very provocative.” If such activities escalate, they will make it more difficult to find a diplomatic solution to the situation in Ukraine, Hagel said, speaking in Mexico City.

A shattered Beirut emerges from the rubble after deadly explosions