Ederlidia Gariza was working as a seamstress in Apartado, a rural town in northeastern Colombia, when a paramilitary group came calling.

Carlos Castaño, former leader of the now extinct paramilitary organization called the United Self-Defense Forces of Colombia (AUC), was looking for an experienced seamstress to make uniforms for his combatants and he had heard about her sewing prowess.

“The AUC first contacted me to request a handmade leather bag,” recalled Gariza, who was pregnant with her third child at the time. “A week later, Carlos Castano himself came to thank me for the ‘great work’ I performed — and paid me cash.”

She started working for the group in 1999 and before she knew it was the head seamstress, managing a team of 40 women.

“I was divorced and had two children to take care of, so I really needed the job.” Gariza stayed in the organization for almost six years, then decided to leave in 2005 after she learned about the government’s demobilization program, which helps former combatants to reintegrate back into society and reenter the workforce.

“It was really hard for me to be away from my kids,” said Gariza, who had to leave her children under her mother’s care while she worked for the group.

“But the most difficult times were the days when the military confronted the AUC,” she said. “I was constantly running and hiding to protect myself.”

Life in civilian society became another battle for Gariza when she tried to reenter the workforce.

“People have a hard time trusting former combatants and often think of us as dangerous people,” she said. “But that is not my case.”

The 50-plus year conflict in Colombia between the government and rebel groups killed more than 220,000 people and displaced 6 million. Last month, the Colombian government and the FARC, the largest rebel group in the country, agreed to a cease-fire after three years of negotiations.

The AUC, Gariza’s former group, was completely disbanded by 2006. “Even though I was not an actual armed combatant, I’m still portrayed as one because I was collaborating with an illegal group, as their uniform maker,” she said. 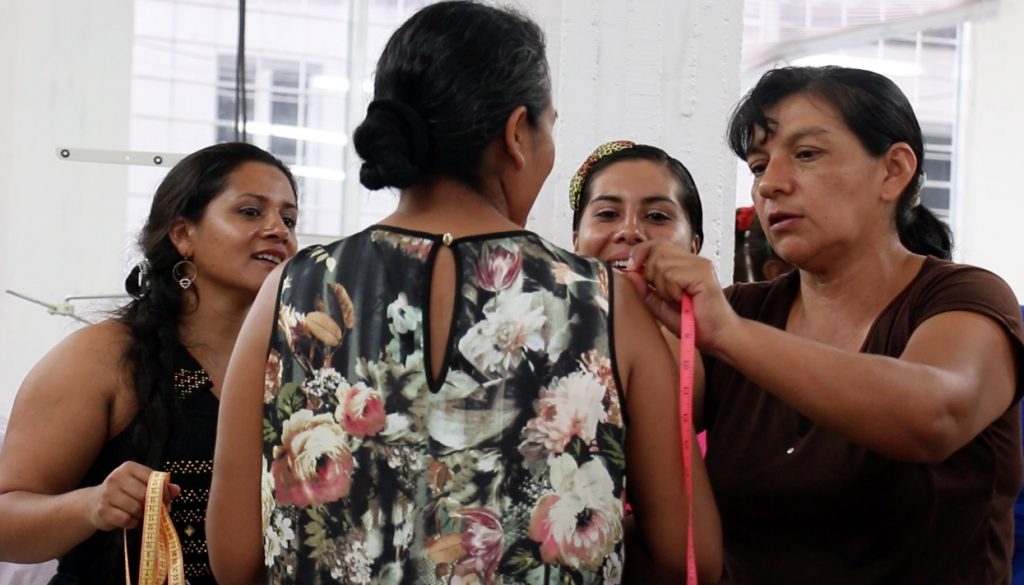 Gariza enrolled in clothing design workshops run by the Colombian Agency for Reintegration (ACR), a group established in 2003 that is helping the government implement its reintegration policies.

But she found she had to resist pressures from other guerrilla groups to join them. So she moved to the country’s capital, Bogotá, to start her own business.

“The ACR introduced me to many companies and I was a great employee. Slowly but surely, I was able to save money and get loans to purchase my own sewing machines,” said Gariza, who currently employs 40 women in her sewing warehouse, located on the outskirts of Bogotá. Most of her employees are former combatants and war victims who were displaced during the conflict.

“I have no stigma whatsoever, we are all equals,” she said. Many of Gariza’s employees come to her with no sewing experience, but she takes a chance on them and offers them an opportunity to learn. “I’ve always liked to help people and teach things that I know. Leadership is in my blood.”

The ACR operates in 34 regional offices throughout the country and has helped almost 50,000 combatants reintegrate into society. The process can take up to seven years and includes assistance in education, psychological support and job skills training.

The job training is provided through SENA, Colombia’s National Service of Learning, which established a formal partnership with ACR in 2007.

According to ACR, former combatants have been trained for various careers and placed in companies such as Coca-Cola Femsa, SODEXO (provider of food services, mechanical and electrical maintenance) and the Chamber of Commerce of Bogotá.

“One of the major components of the reintegration process is to support them in building a new life,” said ACR Director Joshua Minutti. “We have come a long way because we’ve been working for 13 years and each year we continue to grow and improve.”

An estimated 17,000 combatants are expected to reenter society after a peace agreement is finalized, and they’ll be looking for jobs.

“We face a large challenge ahead but I think today’s society is much more open to demobilized people than in years past,” said Minutti. “It is much easier (now) to convince employers to give job opportunities to them.” 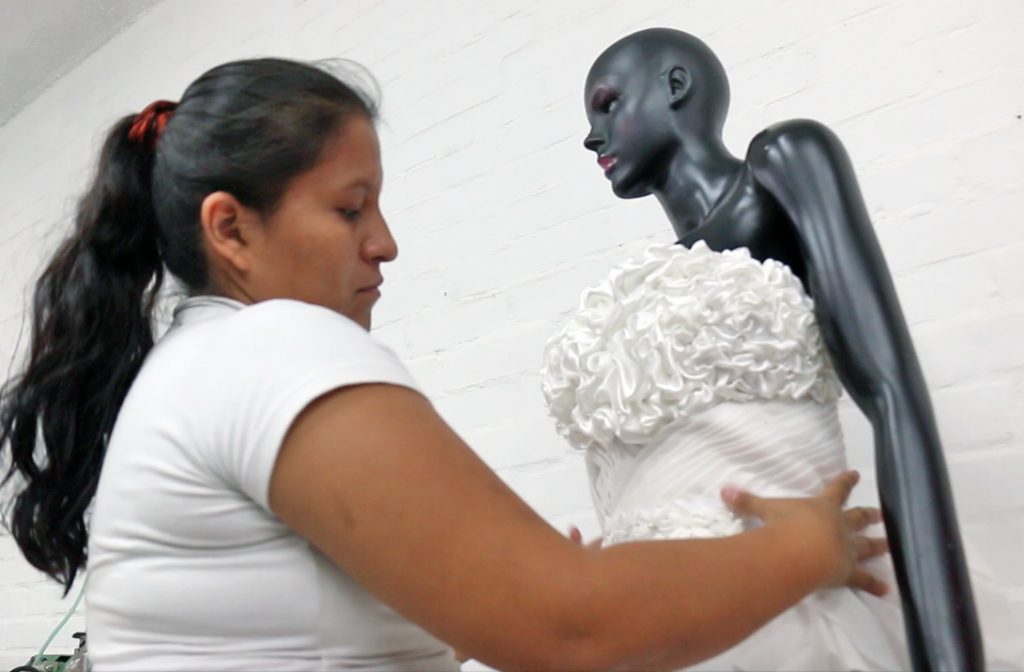 At another ACR job training site, this one about 170 miles from Bogotá, in Valle de Cauca district, dozens of women gathered inside a local middle school to learn sewing skills. Among them was Jeimy Velasquez, a 30-year-old former FARC combatant. Her story was similar to the others in the group. She grew up in a rural region dominated by guerrillas, so joining the FARC in 2006 was inevitable.

“I had to take frequent trips to the downtown area to run errands for my family. Eventually, members of the FARC began requesting that I run errands for them as well,” Velasquez recalled. “I became one of them.”

Velasquez said she did not support the FARC rebels’ Marxist ideology, but was charged with recruiting new combatants anyway. It was a “very uncomfortable” undertaking, she said.

The new recruits often were not suited for rebel life. “Many times, I had to lie and convince young people that they’d have a good future as combatants,” she added.

After three years, Velasquez fled. Back in society, like Gariza, she had to convince people that she was a good person.

Velasquez, who is now pregnant with her second child, has been taking the ACR sewing workshops for more than two years. She is hoping to start her own business in a year — and give ex-combatants jobs.

“In fact, being able to help others who experienced the same difficulties I did is what motivates me the most to pursue my own business,” she said.

The International Women’s Media Foundation supported the reporting as part of the Adelante initiative.

Left: Ederlidia Gariza, a former member of a paramilitary group in Colombia, now has to battle the stigma of her past. Screen image by Debora Silva