Heavy monsoon rains set off the worst flooding the nation has seen in 80 years last week and more torrential rain was seen Wednesday in the northwest of the country. With more bad weather predicted and the government and aid workers struggling to reach flood victims, fears of more deaths and possible disease outbreaks from waterborne illness are growing. 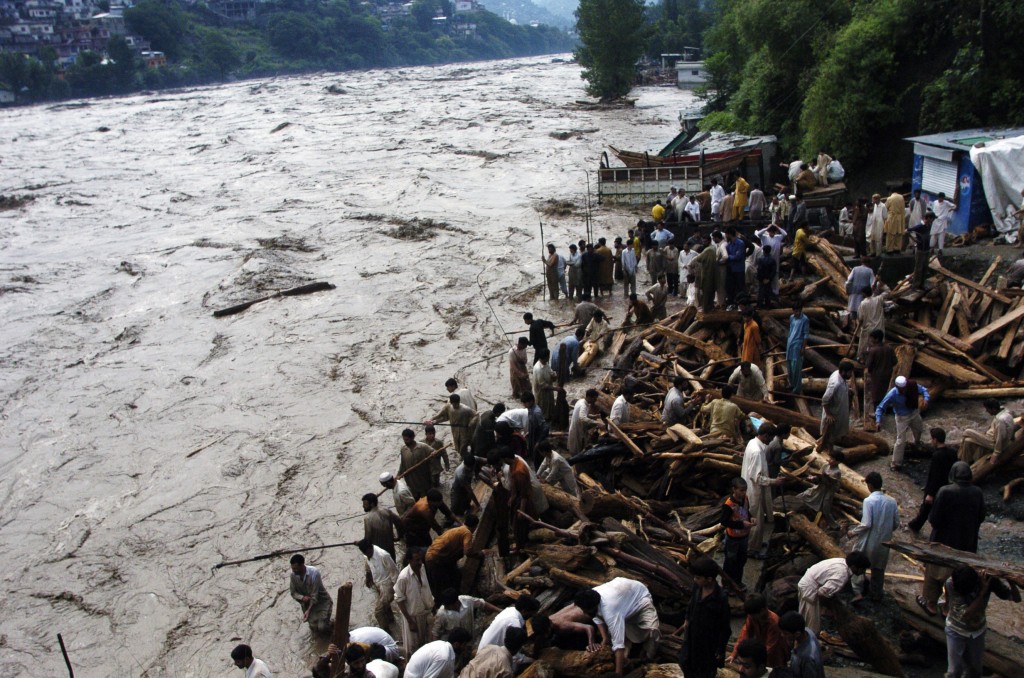 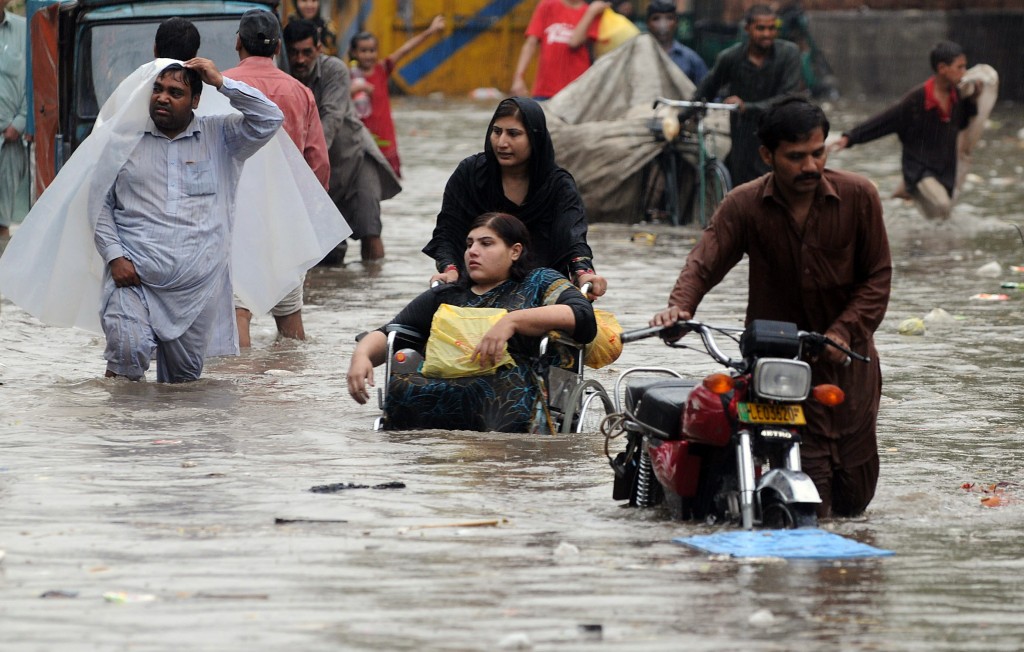 Wading through the streets of Lahore
About 2 million people were forced to leave their homes because of the floods. AFP/Getty 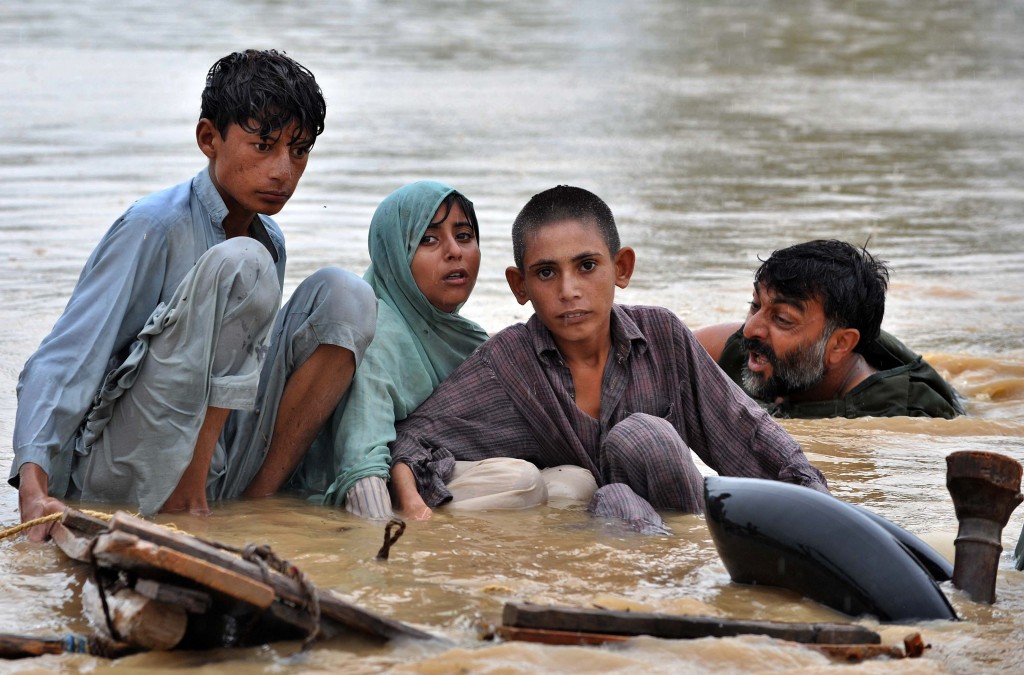 Scrambling to safety
Flood victims told Reuters they were given no warning of the rains, and have received little help from authorities. AFP/Getty 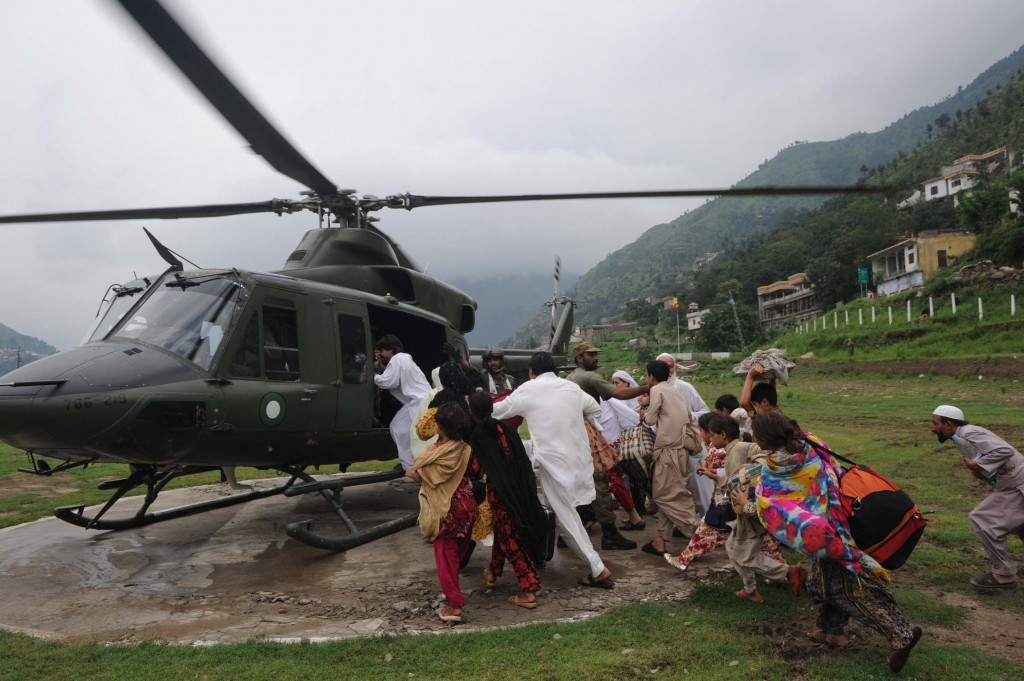 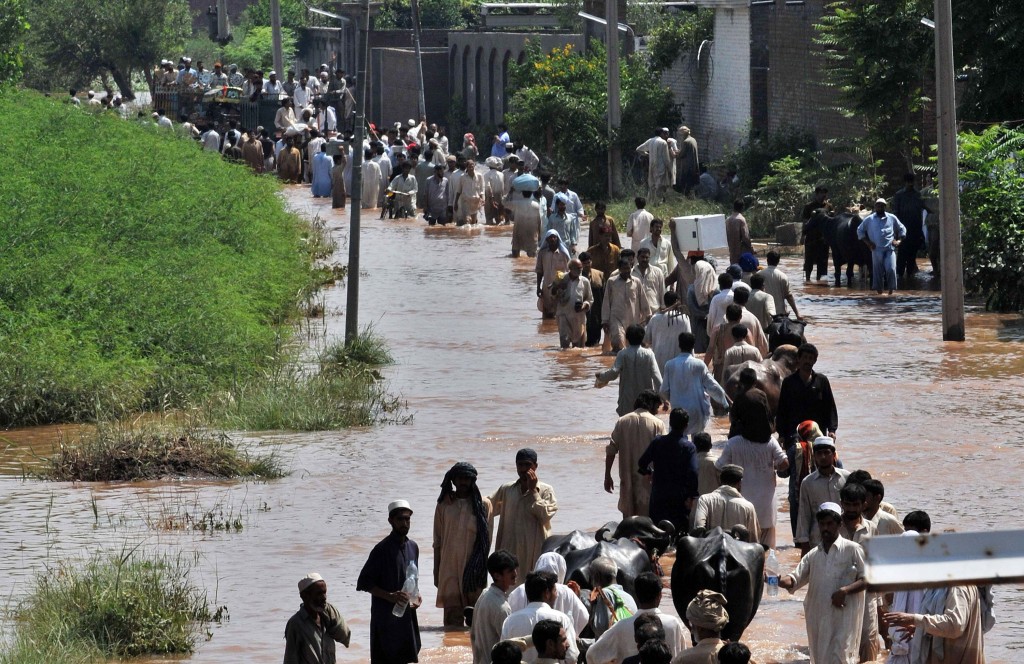 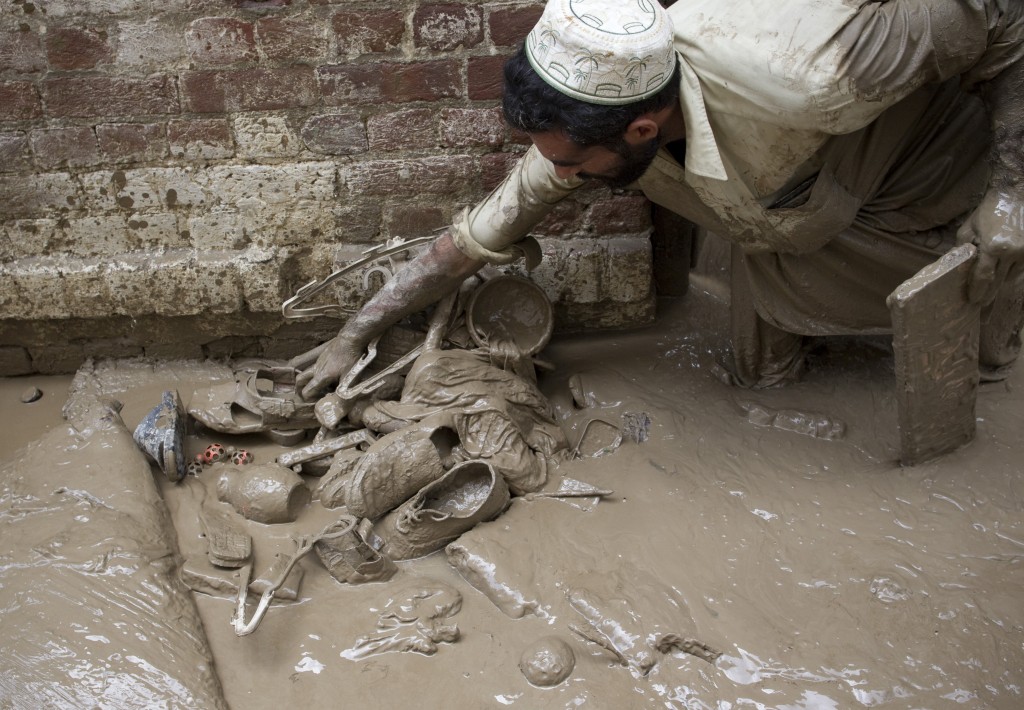 Possessions
A Pakistani man gathers some of his belongings from his flooded home. AFP/Getty 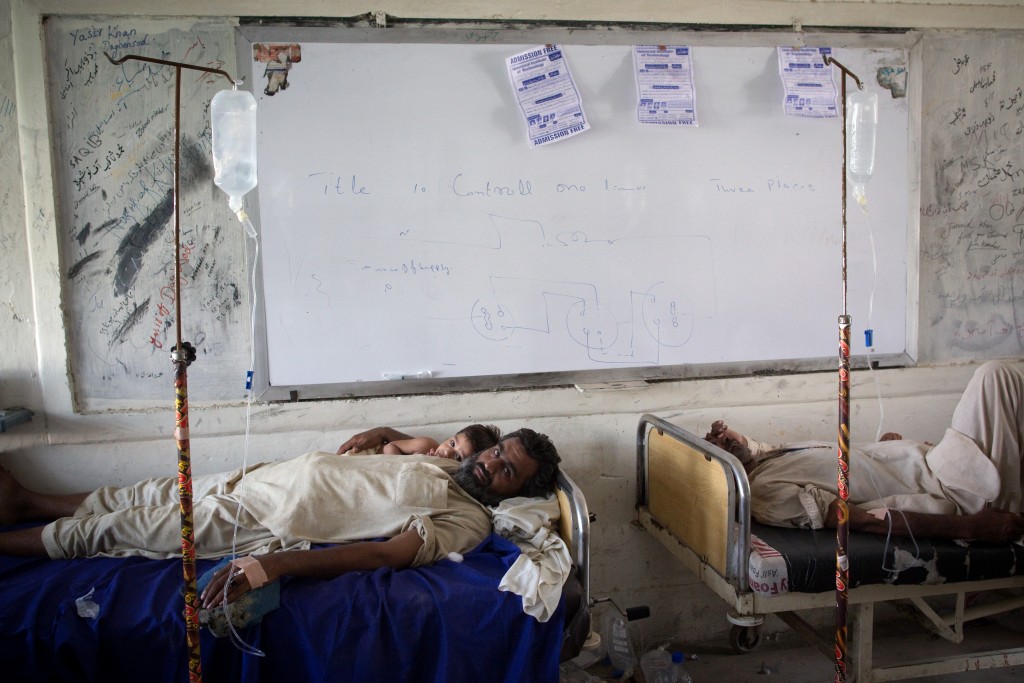 Field hospital in an old college
With infrastructure washed out and dirty water all around, fear of waterborne disease outbreaks is high. 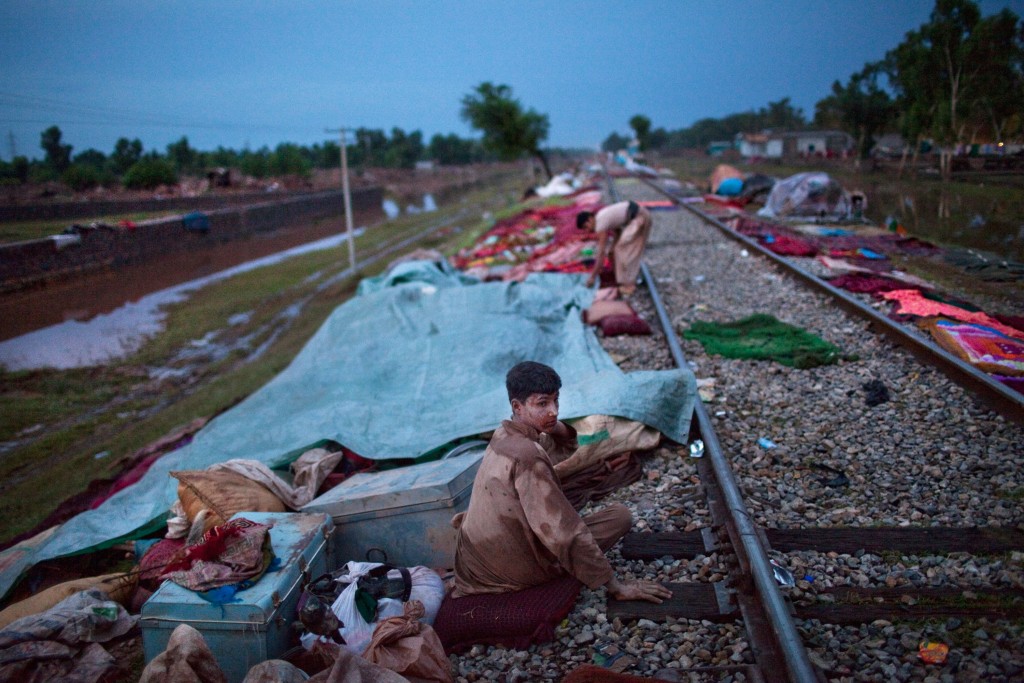 Higher ground
More rain is expected to hit Pakistan, worsening the situation for the country’s many displaced. AFP/Getty 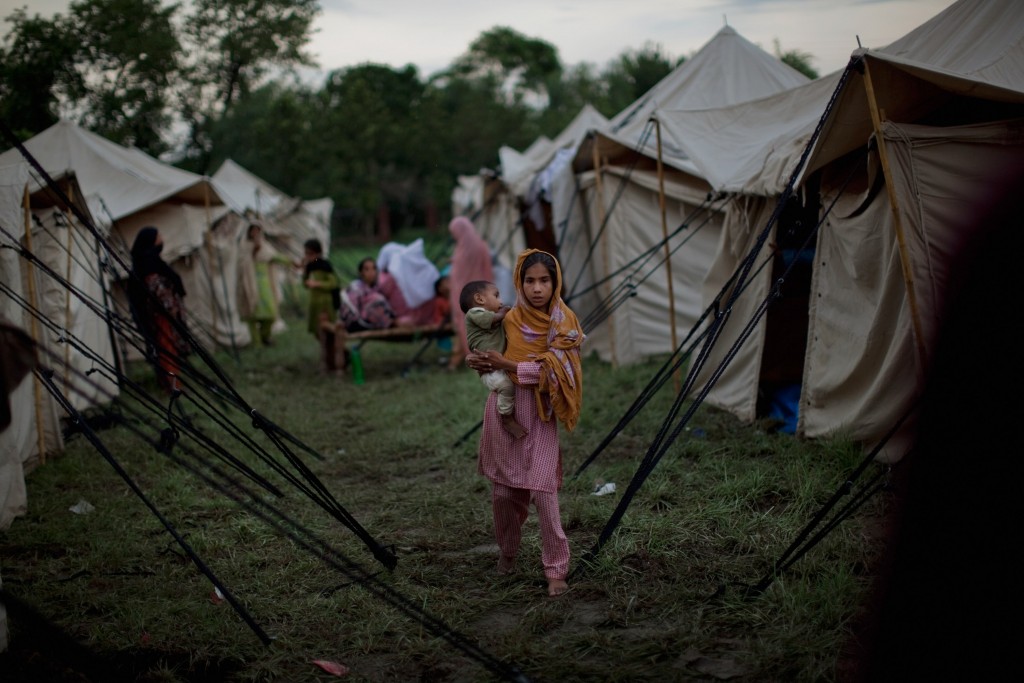 Tent camp
The U.N. is warning that an estimated 1.8 million people will need food and care in the coming weeks. AFP/Getty 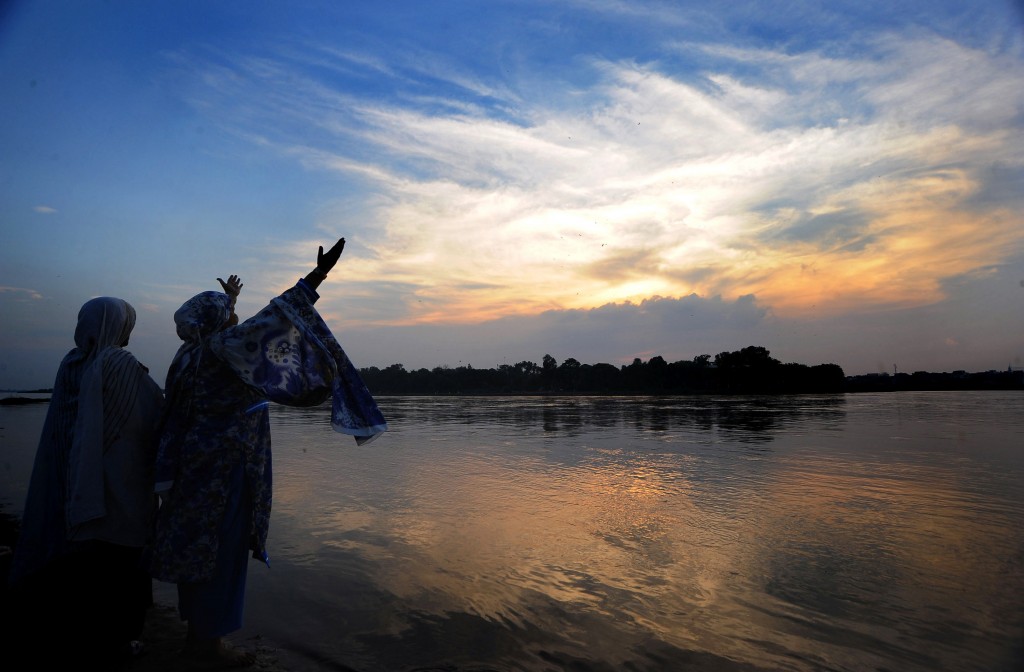 Prayer
Pakistani women pray at sunset by the Ravi river in Lahore. AFP/Getty

Also, be sure to watch an on-the-ground report from Kylie Morris of Independent Television News from Tuesday’s PBS NewsHour.