COLOMBO, Sri Lanka (AP) — Sri Lankans protesting for days near the president’s office criticized a lack of progress in finding those responsible for the deaths of more than 260 people in Islamic State-inspired bombings on Easter Sunday three years ago, piling pressure on the government already embroiled in a deep economic crisis.

The protesters demanded the government uncover what they called the real conspirators behind the attacks on three churches — two Catholic and one Protestant — that included simultaneous suicide bombings during Easter celebrations on April 21, 2019. Three tourist hotels were also targeted, killing 42 foreigners from 14 countries.

On Sunday, hundreds of people lit candles and displayed banners and placards during a silent protest in the capital, Colombo, calling for justice for the victims of the attacks. 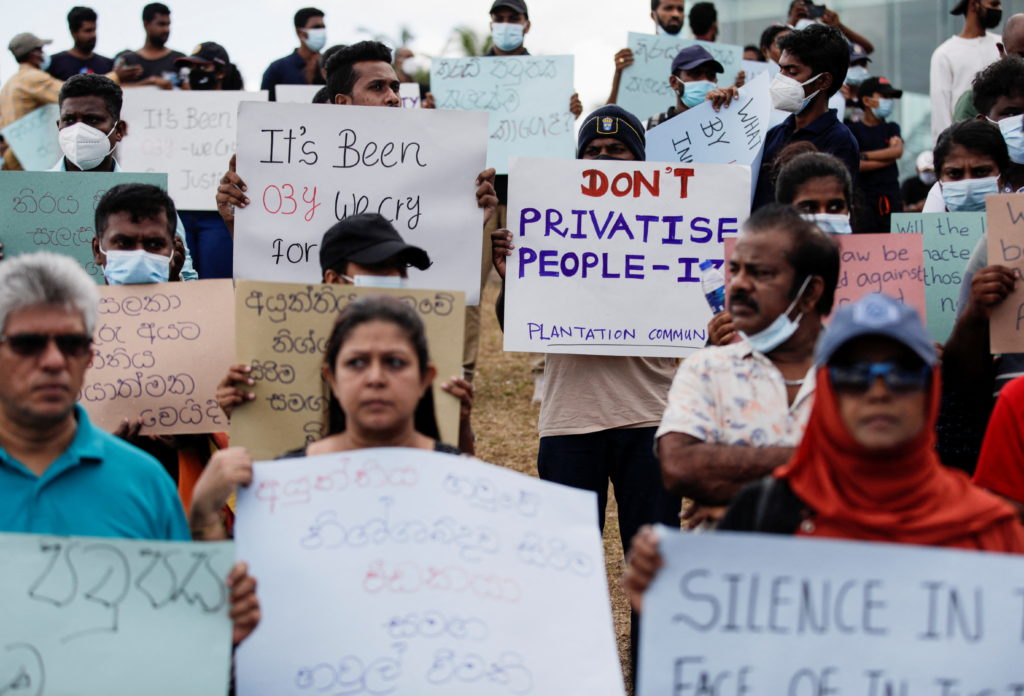 Demonstrators holding placards attend a protest to demand justice for the April 2019 Easter Sunday bomb attack, on the third anniversary of this attack, near the Presidential Secretariat, amid the country’s economic crisis, in Colombo, Sri Lanka, April 17, 2022.Photo by Navesh Chitrakar/Reuters.

The demonstrations were held at Colombo’s main esplanade, where thousands of people have been protesting for eight days to demand the resignation of President Gotabaya Rajapaksa over the worst debt crisis that has caused critical shortages of fuel, food and medicines in the Indian Ocean island nation.

Protesters including relatives of the victims accused the government of failing to deliver justice for the bombings. They displayed a huge banner that read: “It’s been 3 years, we cry for justice” and placards that read: “Who was behind this attack?”

“My entire family is gone. Today, I live a very lonely life. I have no words to explain my agony,” said Shiran Anton, whose wife and only daughter died in the attacks.

“I want to find out who the real culprits were behind this attack and why they did it,” he said, adding he was not satisfied with the investigation.

Officials have charged dozens of people who allegedly received weapons training and participated in indoctrination classes from the two local Islamic extremist groups accused of carrying out the attacks.

The groups had pledged allegiance to the Islamic State group. Friction between the country’s former president and former prime minister — who belonged to different political parties — was blamed for the failure to act on the intelligence warnings. 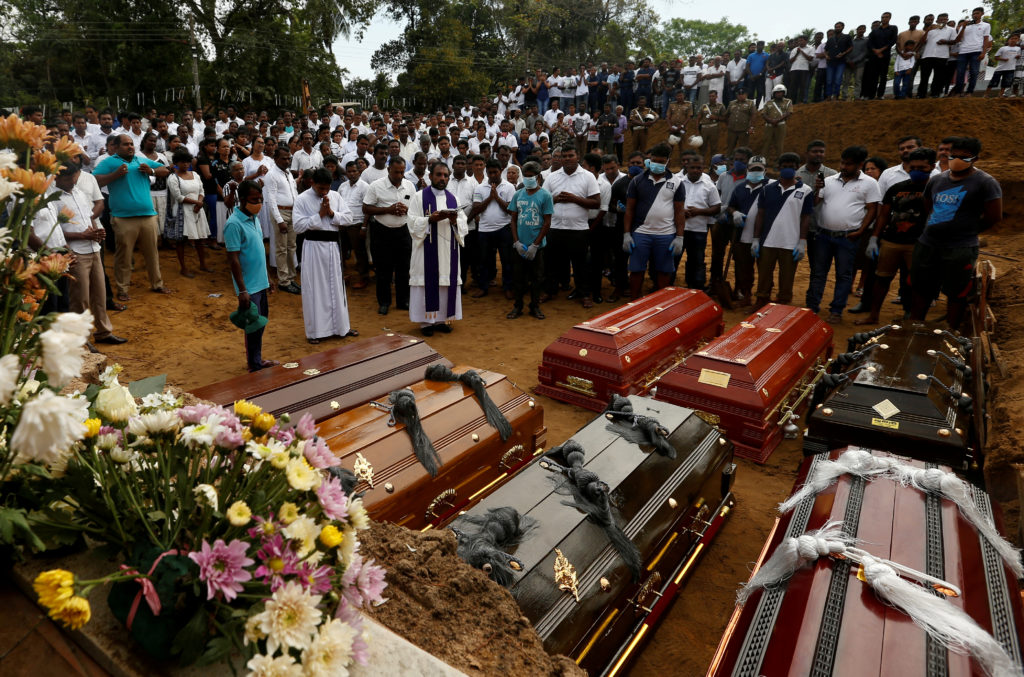 People participate in a mass funeral, of the seven victims belonging to one family, in Negombo, three days after a string of suicide bomb attacks on churches and luxury hotels across the island on Easter Sunday, in Sri Lanka April 24, 2019. Photo by Thomas Peter/Reuters

The Catholic Church in Sri Lanka has also been critical of the investigation into the bombings. Church leaders have repeatedly blamed Rajapaksa’s government for not taking action against former President Maithripala Sirisena and other top officials for failing to prevent the bombings.

Archbishop of Colombo Cardinal Malcolm Ranjith has said the true conspirators in the attacks could still be at large and questioned the government over allegations that some members of state intelligence knew and had met with at least one attacker.

The attacks shattered the country’s tourism industry — a key source of hard currency — just a year before the pandemic dealt a heavy blow to the economy. Protesters also blame the government’s mismanagement of the country’s debt payments, including taking loans for dubious investments.

The country is on the brink of bankruptcy, saddled with $25 billion in foreign debt over the next five years — nearly $7 billion of which is due this year alone — and dwindling foreign reserves. Talks with the International Monetary Fund are expected later this month, and the government had turned to China and India for emergency loans to buy food and fuel.

Much of the anger has been directed at Rajapaksa and his elder brother, Prime Minister Mahinda Rajapaksa, who head an influential clan that has been in power for most of the past two decades.

Left: A relative of a victim of the April 2019 Easter Sunday bomb attack lights a candle during a protest to demand justice for this attack, on the third anniversary of the event, near the Presidential Secretariat, amid the country's economic crisis, in Colombo, Sri Lanka, April 17, 2022. Photo by Navesh Chitrakar/Reuters.