Typhoon Chan-hom, packing winds of up to 110 miles per hour, hit the southeast coast of China in Zhejiang province Saturday morning, forcing more than a million people to evacuate coastal cities, Reuters reported. 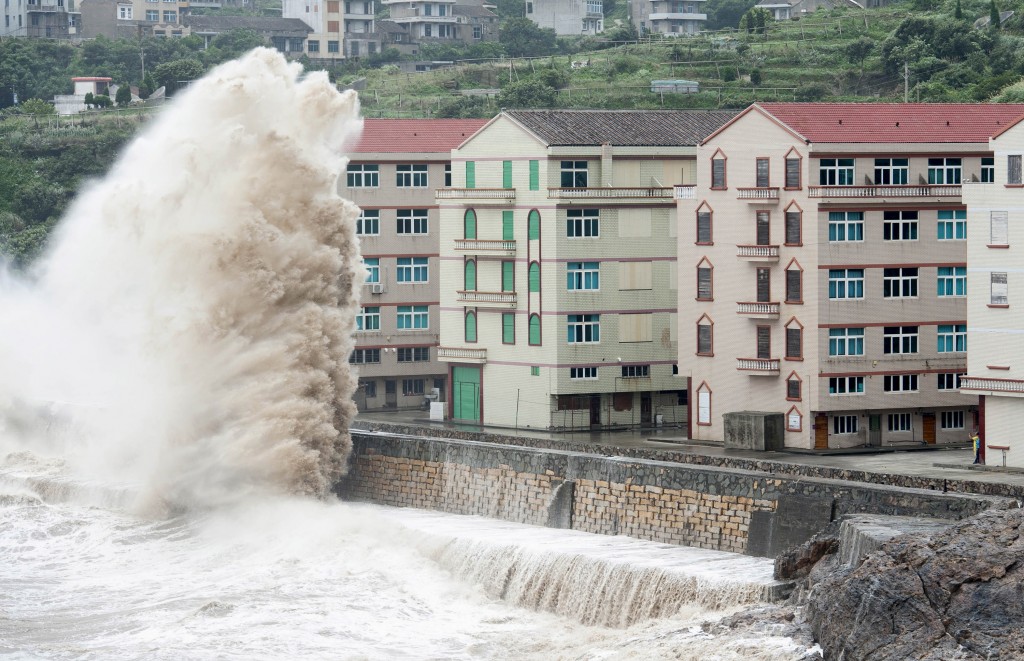 A wave from Typhoon Chan-hom hits the shore next to residential buildings in Wenling, Zhejiang province in China on July 10, 2015. Over 1 million people have been evacuated from coastal cities as the strongest typhoon in 35 years hits eastern China. Photo by Stringer/Reuters

Hundreds of flights were grounded, tens of thousands of ships were docked, and several of the country’s railway services in the affected areas were canceled, as typhoon warnings were issued in cities along the 400-mile coastal zone from Shanghai to Fujian province. 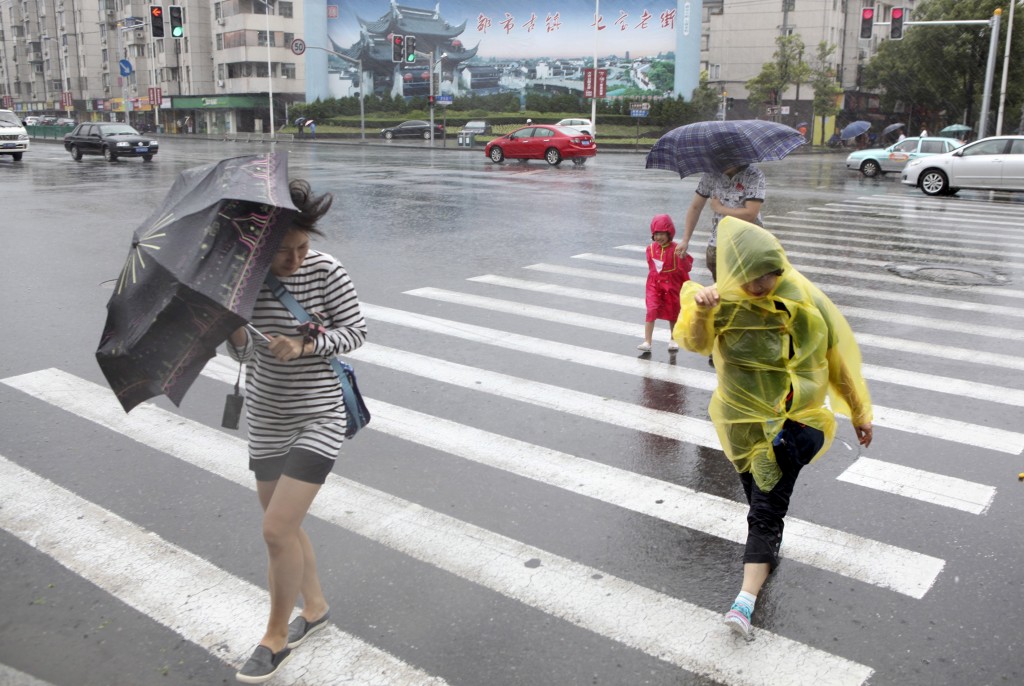 Typhoon Chan-hom is the strongest typhoon to hit within 200 miles of Shanghai in the past 35 years, according to Weather Underground’s Dr. Jeff Masters. 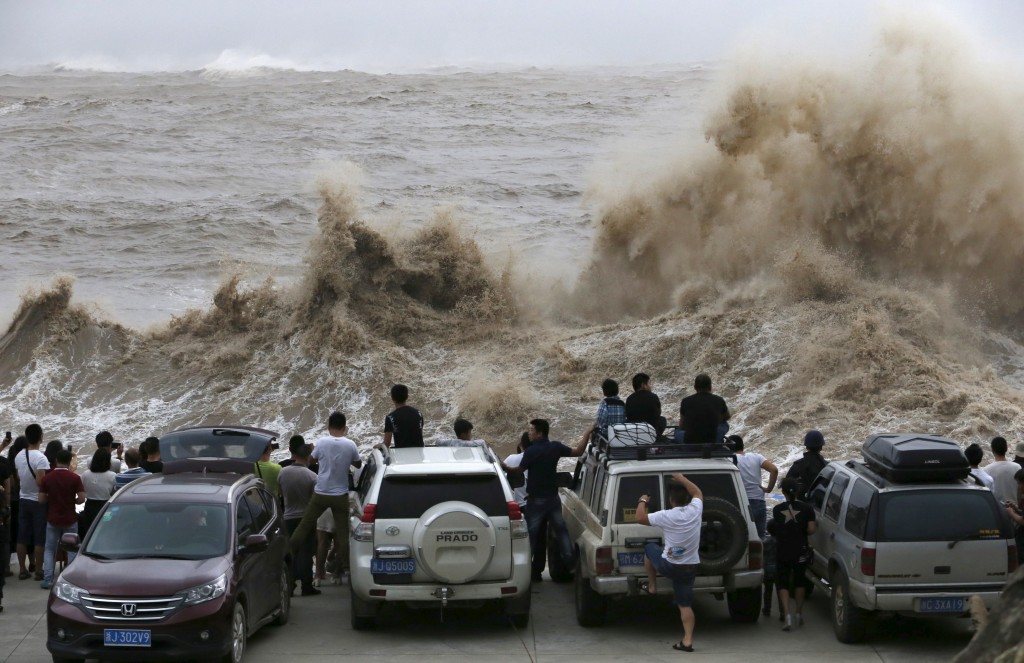 People look on as waves from Typhoon Chan-hom hit the shore in Wenling, Zhejiang province in China on July 10, 2015. Typhoon warnings have been distributed across almost all coastal cities in east China as Typhoon Chan-hom is affecting areas all between Shanghai, Fujian province, and Taiwan. Photo by William Hong/Reuters

No casualties have been reported, but about 390 square miles of farmland have been affected and around 100 homes collapsed from the winds and rain, Chinese news service Xinhua reported. 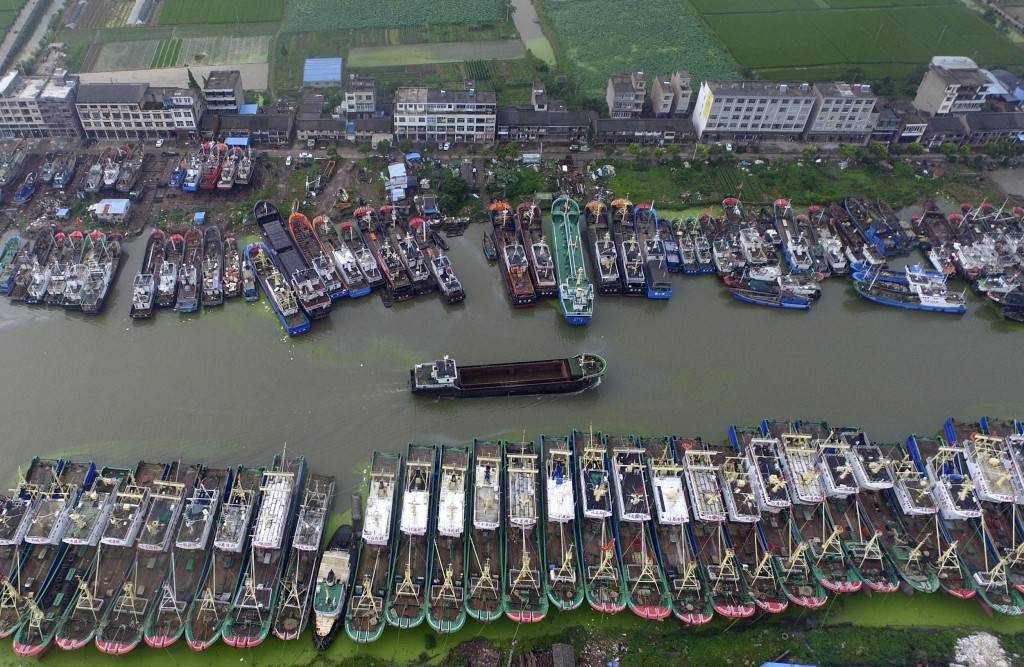 An aerial view shows boats being anchored in a bay as Typhoon Chan-hom approaches Taizhou, Zhejiang province in China on July 9, 2015. Tens of thousands of ships were called back to port as sea levels rise to dangerous heights. Photo by Stringer/Reuters

The Provincial Flood Control and Drought Prevention Headquarters in Zhejiang province expected the agricultural sector to be hit the hardest, estimating $2 billion yuan in agricultural losses. 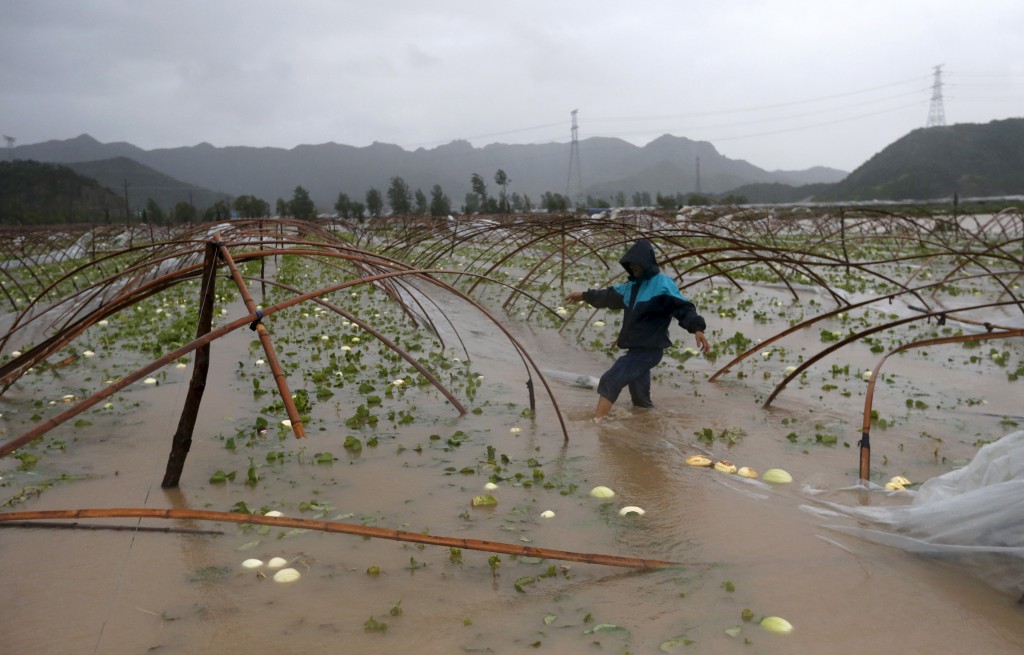 A farmer walks among a flooded watermelon field as heavy rainfall from Typhoon Chan-hom, hits Sanmen county, Zhejiang province in China on July 11, 2015. Many local enterprises have been forced to close due, but the agricultural sector will be hit the hardest with economic losses. Photo by William Hong/Reuters