Students in Pakistan return to school a month after Taliban massacre

Students in Pakistan returned to school today for the first time since Taliban militants stormed into classrooms and killed 134 children at Army Public School in Peshawar last month. 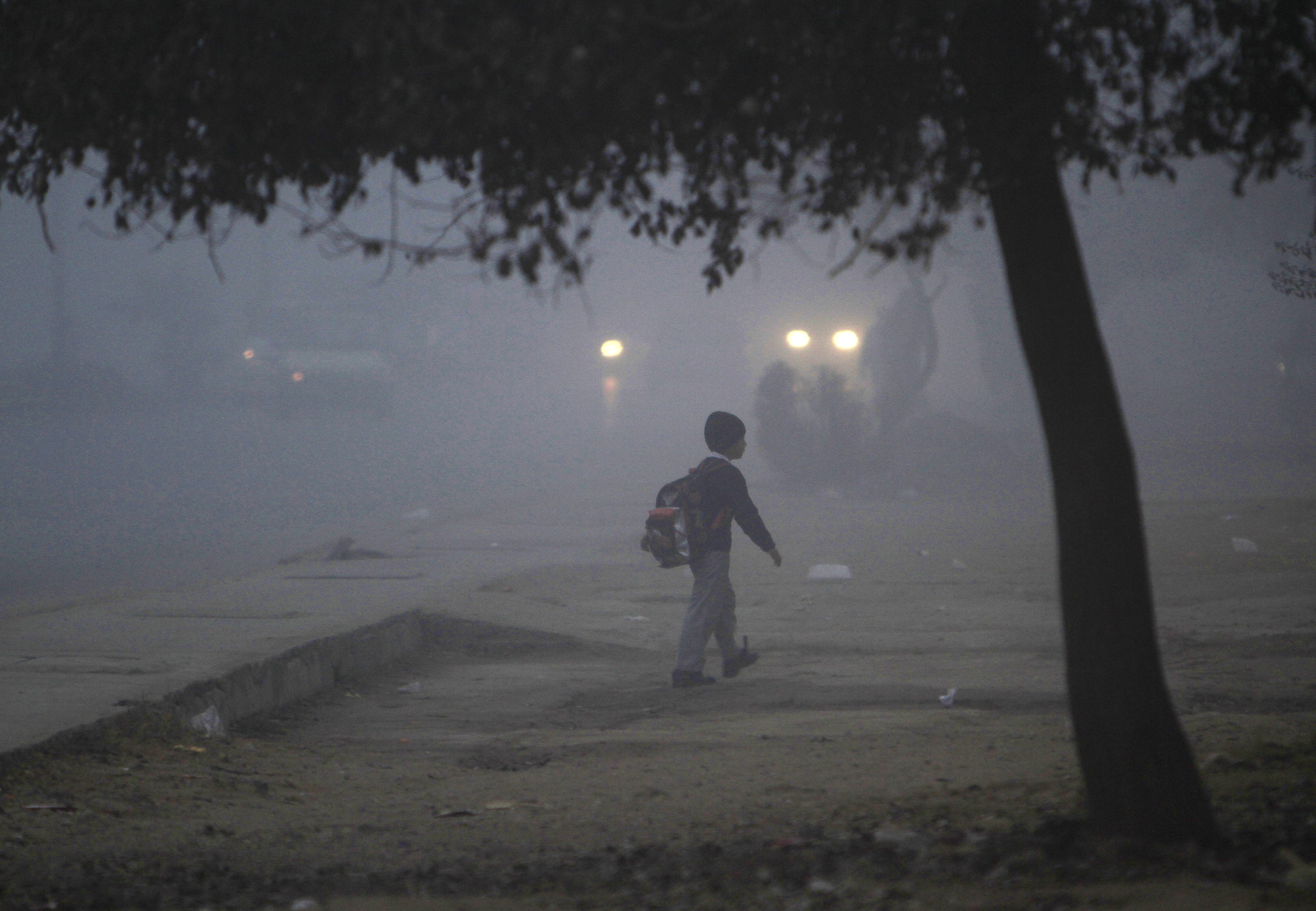 A boy walks in fog while heading to school after it reopened in Rawalpindi January 12, 2015. Photo by Faisal Mahmood/Reuters

Most schools across the country had been ordered shut for an extended winter break following the Dec. 16 attack. In Peshawar, officials promised increased security measures like installing 8-feet high walls around the schools and adding metal detectors.

Emotions were running high as Pakistan Army chief General Raheel Sharif greeted parents and students at the school and invited victims’ families to a private ceremony.

The Pakistani government has been garnering criticism for not being able to respond adequately to curb the militant attacks. U.S. Secretary of State John Kerry met with Prime Minister Nawaz Sharif today, as well as the Army chief, to urge more crackdown on militant groups. 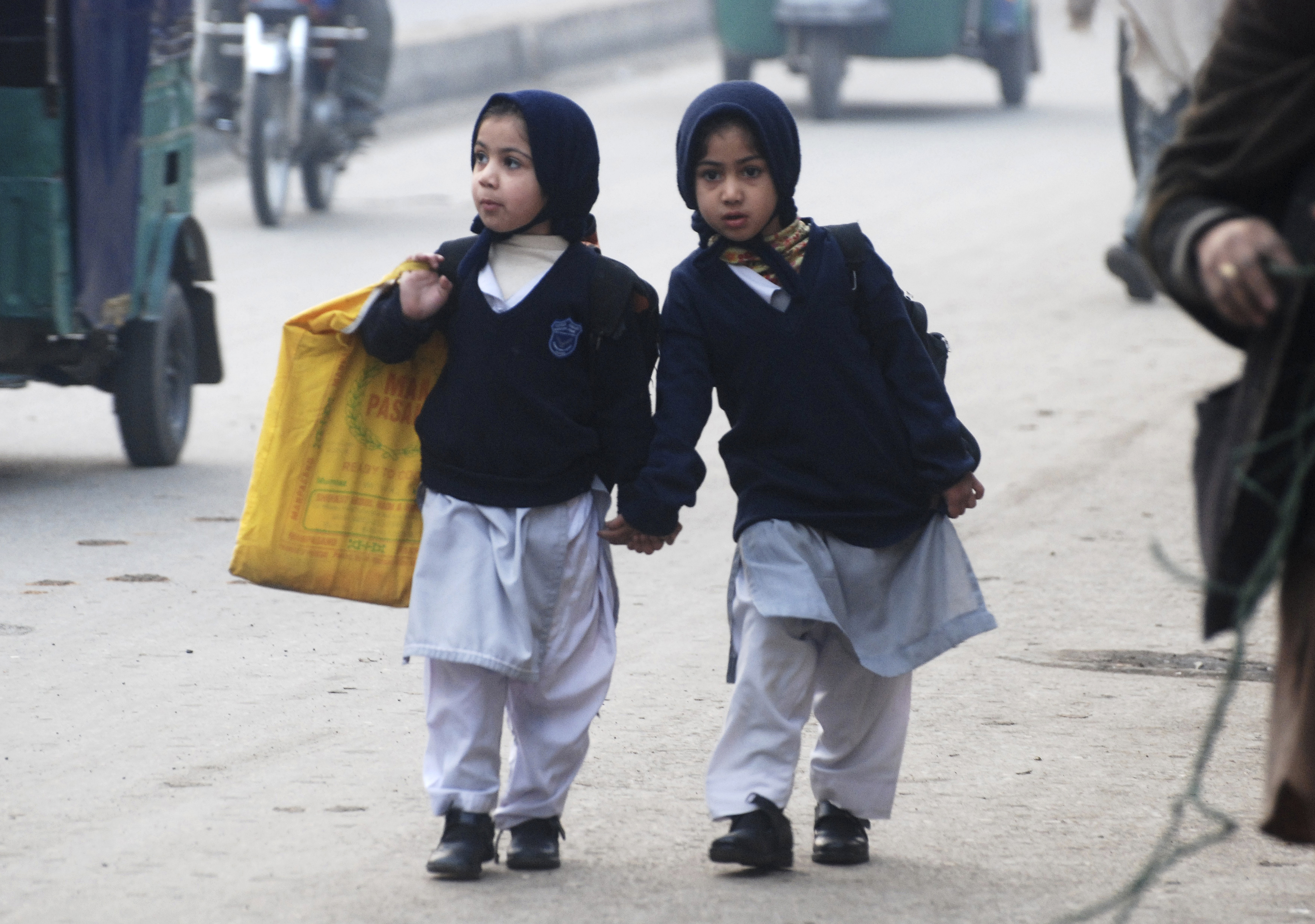 Girls carry their school bags as they walk along a road while heading to their school after it reopened in Peshawar January 12, 2015. Photo by Khuram Parvez/Reuters

Left: Students pray during assembly at a school after it reopened in Peshawar January 12, 2015. Photo by Khuram Parvez/Reuters