The Islamic State group claimed responsibility for the attack, which struck near security headquarters in the predominantly-Kurdish city of Qamishli, located near the Turkish border.

The city was previously the target of IS bombings, most recently in April.

Reuters reported that Wednesday’s detonation was so powerful, it injured two people and shattered windows across the border in the Turkish town of Nusaybin.

“It was a busy road,” Qamishli resident Dawood Dawood told The New York Times via messaging app Viber. “There were many cars, and there were generators that feed the area with power; this is why the damage and death toll were so high.”

A second explosion minutes after the first blast, originally thought to be a motorcycle attack, appeared to come from a gas canister that caught fire by the truck, the Associated Press reported. 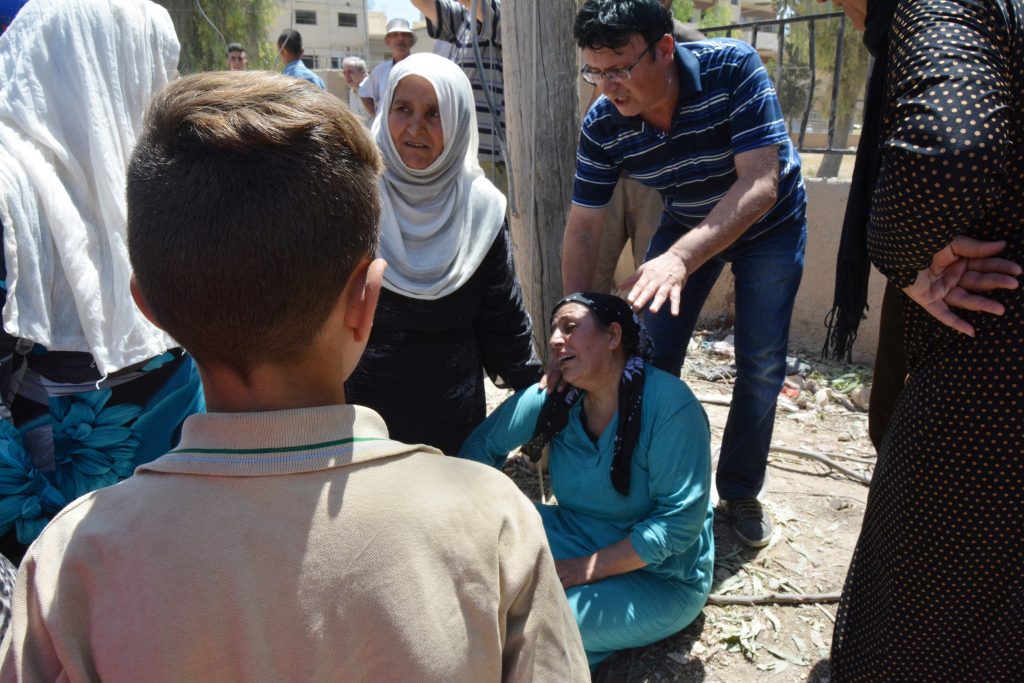 A woman mourns dead relatives at the damaged site in Qamishli. Photo by Rodi Said/Reuters

Kurdish officials said the Islamic State attacked the town because of Kurdish participation in the attempt led by the Syrian Democratic Forces to recapture Manbij from IS.

The IS-linked Aamaq News Agency released a statement after the bombing calling it retaliation for U.S. airstrikes on Manbij and threatening more attacks against Kurds.

Qamishli holds some Syrian government troops but is primarily controlled by Kurdish forces, who intend to create an autonomous region in northern Syria, where they hold large amounts of land.

Left: A man watches as people search for survivors after a suicide bombing hit the northeastern Syrian city of Qamishli on July 27. Photo by Rodi Said/Reuters