BEIRUT — Syrian troops have sent reinforcements to the eastern province of Deir el-Zour close to an enclave controlled by the Islamic State group and along the front with U.S.-backed Kurdish-led fighters, a war monitor and pro-government pages on social media said Saturday.

The reinforcements arrived after U.S. President Donald Trump on Wednesday announced he was pulling all 2,000 U.S. troops out of Syria. Trump has now declared victory over IS, contradicting assessments by his own experts, with many lawmakers calling his decision rash and dangerous.

A senior Kurdish politician on Friday called on France to play a larger role in Syria following the U.S. withdrawal.

The Britain-based Syrian Observatory for Human Rights said the government sent thousands of its elite forces to Deir el-Zour that borders Iraq, where IS holds the last area under its control in Syria. 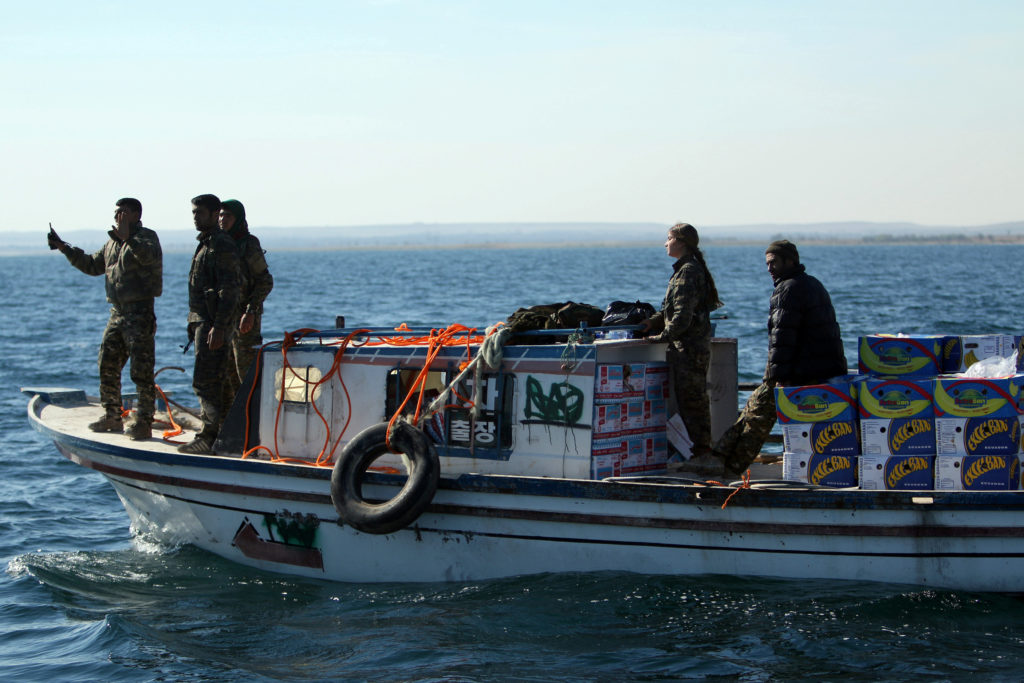 The Observatory said the troops and pro-government fighters were deployed on the west banks of the Euphrates River close to the IS-held enclave, mostly in the towns of Mayadeen and Boukamal. It added that troops brought to the area include members of the Tiger Force, an elite unit that defeated rebels and IS gunmen on several fronts over the past two years.

A pro-government Facebook page posted a photo of Tiger Force commander Brig. Gen. Suheil and also reported that troops under his command have arrived in Deir el-Zour. It also posted photos of military vehicles said to be arriving in the area.

U.S.-backed Syrian fighters of the Kurdish-led Syrian Democratic Forces have been trying to capture the area from IS since Sept. 10. The battles have left hundreds of IS and SDF fighters dead.

On Friday, senior Kurdish politician Ilham Ahmed warned in Paris that SDF fighters may have to withdraw from the front lines in the fight against IS to deploy along the borders with Turkey after Ankara said it plans to carry an attack.

The Observatory’s chief, Rami Abdurrahman, said the troops were deployed for a possible attack on IS or to assume control of areas that could be evacuated by SDF fighters.

In Washington, Brett McGurk, the U.S. envoy to the global coalition fighting IS, has resigned in protest to Trump’s abrupt decision to withdraw U.S. troops from Syria, joining Defense Secretary Jim Mattis in an administration exodus of experienced national security officials.

Only 11 days ago, McGurk had said it would be “reckless” to consider IS defeated and therefore would be unwise to bring American forces home. He decided to speed up his plan to leave in mid-February.

Earlier Saturday, Iran’s Foreign Ministry said the U.S. military presence in Syria has damaged the region in the government’s first comments on Trump’s plan to pull U.S. troops from the war-torn country.

The official IRNA news agency quoted Bahram Ghasemi, ministry spokesman, as saying the presence of U.S. troops during Syria’s civil war has damaged peace and security in the region.

“Basically, the deployment and presence of U.S. forces in the region was wrong, illogical and a tension-maker,” said Ghasemi.

Iran has been a key supporter of the Syrian government and along with Russia helped turn the balance of power in favor of Syrian President Bashar Assad’s forces.

Left: Syrian Democratic Forces and U.S. troops are seen during a patrol near Turkish border in Hasakah, Syria November 4, 2018. Photo by Rodi Said/Reuters