Why Three Syrians Fled to Lebanon 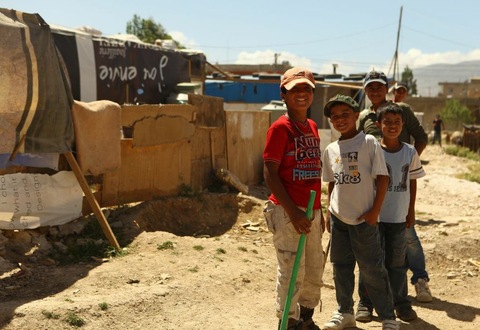 BEIRUT — The odds that you’ll see a Syrian refugee in Lebanon are high. Nearly 500,000 Syrian refugees reside in this country with a landmass the size of Connecticut and a population of just over 4 million.

Scattered throughout the country, people are settling wherever they can. They often are living among Lebanese families, many of them poor themselves, and are at the mercy of local municipalities to welcome them into their communities.

With rents very high, families cram as many people as possible into small spaces. They build tents out of found materials and donated plastic and turn dilapidated buildings into makeshift shelters.

Unlike Syria’s other neighbors, Turkey and Jordan, there are no official camps in Lebanon and no plans to build them. Lebanon is still haunted by memories of an explosive refugee crisis a generation ago when Palestinians fled north. They never left and those teeming camps have become permanent neighborhoods.

Lebanon also is deeply divided over its relationship to Syria. The government has an official policy of disassociation from the conflict, and some factions worry that building camps would send the wrong message to the Syrian regime.

Whether conditions in a large-scale camp like Zaatari in Jordan are actually better is debatable. However, without a centralized camp structure in Lebanon, there are long delays to register refugees with the United Nations and many are unsure where to go for assistance when they arrive.

Even those who were not poor in Syria now find that the money that would buy them food for a week back home barely lasts a day in more expensive Lebanon. 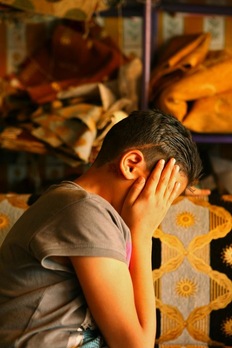 Eleven-year-old Ali arrived in Lebanon just two weeks after being shot in the face. Fearing reprisals on their families back in Syria, most refugees don’t want to reveal their last names and many cover their faces to protect their identities.

A sniper shot through the window of his father’s car in Daraa, Syria. The bullet went through his nose, his eye and out the right side of his head.

When the fighting in the southern Syrian city intensified, his family had no choice but to take him out of the hospital prematurely and flee. Now 20 family members are living in a windowless back room of an upholstery shop owned by a Syrian friend.

Ali is blind in one eye and still has fragments of shrapnel in his chest and face. “I can feel the shrapnel in my chest and my nose when I breathe. It hurts,” he said.

He needs to have surgery to remove the rest of the shrapnel, but the family is having a hard time finding the money to pay for it. Aid agencies, they’ve been told, need to use their limited medical resources for life-threatening cases. So the family is considering moving onto the street temporarily to save the rent money for his procedure. 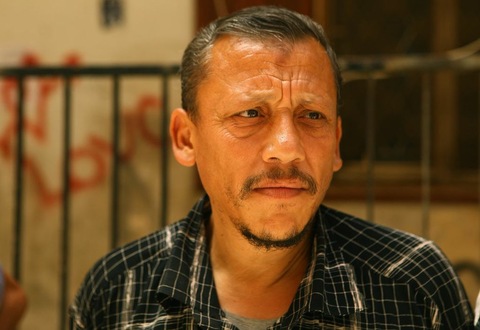 Nasser came from Yarmouk, the largest Palestinian refugee camp in Syria located outside Damascus, where he said he had a nice house and a good job as a businessman.

When the camp was bombed in December and gangs tried to kidnap him and his son, the two fled — leaving his wife and other children behind — to find work and a house for all of them in Lebanon.

They spent their first month in Lebanon sleeping under a bridge and have had difficulty finding work or receiving assistance.

Nasser feels because he is Palestinian, he is being discriminated against in his job hunt. Fed up and frustrated, he has joined a group of other Palestinians from Syria in camping out for the past several months on a highway in front of the Beirut office of the U.N. Relief and Works Agency, which is tasked with helping Palestinian refugees across the Middle East.

“I came here needing help, and I realized that the Palestinians in Lebanon need help as much as I do,” he said. 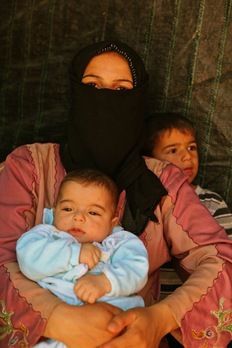 Tawasseef, 29, was pregnant with her third child when she and her husband fled Homs, Syria, after their house was bombed eight months ago. Her son was born shortly after arriving in Lebanon and she spent the last months of her pregnancy sleeping on a bare floor of their hastily made tent.

They have since taken out debts to build a tent out of scrap wood, cardboard, and plastic in a settlement in the Bekaa Valley, where 35 Syrian families have taken up residence. There is no clean water or plumbing in the settlement and her children are frequently sick.

Like each family in the settlement, they must pay $200 a month to the Lebanese landowner to use their plot of land.

Tawasseef said she isn’t sure what her family would do if the rent is raised. They are relying on vouchers from the U.N. refugee agency and other aid organizations for food.

“We used to talk about how poorly the gypsies lived back in Syria,” she said. “Now we are living worse than they were.”

Tawasseef said she has found some comfort in sharing her experiences with other women in the settlement, and despite the hardships, at least her family is safely out of Syria.