“Today, we welcome many Syrian refugees who were forced to flee their homeland because of war and conflict. Canada is doing the right thing by providing refuge for those so desperately seeking safety. This is a significant step in fulfilling our plan to bring 25,000 Syrian refugees to Canada in the coming months,” Trudeau said in a statement.

Among the refugees who arrived last night were Kevork Jamkossian, his wife Georgina Zires, and Madeleine, their 16-month-old daughter. The Toronto Star reported that Jamkossian expressed his gratitude to the Canadian leader.

Canada has promised to accept 10,000 Syrian refugees by the end of the year, and 25,000 by March. Trudeau said last month that he is “very much committed to keeping Canadians safe” while continuing to bring Syrian refugees into the country.

See more images from the group’s arrival below. 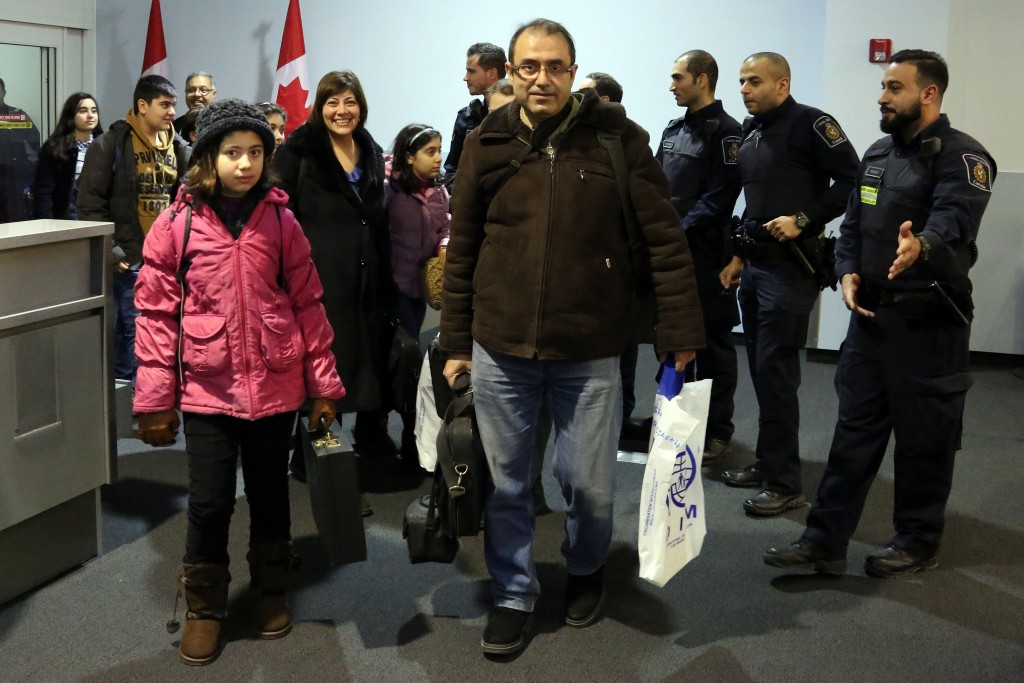 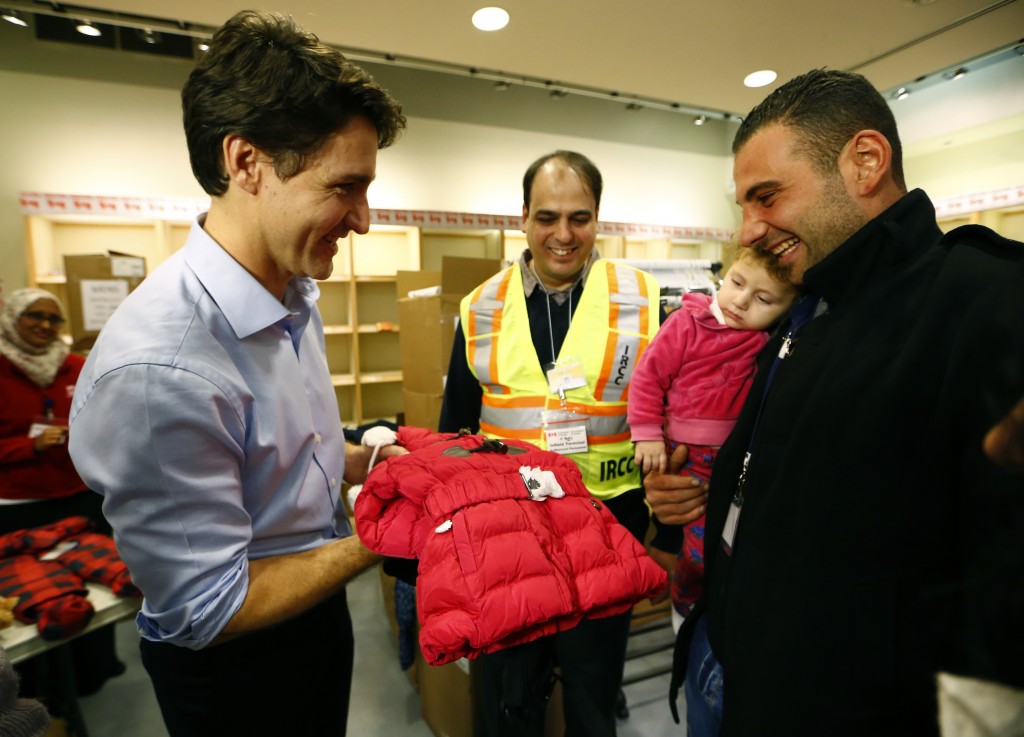 Syrian refugees are presented with a child’s winter jacket by Canada’s Prime Minister Justin Trudeau, left, on their arrival from Beirut at the Toronto Pearson International Airport on Dec. 11, 2015. Photo by Mark Blinch/Reuters 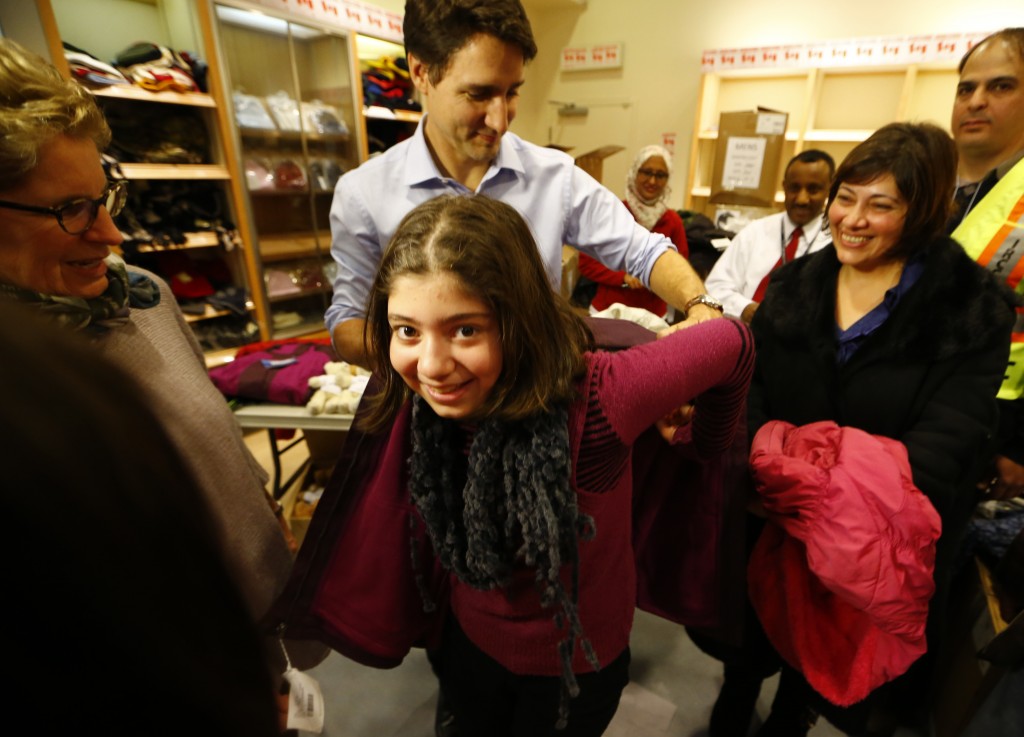 Canada’s Prime Minister Justin Trudeau helps a young Syrian refugee try on a winter coat after she arrived with her family from Beirut at the Toronto Pearson International Airport on Dec. 11, 2015.  Photo by Mark Blinch/Reuters

Left: Syrian refugees receive welcome bags at the Toronto Pearson International Airport in Mississauga, Ontario, Canada, on Dec. 11, 2015. After months of promises and weeks of preparation, the first Canadian government planeload of Syrian refugees landed in Toronto on Thursday, aboard a military aircraft met by Prime Minister Justin Trudeau. Photo by Mark Blinch/Reuters