Eid al-Fitr, the three-day Muslim holiday marking the end of the fasting month of Ramadan, is typically celebrated with gifts and feasting with family and friends. But this year’s holiday was marked by sorrow over recent terrorist attacks and tighter security measures in some parts of the Muslim world.

The most recent militant attack was Thursday in Bangladesh, where three people were killed and more than a dozen wounded, Reuters reported. It was the second such attack in a week: Islamic State militant-inspired gunmen killed 20 hostages at a bakery in Bangladesh’s capital Dhaka on Friday.

In Iraq, officials also announced Thursday the death toll from Sunday’s car bombing in Baghdad had risen to 281.

The terror attacks, in addition to the bombing at Istanbul’s Atatürk Airport on June 28 that killed more than 40 travelers, are part of a wave of violence perpetrated during Muslims’ holy month of Ramadan, as ordered by the Islamic State group, or ISIS.

Bulent Aliriza, director of the Turkey Project at the Center for Strategic and International Studies, said Turkey boosted its police presence in many areas and had tightened security checkpoints on the streets, in shopping centers and government buildings. 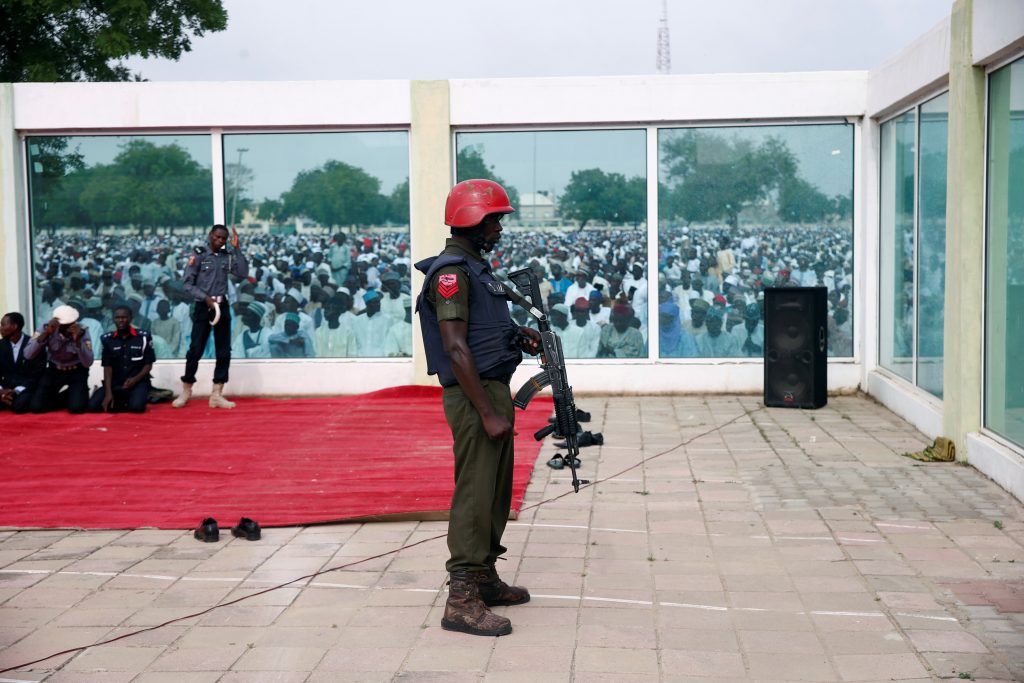 “I think the frequency of attacks has been incredible,” he said. “There is a fear that has crept in.”

Iraqi President Fuad Masum went further, cancelling official Eid celebrations. “We will not celebrate this year’s End of Ramadan festival “Eid al Fitr” out of respect for our fallen martyrs and injured,” he said in a statement.

Both online and where celebrations are still scheduled, the reaction to Eid has been somber.

Sending prayers 4 peace on the eve of Eid, the Muslim holiday after Ramadan to all in #Istanbul #Bangladesh #Baghdad cities I love & lived.

Kulsoom Karakoc, a native of Houston, Texas, who moved to Istanbul four years ago, said there is a general sense of discontent in Turkey’s largest city.

“Eid celebrations have been more toned down, not just because of the attacks but also because of the economy and the feeling that things aren’t going to get better any time soon under the current president,” Karakoc said.

Despite the security risks, Karakoc said during the first day of Eid, many people were still out shopping and visiting relatives, just trying to get on with their lives.

Left: Muslims attend Eid al-Fitr prayers to mark the end of the holy fasting month of Ramadan at the Taj Mahal mosque in Agra, India on July 7. Photo by Pawan Kumar/Reuters