TUNIS, Tunisia — Tunisian authorities announced plans to boost aid to the needy in a bid to placate protesters whose demonstrations over price hikes degenerated into days of unrest across the North African nation, which is marking seven years on Sunday since its long-time autocratic ruler was driven into exile.

A coalition of political parties and associations called for peaceful protests on the anniversary to tell the country’s new leaders that they have failed to fix problems that encouraged the revolution and hopes of social and economic justice. A new finance law raising prices of essential goods sparked the unrest.

The Tunisian economy has struggled since President Zine el-Abidine Ben Ali fled into exile on Jan. 14, 2011, transforming the country into a budding democracy that inspired the Arab Spring — then defied it by being the only country to keep its transition peaceful. But six governments later, loans continue to weigh on the economy, extremist attacks have sapped the important tourism sector, and regions far from the capital, where the revolution was ignited, remain neglected.

READ NEXT: How a new generation is reviving the old heart of Tunis

The Popular Front, a coalition of leftist parties, called the measures “laughable” and in a statement Sunday called for protests “until suspension of the measures in the finance law that affect citizens’ buying power.”

Frustration was in full view last week when small demonstrations erupted around the country before ballooning and degenerating into theft, pillaging and car-burning in some places as momentum grew. A police crackdown stemmed the protests by week’s end. 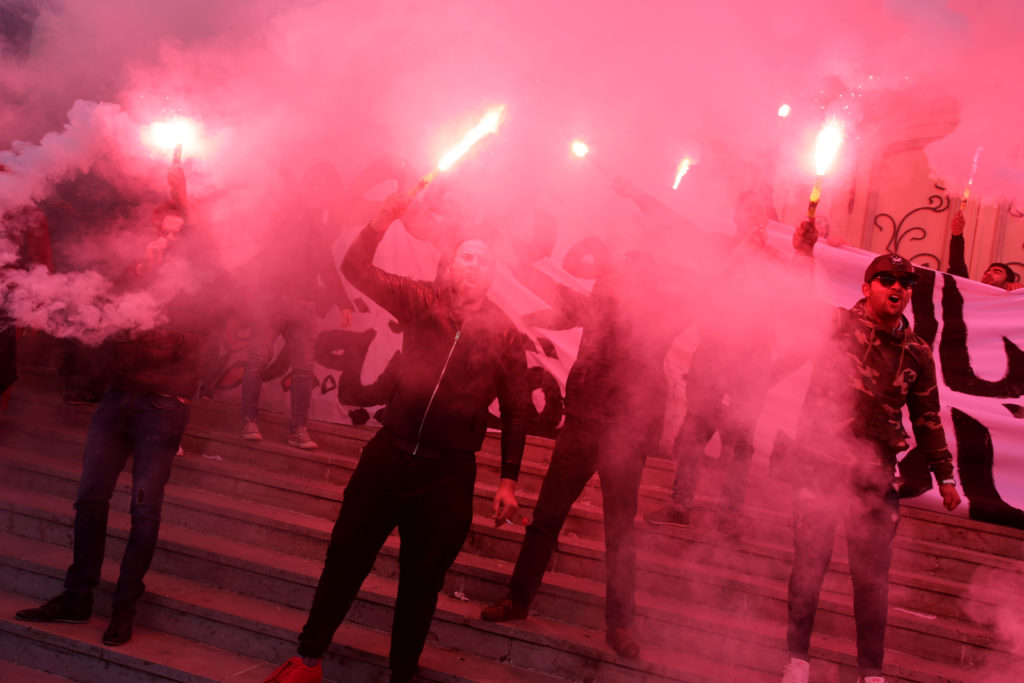 Men shout slogans during demonstrations on the seventh anniversary of the toppling of president Zine El-Abidine Ben Ali, in Tunis, Tunisia, on Jan. 14, 2018. Photo by Youssef Boudlal/Reuters

One person died in unrest outside the capital, Tunis, and scores were injured, including 97 security officers in five days of unrest that began a week ago, Interior Ministry spokesman Khlifa Chibani said Friday. Dozens of police cars were damaged, two police stations burned and eight others ransacked. Arrests were put at nearly 780, including 16 religious extremists, for vandalism and looting.

President Beji Caid Essebsi was visiting on Sunday a housing project outside Tunis that had been a site of unrest.

“Tunisians are capable of overcoming current difficulties,” he said Saturday night, calling on citizens “for a bit of patience and understanding.”

“I’ve been out of work for seven years and see nothing ahead, no flicker of hope for a better future,” said Ali Ben Mahmoud, a university graduate from Tunis who took part in the initial demonstration last week organized by the group Fest Nestanaou (What Are We Waiting For). 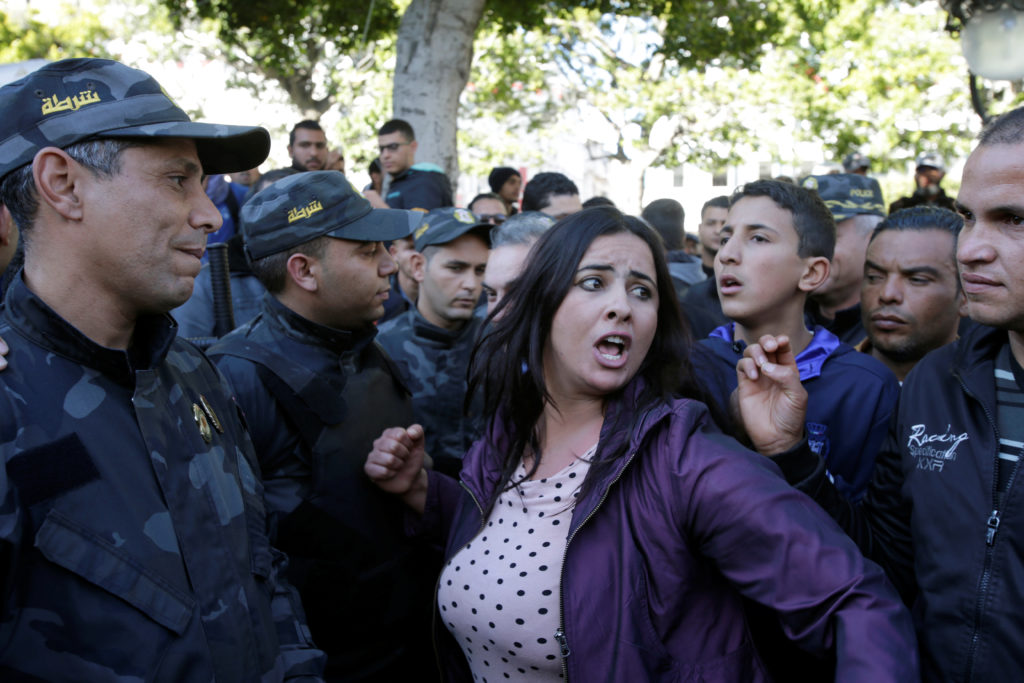 A woman shout slogans during demonstrations on the seventh anniversary of the toppling of president Zine El-Abidine Ben Ali, in Tunis, Tunisia, on Jan. 14, 2018. Photo by Youssef Boudlal/Reuters

“The revolution brought nothing concrete to our daily lives, which only get worse and worse,” she said. “The politicians, whose only concern is their comfort, leave us in despair.”

The revolution was sparked by the death of a fruit and vegetable seller in the central town of Sidi Bouzid who set himself afire Dec. 10, 2010, in apparent anger and despair over mistreatment by police who upset his cart. That region and others outside the capital have a history of neglect by central authorities — and were the focus of promises for change by leaders of Tunisia’s new era.

The democratic transition gave Tunisia a new constitution, opened the way to free elections and reinforced equality among sexes — all while Tunisia battled deadly extremist attacks, including on tourists at the famed Bardo Museum and at a resort hotel outside the seaside town of Sousse.

A four-way group, known as the Quartet and charged with dialogue to avert change from derailing, was awarded the 2015 Nobel Peace Prize “for its decisive contribution to the building of a pluralistic democracy in Tunisia,” the Norwegian Nobel Committee stated.

But some essential motives behind the revolution were being ignored.

The jobless rate is above 15 percent, according to official figures, and above 25 percent in some regions, with vast areas of the interior still marginalized. With inflation officially above 6 percent, evaluated at plus 9 percent by some experts, the 2018 finance law raising prices and adding new taxes brought people into the streets.

The flashing lights of economic and social indicators were all red, “even bright red,” economist Azzeddine Saidane said.