Twitter chat: What are the barriers to global gender equality?

In 1995, the Beijing Declaration and Platform for Action was adopted at the UN’s Fourth World Conference on Women. This document set the agenda for the promotion of gender equality around the globe. On March 9th, 20 years after the Beijing Declaration was adopted, the UN’s Commission on the Status of Women will convene for its 59th session. This two-week-long session will be dedicated to evaluating the progress that has been made towards gender equality in the last two decades, as well as barriers that remain.

In conjunction with this meeting, the WORLD Policy Analysis Center at UCLA’s Fielding School of Public health has released a new report, along with an accompanying online resource bank, compiling data on where women stand, and what laws and policies are holding them back. 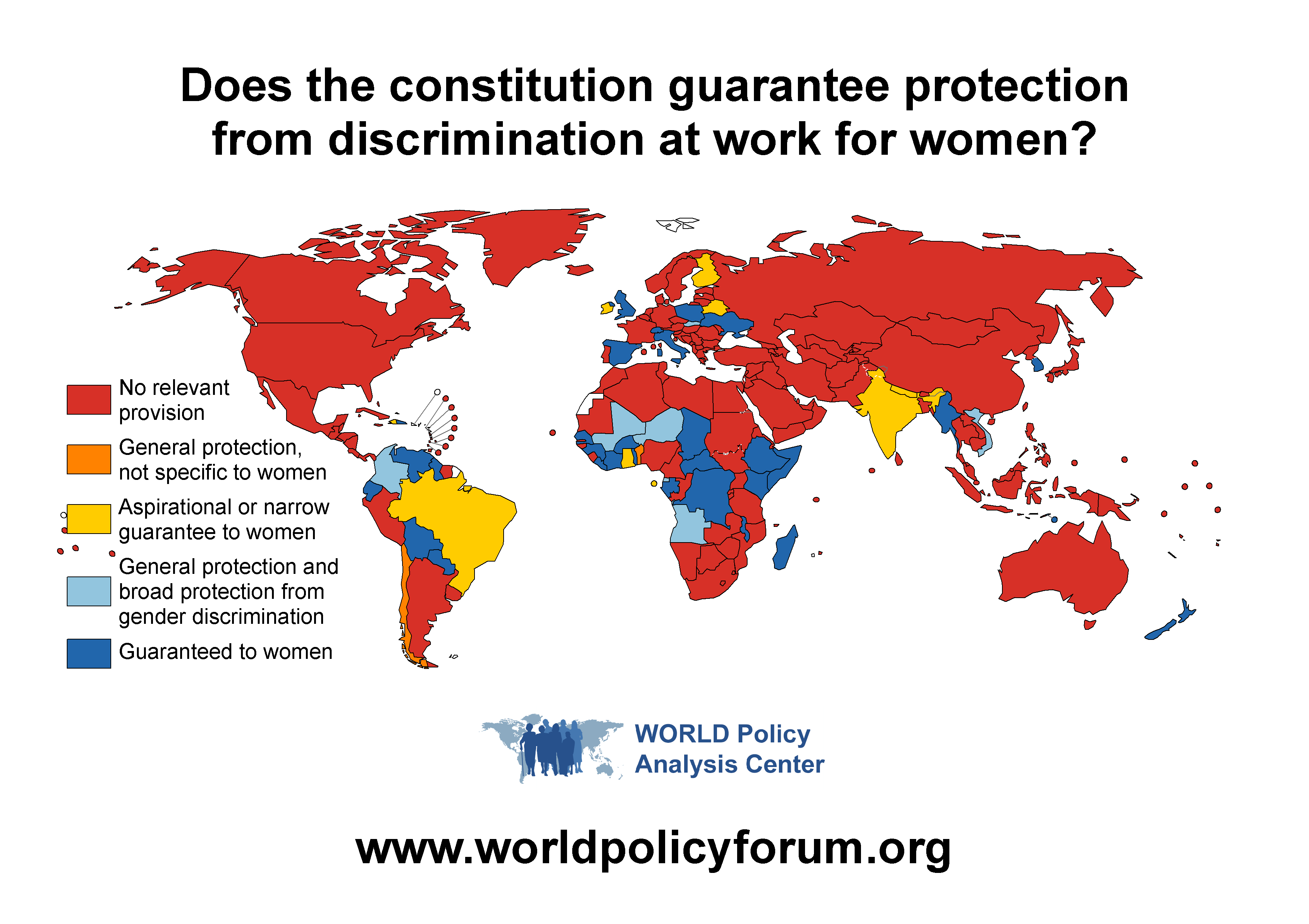 Map of countries whose constitutions guarantee protection from discrimination at work for women. Image courtesy of WORLD Policy Analysis Center.

We discussed how women’s rights have advanced in the last 20 years, where they have stagnated, and what can be done to promote increased gender equality worldwide on Twitter. Dr. Jody Heymann (@WPolicyForum), Dean of the UCLA Fielding School of Public Health, and founding director of the WORLD Policy Analysis Center, shared her insights based on the findings of the new report. Read the full discussion below.