U.S. hits officials in South Sudan with sanctions for role in crisis 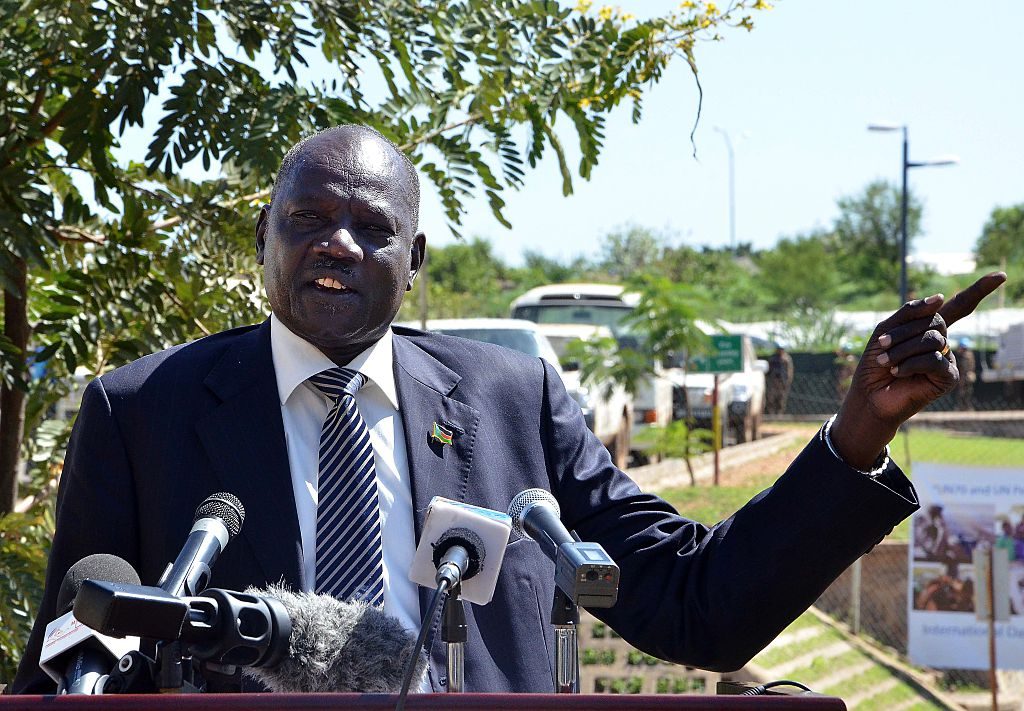 The departments of State and Treasury announced penalties against South Sudan’s deputy defense chief Malek Reuben, Information Minister Michael Makuei and former military chief of staff Paul Malong. The sanctions freeze any assets they may have in U.S. jurisdictions, ban them from travel to the United States and bar Americans from doing business with them. Three firms owned by Reuben — All Energy Investments, A+ Engineering, Electronics & Media Printing and Mak International Services — were also targeted by the sanctions.

In addition, the Treasury Department issued a notice to banks warning that doing business with South Sudanese officials and companies who are suspected of laundering money obtained through corruption may bring penalties.

“Treasury will forcefully respond to the atrocities ongoing in South Sudan by targeting those who abuse human rights, seek to derail the peace process, and obstruct reconciliation in South Sudan,” Sigal Mandelker, the Treasury under secretary for terrorism and financial intelligence, said in a statement.

South Sudan is in the midst of a four-year civil war that has killed tens of thousands of people and forced more than two million people to flee their homes.