Last year the European Court of Human Rights ruled that English and Welsh law did not clearly indicate whether such whole-life terms could be reviewed after a number of years in prison in order to assess the possibility of parole. The court decided the terms, therefore, violated human rights and should include a review process.

However, the British Court of Appeal dismissed the international court’s ruling, arguing that the law did provide an avenue for review of life sentences, since a prisoner could appeal his or her sentence to the British secretary of state in “exceptional circumstances.”

“In our judgment the law of England and Wales therefore does provide to an offender ‘hope’ or the ‘possibility’ of release in exceptional circumstances, which render the just punishment originally imposed no longer justifiable,” Lord Chief Justice Lord Thomas said Tuesday. 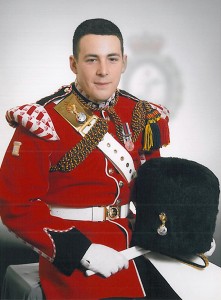 A British court ruled Monday that “whole-life” prison sentences can continue for those convicted of serious crimes. A judge had delayed sentencing Michael Adebolajo and Michael Adebowale, who were found guilty of killing British soldier Lee Rigby (above), until the British Court of Appeal reached a verdict on whole-life sentences. Photo by MoD/Crown Copy/PA Wire

With the British court’s ruling Tuesday, cases that had been put on hold while the legality of whole-life sentences was being reviewed are back in motion. Sentencing will resume for two men convicted of brutally killing British soldier Lee Rigby last May. A judge will consider imposing a whole-life term in prison.

The disagreement between the two courts highlights a tense debate in Britain over its connection to transnational organizations, Reuters’ Esetelle Shirbon reported.

“The European court’s decision in July particularly angered the ruling Conservatives,” Shirbon wrote, “who adopt a tough line on crime and see the court based in the eastern French city of Strasbourg as a threat to British sovereignty.”

Shirbon also reported that the British home secretary said should the Conservative Party win in the 2015 elections, Britain will reconsider its position on the European Convention on Human Rights. Prime Minister David Cameron also said last year that a Conservative victory will result in a renegotiation of the United Kingdom’s role in the European Union, followed by a national referendum allowing the British people to decide if the nation should remain in the EU.