The United Nations said Friday it predicts no end in the flow of refugees moving into Europe, with about 8,000 arrivals coming in daily.

“I don’t see it abating, I don’t see it stopping,” Amin Awad, regional refugee coordinator for the U.N. refugee agency UNHCR, said to journalists in Geneva. “If anything, it gives an indication perhaps that this is the tip of the iceberg.”

Dominik Bartsch, the UN’s deputy humanitarian coordinator in Iraq, said the UN is planning for the displacement of 500,000 people from the Iraqi city of Mosul, if Iraqi forces launch an attempt to recapture it from Islamic State, Reuters reported.

“The humanitarian situation is worsening dramatically,” Bartsch said, citing a recent cholera outbreak and estimating that 10 million people will need humanitarian aid by the end of the year, The New York Times reported. 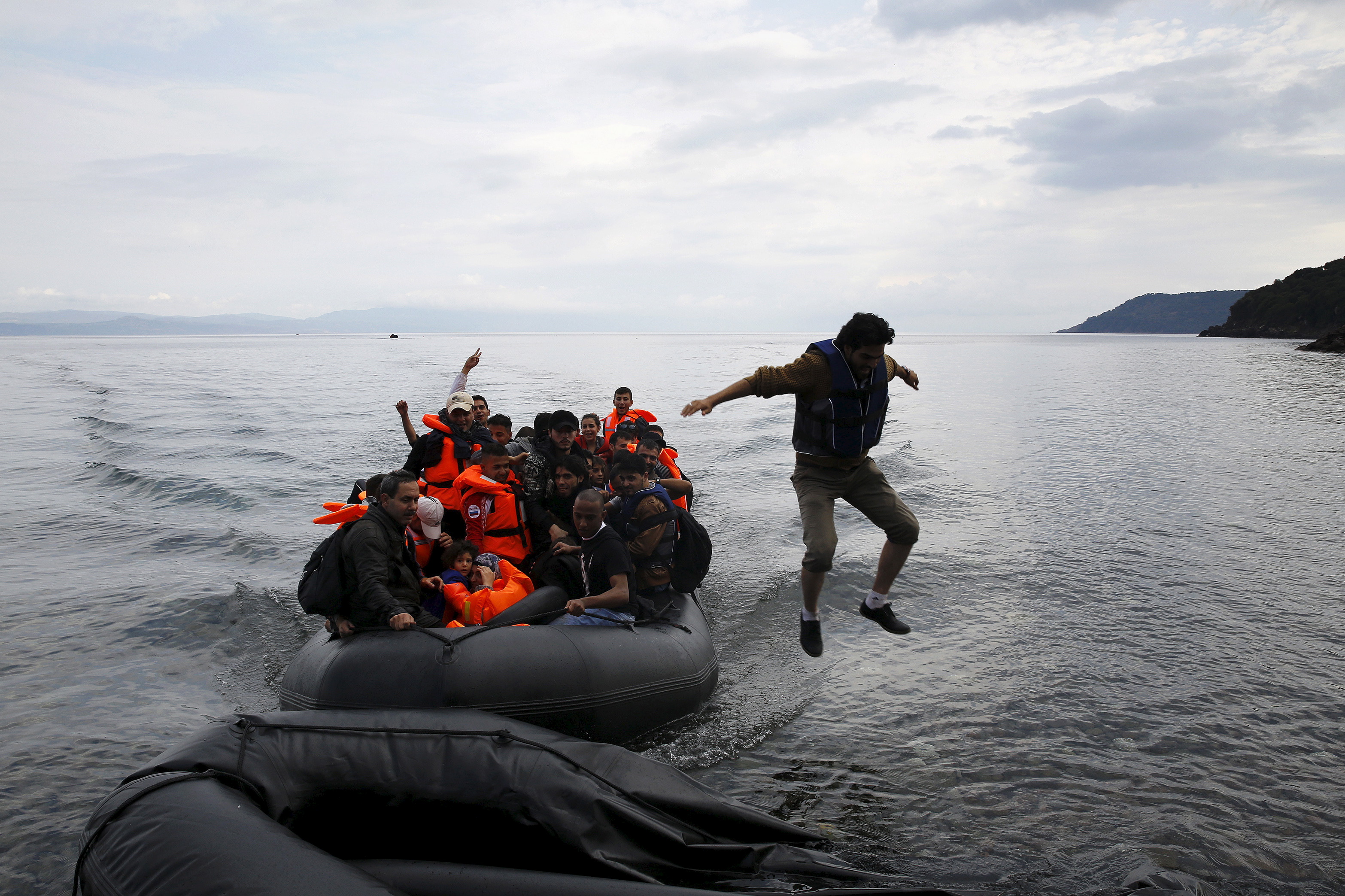 A migrant jumps off an overcrowded dinghy Sept. 24 after arriving in the Greek island of Lesbos, after crossing a part of the Aegean Sea from Turkey. Photo by Yannis Behrakis/Reuters.

EU leaders have pledged at least $1.1 billion for Syrian refugees in the Middle East and closer cooperation to stem migrant flows into Europe at a summit described as less tense than feared after weeks of feuding.

Most asylum seekers reaching Europe, many on dinghies crossing the Mediterranean or hidden in trucks, are from Syria or Iraq. Others are from Afghanistan, Pakistan and African countries including Sudan, Eritrea and Somalia, Reuters reported. 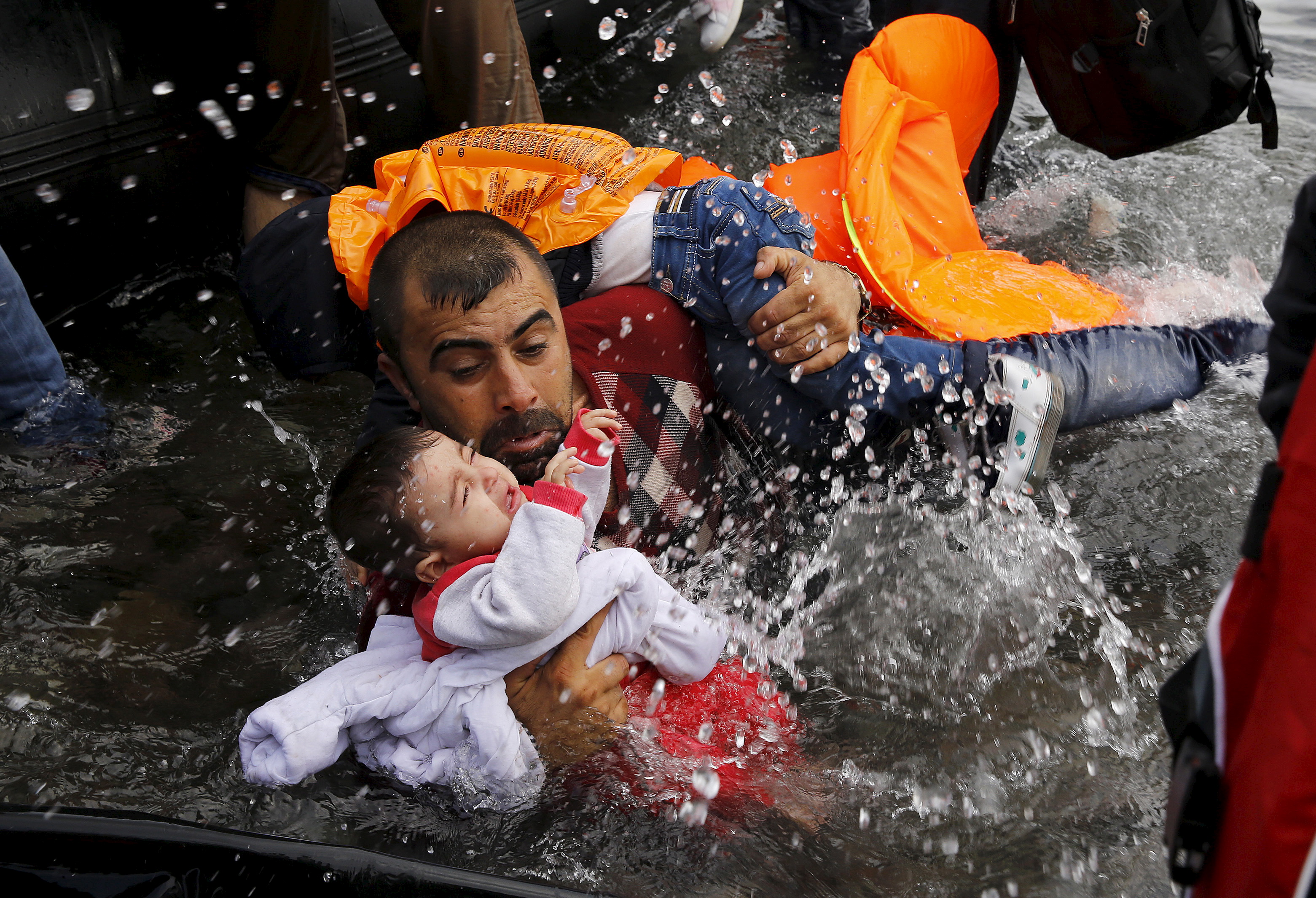 A Syrian man holds onto his children as he struggles the Greek island of Lesbos, after crossing a part of the Aegean Sea from Turkey to Lesbos September 24, 2015. Photo by Yannis Behrakis/Reuters.

Left: Syrian migrants walk to the Austrian border Sept. 25 in Nickelsdorf after arriving by train in Hegyeshalom, Hungary Photo by Leonhard Foeger/Reuters.