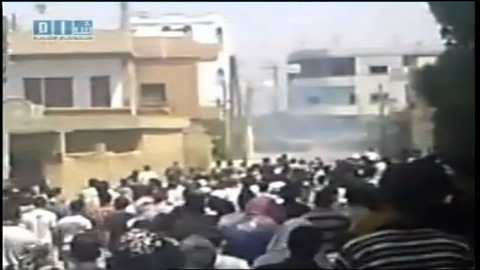 The Syrian uprising is escalating as the size, number and geographic range of protests have continued to increase day-by-day. The holy month of Ramadan has only added an automatic reason for large groups of people to gather and begin protesting as they had promised. Mosques have become launchpads for rallies, and as shaky cell phone videos have begun to show us, also the site of crackdowns by security forces.

On Friday, we had a Skype conversation with someone we believe is in Damascus. It is unusual for us to share sources with our audience who choose to stay anonymous but there are certain extreme cases like this one where the individual used a pseudonym for the sake of his own safety.

“Alexander Page” is a spokesman for the week-old organization calling itself the Coalition of Free Damascenes for Peaceful Change, which at the moment has a Facebook page, a stream of information on Twitter and a YouTube channel.

Listen as he describes the scene in Damascus, why the offers from the Syrian regime to hear the opposition seem illegitimate to him, what if any role the international community can play and how he fears for his life.

We reached out through colleagues at NPR and Storyful to help us verify that the individual was who he said he was. For more on how Storyful verifies, read this insightful post by co-founder Mark Little.