WASHINGTON — Diplomatic triumph or travesty, America’s relationship with one of its most intractable foes took two giant leaps forward this weekend when Iran released four Americans in a prisoner swap after locking in last summer’s nuclear deal and receiving some $100 billion in sanctions relief.

The announcements culminated a stunning few days of activity for the Obama administration and particularly Secretary of State John Kerry, who led the diplomatic outreach to Tehran at President Barack Obama’s direction through years of slow-grinding negotiations.

Speaking from the White House, Obama on Sunday hailed the “historic progress through diplomacy,” long the centerpiece of his foreign policy vision, instead of another war in the Middle East.

The Islamic Republic released the prisoners in exchange for pardons or charges dropped against seven Iranians – six of whom hold dual U.S. citizenship – serving time for or accused of sanctions violations in the United States. A fifth American, student Matthew Trevithick, who had been detained in Iran for roughly 40 days, was released separately.

For all the celebrations, the timing of the deal, finalized hours after Saturday night’s U.N. confirmation that Iran made good on pledges to significantly back away from atomic bomb-making capacity, suggested that the Americans possibly were used as pawns by the Iranian government to win long-sought economic relief, as critics allege.

The International Atomic Energy Agency’s declaration unlocked some $100 billion in frozen Iranian assets overseas, and potentially even greater economic benefits through suspended oil, trade and financial sanctions by the U.S. and European Union. 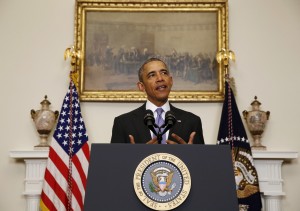 Critics of Obama’s Iran policy at home and abroad pounced on the details of the prisoner exchange and the new economic opportunities being afforded Tehran while it still supports Syrian President Bashar Assad’s government and the militant groups Hamas and Hezbollah.

“This deal is a problematic deal, and it reflects a pattern we have seen in the Obama administration over and over again of negotiating with terrorists, and making deals and trades that endanger U.S. safety and security,” Texas Sen. Ted Cruz, a GOP presidential candidate, said on “Fox News Sunday.”

The efforts were beset by several hitches, including the detention of 10 U.S. sailors by Iran last week in the Persian Gulf and U.S. plans in late December to impose new sanctions on Iran for ballistic missile testing.

The sailors were released after Kerry’s intervention with Iranian Foreign Minister Mohammad Javad Zarif. The sanctions were delayed until Sunday, after the U.S. detainees left Iran.

U.S. and Iranian officials hashed out the prisoner exchange over 11 or 12 meetings over a process that took a little longer than a year, sprouting from the even longer set of talks that led to last July’s landmark nuclear accord.

Just before Zarif announced the final pact with his EU counterpart Frederica Mogherini, Kerry raised the issue of the detained Americans. 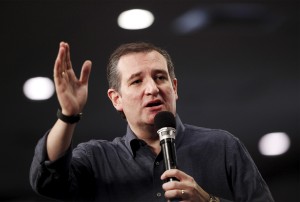 Things progressed significantly by November, when Iran was included for the first time in a meeting in Vienna on Syria’s civil war. Kerry and Zarif met there to discuss the prisoners.

“We actually shook hands thinking we had an agreement,” Kerry said. “I thought it was done.”

But the deal bogged down in Tehran and never went through.

“So we went back to work,” Kerry told reporters on his plane back to Washington late Saturday.

He described the negotiations as difficult, especially as the Iranians made what he said were unacceptable demands. Kerry said the United States made clear it wouldn’t release an accused murderer or narcotics offender.

“For a long time, this didn’t move because of the people they were asking for,” Kerry recalled. “We said, ‘No, and no, and no.'”

“And believe me, it’s hard when somebody says to you, ‘Hey, you give us this guy, we let them all out.’ And you have to say no. And you know you’re keeping people in a not very nice place for the next whatever number of months,” he said.

“But there have to be an enforcement of our principles and our standards here. And in the end, we came out in the right place on that.” 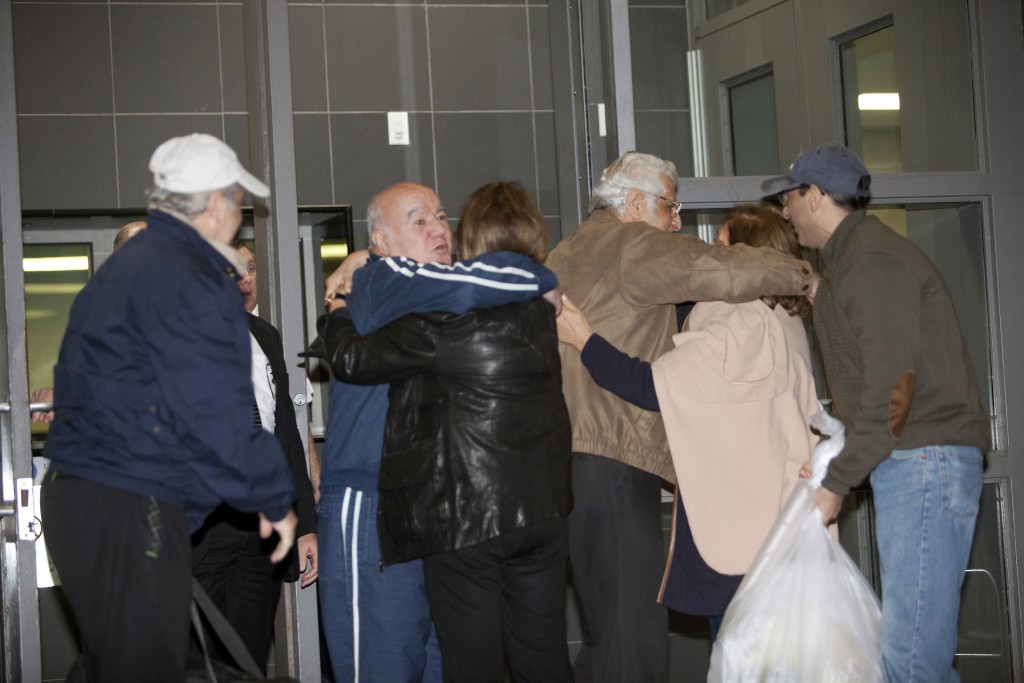 More progress was made by Kerry’s meeting with Zarif on Dec. 18 in New York. By then, American and Iranian teams in Geneva were working hard on the details of the swap.

The U.S. team, led by Brett McGurk, the special envoy for the fight against the Islamic State group, was prepared to release individuals who violated nuclear-related sanctions on Iran, Kerry said. By Saturday night, those sanctions had been rescinded.

“In the end, the president made the call,” he said.

One of the last hiccups that delayed the Americans’ departure was an Iranian military official’s misunderstanding about Rezaian’s wife and mother joining him on the flight. After Kerry spoke to Zarif, permission was granted.

But the various administrative holdups meant that the Swiss crew set to fly the plane ran into a mandatory crew rest. That set back takeoff several hours.

The U.S. and Iran haven’t had diplomatic relations since shortly after the 1979 Islamic revolution.

The administration says this weekend’s agreements won’t change that situation, but relations are clearly warming. Cooperation on ending Syria’s civil war and even discussions about coordinating their fights against the Islamic State point to the budding ties.

That has many of America’s closest partners in the region, not to mention Republican and some Democratic lawmakers in the United States, fretful. Republicans have denounced the outreach as a dangerous and undeserved concession to Iran. 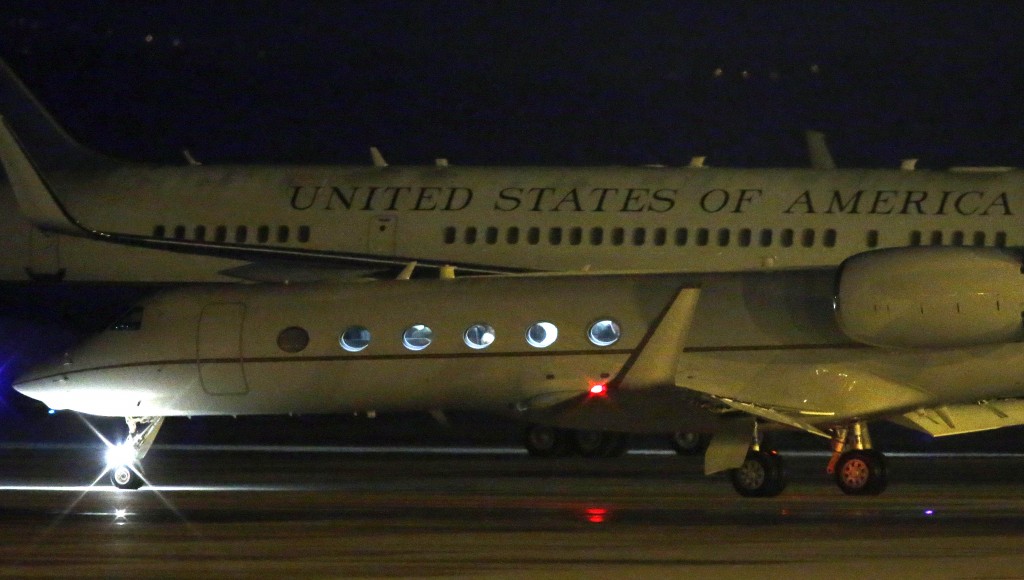 A plane believed to be carrying three Iranian-Americans, who left Tehran under a prisoner swap, prepares to take off at Cointrin airport in Geneva, Switzerland Jan. 17, 2016. Photo By Denis Balibouse/Reuters

Israel remains steadfastly opposed to the Iran deal and any rapprochement with Tehran. Sunni Saudi Arabia has had tension with Iran since executing a Shiite cleric on Jan. 2, which led to a severing of diplomatic ties between the two.

Both of these countries, and others, are wary of an emboldened Iran. Some Republicans say the prisoner exchange could mean Iran seizes more Americans as hostages to facilitate future trades.

But Kerry said the successful talks over prisoners and nuclear matters raise the prospects of more U.S.-Iranian cooperation on other matters.

Zarif, he said, indicated that if they got the two tasks done, “There are ways to try to translate this and hopefully be constructive in other things. He specifically said Syria and Yemen.”

Kerry said he would remain at work on other Americans still being held in Iran.

Left: U.S. Secretary of State John Kerry (L) meets with Iranian Foreign Minister Mohammad Javad Zarif on Jan. 16, 2016 in Vienna to go over details of a nuclear deal. Recent diplomatic measures show relations are warming between the longtime foes, even as critics in the U.S. say the move may hurt security. Photo Kevin Lamarque/Reuters