When retired British Army Capt. Mark Evans returned home after seven months of duty in Afghanistan in 2008, he had a hard time readjusting to life as a civilian.

“Mentally I was a mess,” Evans said in an email to PBS NewsHour. “My mind was stuck in Afghanistan and I was reliving it and overanalyzing it every waking and sleeping hour. This was consuming and painful.”

To deal with the pain, Evans began to drink alcohol as a form of self-medication. Twelve months later, after those around him became alarmed at his erratic behavior, Evans began going to therapy to treat his post-traumatic stress disorder.

A few years later, a university friend and fellow soldier pointed him toward the work of Operation Nightingale, a group that invited injured veterans to participate in archaeological digs.

“It helped me with my own recovery (all be it towards the end) and made me see the potential for archaeology as a recovery aid and transitional tool (from soldier to civilian),” Evans said about his experience at his first battlefield dig in Salisbury Plain in south central England—home to Stonehenge.

Their philosophy is to turn conflict into collaboration, by pairing active soldiers and veterans with archaeologists to unearth items related to the famous battle fought on Belgian soil.

The Battle of Waterloo was an obvious initial site for Evans and Foinette’s venture. Past members of their regiment were among those who defeated French Emperor Napoleon Bonaparte on June 18, 1815. The British and Prussian armies suffered approximately 22,000 casualties.

This year marks the battle’s bicentennial. 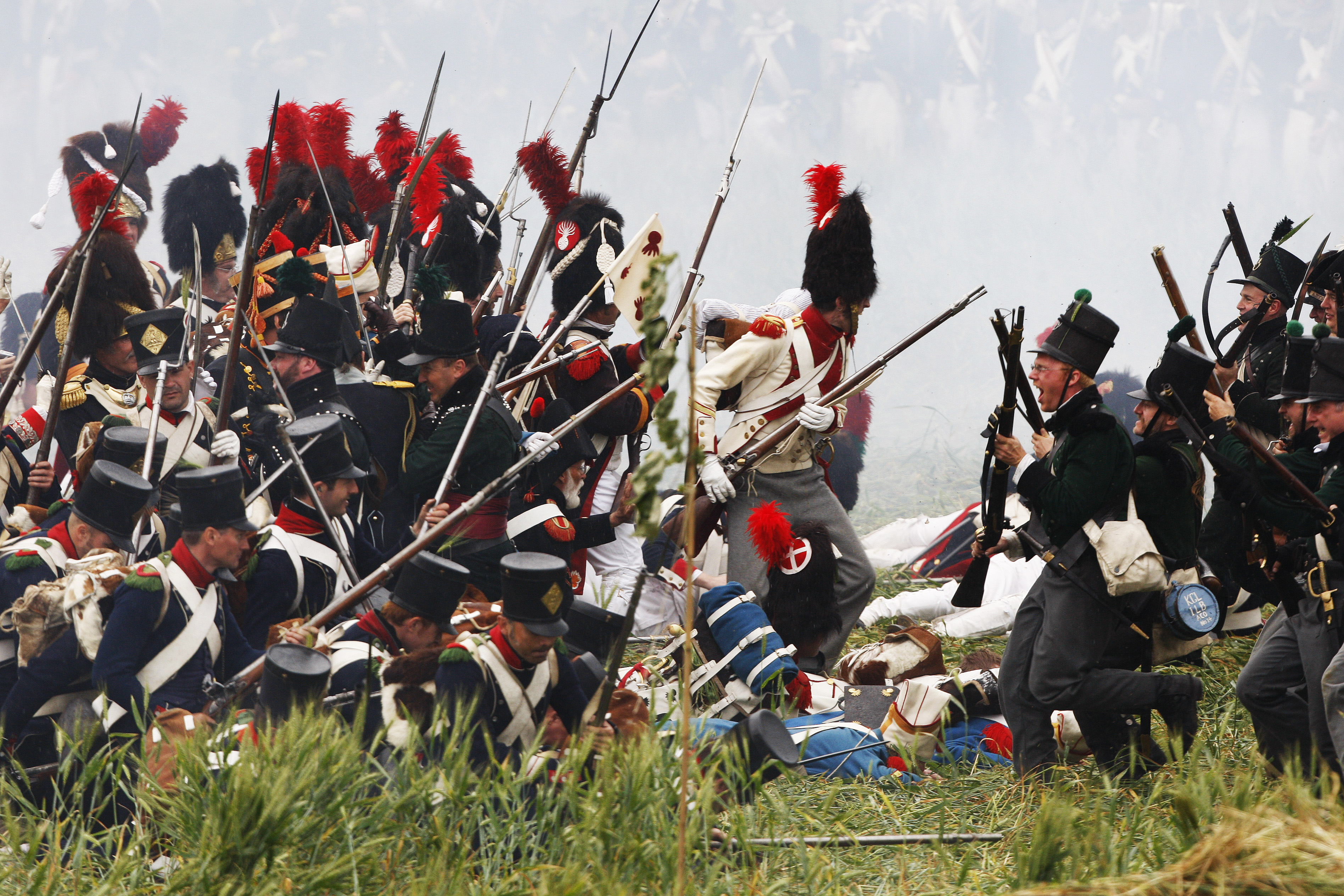 History enthusiasts, dressed as members of the French and British Army, fight during a re-enactment of Napoleon’s famous battle of Waterloo in Braine-l’Alleud June 21, 2009. This year is the 200th anniversary of the decisive battle. Credit: Thierry Roge/REUTERS

“A regiment is like a family and there is a connection between all men (and women) who have seen battle,” Evans said. “Finding out anything about the Coldstream Guards (or other soldiers – Belgian, Dutch, German and French) is a moving experience. Especially when it’s a bit of the past not seen for 200 years.”

Soldiers participating in Waterloo Uncovered sign on for a week of volunteering. Since they have been to war, the dig gives them the opportunity to act as a valuable military resource for the archaeologists.

They work outdoors in teams digging and clearing holes with trowels, as well as cleaning and cataloging their finds. The work is repetitive and in that way, some participants find it to be meditative.

“We’re not claiming to cure people with a week of archaeology but we will give them a positive experience that they will remember fondly – for a lot of those who attend our digs their memories of recent years have been far from good,” Evans said.

After a week’s worth of digging, the soldiers and archaeologists have unearthed musket balls, coins and buttons, as well as information on battle formation patterns.

An official report of their findings will be published next week.

Left: British Maj. Charlie Foinette of the Coldstream Guards Company digs a site on Apr. 29, 2015, which was part of the famous Battle of Waterloo and defeat of Napoleon. Foinette and fellow Coldstream Guards soldier, retired Capt. Mark Evans started "Waterloo Uncovered", a project to unearth answers about the battle, as well as help soldiers readjust to civilian life by participating in battlefield archeology. Credit: Yves Herman/REUTERS.