JAKARTA, Indonesia (AP) — Violence, tear gas and a deadly crush that erupted following a domestic league soccer match Saturday night marked another tragedy in Indonesian football. Here’s a look at how the chaos occurred and what is being done to prevent future incidents:

How did the chaos occur?

Chaos broke out after Persebaya Surabaya defeated Arema Malang 3-2 in Saturday night’s match in East Java’s province Malang city. Police said there were some 42,000 spectators in the stadium, all of whom were Arema’s supporters because the organizer had banned Persebaya fans in an effort to avoid brawls.

But a disappointing loss by Arema — the first match lost to Persebaya at its home stadium — prompted angry spectators to pour into the field after the match to demand answers. Fans threw bottles and other objects at players and soccer officials and violence spread outside the stadium, where at least five police cars were toppled and set ablaze and others damaged. Riot police responded with tear gas, which is banned at soccer stadiums by FIFA. But it sparked panic. 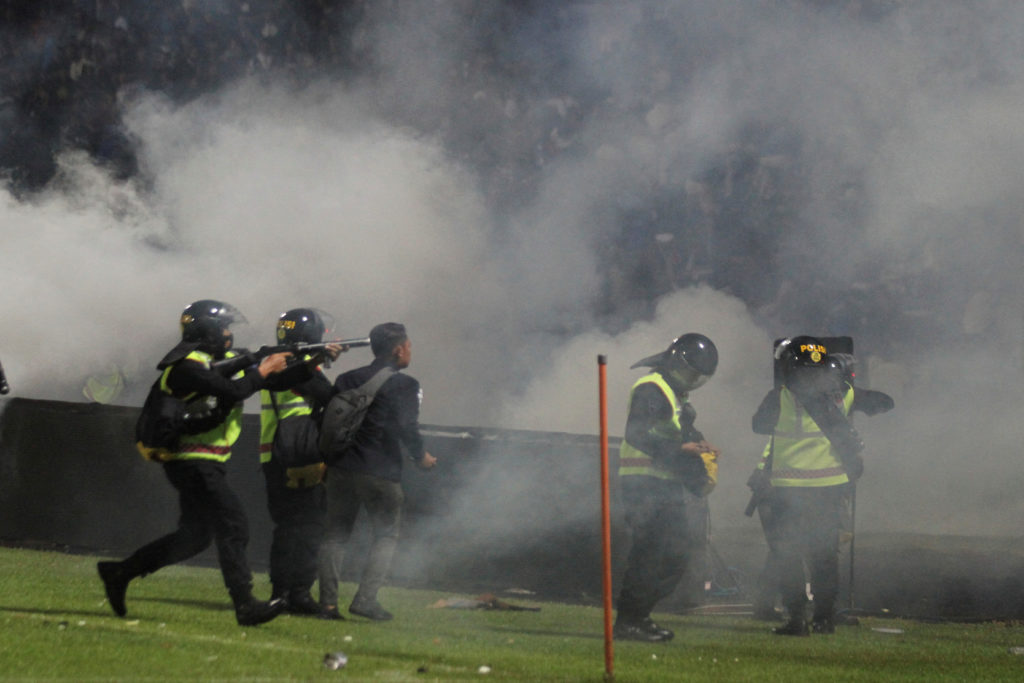 Hundreds of spectators rushed to an exit gate to avoid the tear gas, resulting in a crush that trampled or suffocated 34 to death almost instantly, with many more deaths to follow due to injuries.

How many people died?

In one of the worst sports disasters, police said at least 125 people died, including children and two police officers, most of whom were trampled.

More than 100 people were injured. Police said the death toll is likely to rise more with multiple people in critical condition.

Data from an Indonesian football watchdog organization, Save Our Soccer, said that at least 86 soccer fans had died since 1995, most of them in fights.

Why does soccer beget violence?

Football is the most popular sport in Indonesia and the domestic league is widely followed. Fans are strongly attached to their clubs, and such fanaticism often ends in violence and hooliganism. But it usually happens outside the stadium.

Indonesian football has also been beset with trouble on the international stage. Brawls broke out between supporters of archrivals Indonesia and Malaysia in 2019 during qualifiers for this year’s FIFA World Cup. In September 2019, Malaysian fans were threatened and pelted with projectiles at a World Cup qualifier in Jakarta, and Malaysia’s visiting sports minister had to be evacuated from the stadium after violence broke out. Two months later, fans hurled flares and bottles at each other in another match in Kuala Lumpur.

Also in 2019, after losing in the finals of the U-22 match to Vietnam in the Southeast Asian Games, Indonesian fans took to social media to insult, harass, and send death threats to Vietnamese players and even their families.

In June, two Persib Bandung fans died while jostling to enter the stadium in Bandung to watch the 2022 President’s Cup. The angry supporters became aggressive because the officers on the field did not allow them to enter the already-full stadium. 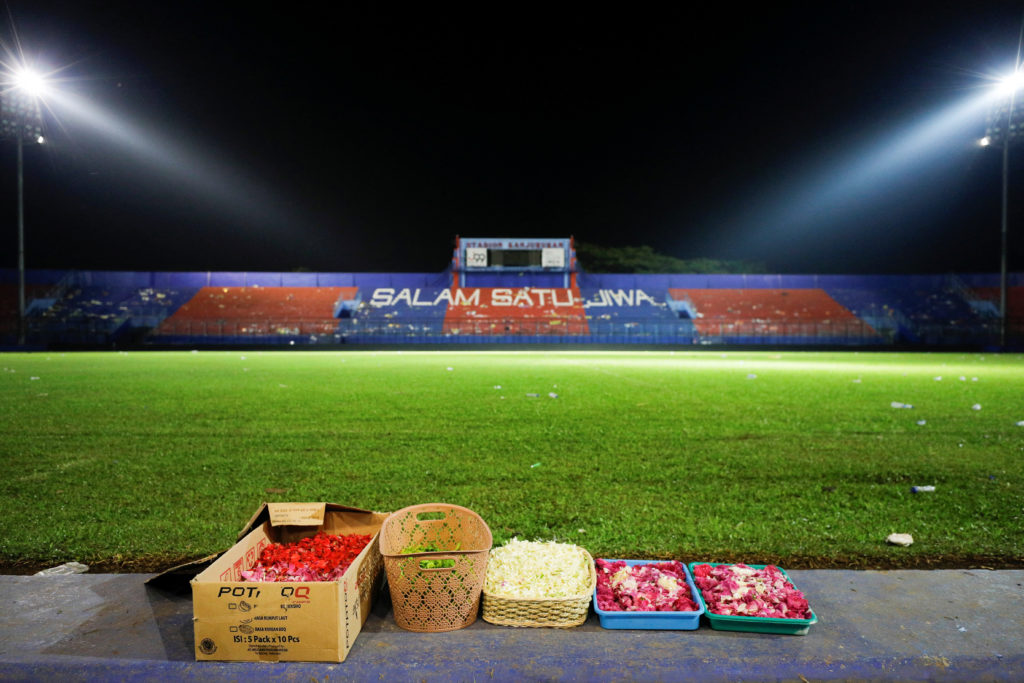 Flower petals are seen inside the Kanjuruhan stadium where a riot and stampede took place following a soccer match between Arema vs Persebaya, in Malang, East Java province, Indonesia, Oct. 2, 2022. Photo by Willy Kurniawan/Reuters

What is the government doing about it?

Indonesian President Joko Widodo has expressed his deepest regret and ordered a thorough investigation into the deaths. He has also ordered the premier soccer league suspended until a safety reevaluation is carried out and tighter security put in place. Widodo said he hoped “this tragedy will be the last tragedy of football in Indonesia.”

Indonesia’s soccer association has also banned Arema from hosting soccer matches for the remainder of the season. Rights group Amnesty International urged Indonesia to investigate the use of tear gas at the stadium and ensure that those found in violations are tried in open court.

Left: Arema football club supporters lights candles during a vigil outside the Kanjuruhan stadium to pay condolence to the victims, after a riot and stampede following soccer match between Arema vs Persebaya outside in Malang, East Java province, Indonesia, Oct. 2, 2022. Photo by Willy Kurniawan/Reuters