Photos: What Santa does on his day off

You may know him as Santa Claus, but he answers to many different names. There’s Father Christmas in Great Britain, Père Noël in France, Grandfather Frost in Russia, and, Babbo Natale in Italy.

From paddling the Venice canals to racing down the streets of Madrid, we explore in these photos below how various countries and cultures recognize — and embrace — the jolly old man with the white beard. 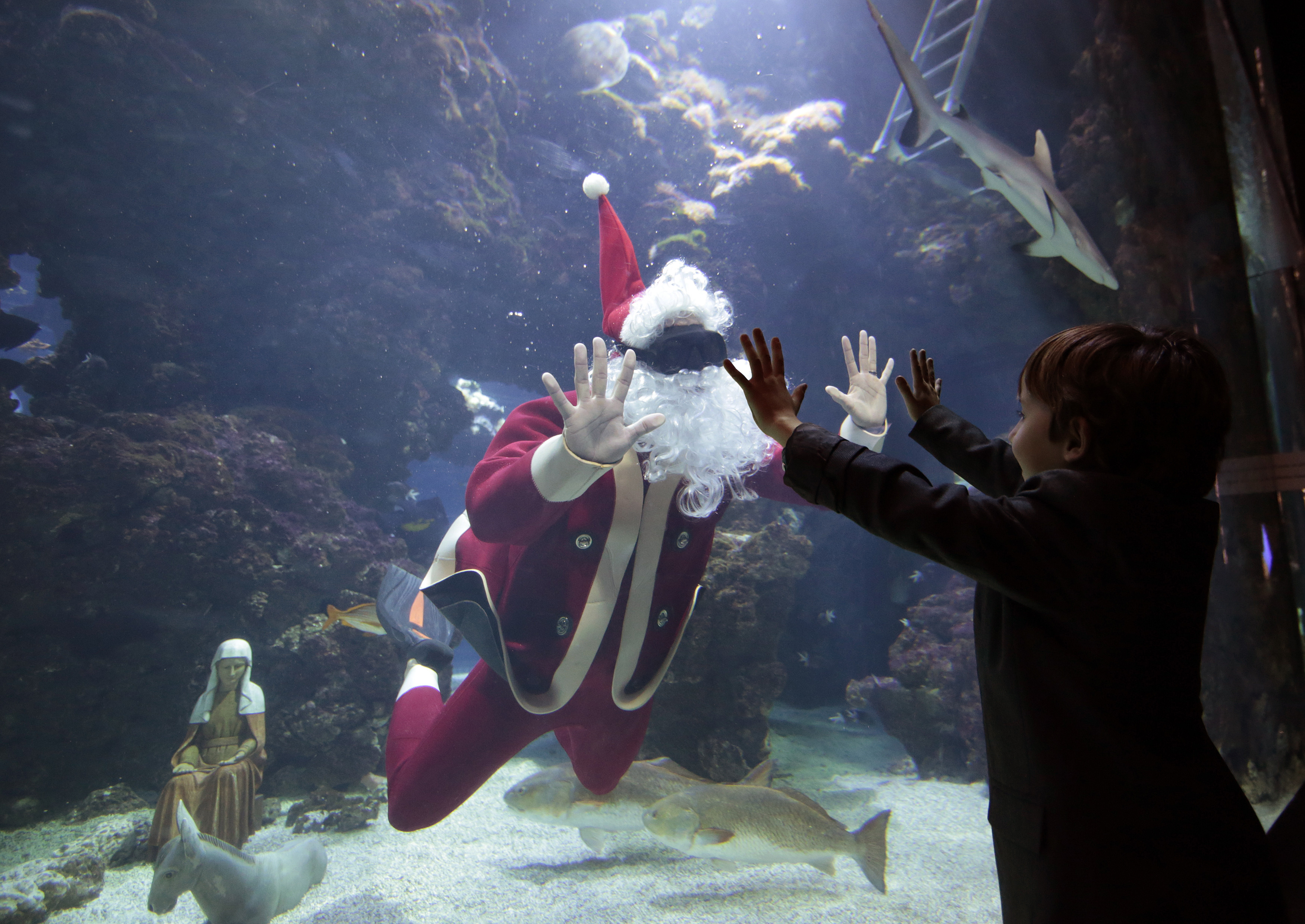 A young boy waves to French diver Pierre Frolla, a four-time apnea diving world champion, dressed as a Santa Claus as he swims with fish in an aquarium of the Oceanic Museum of Monaco December 11, 2015 . The dive was a part of the Noël au Musee celebrations, or Christmas at the Museum. Photo by Eric Gaillard/Reuters 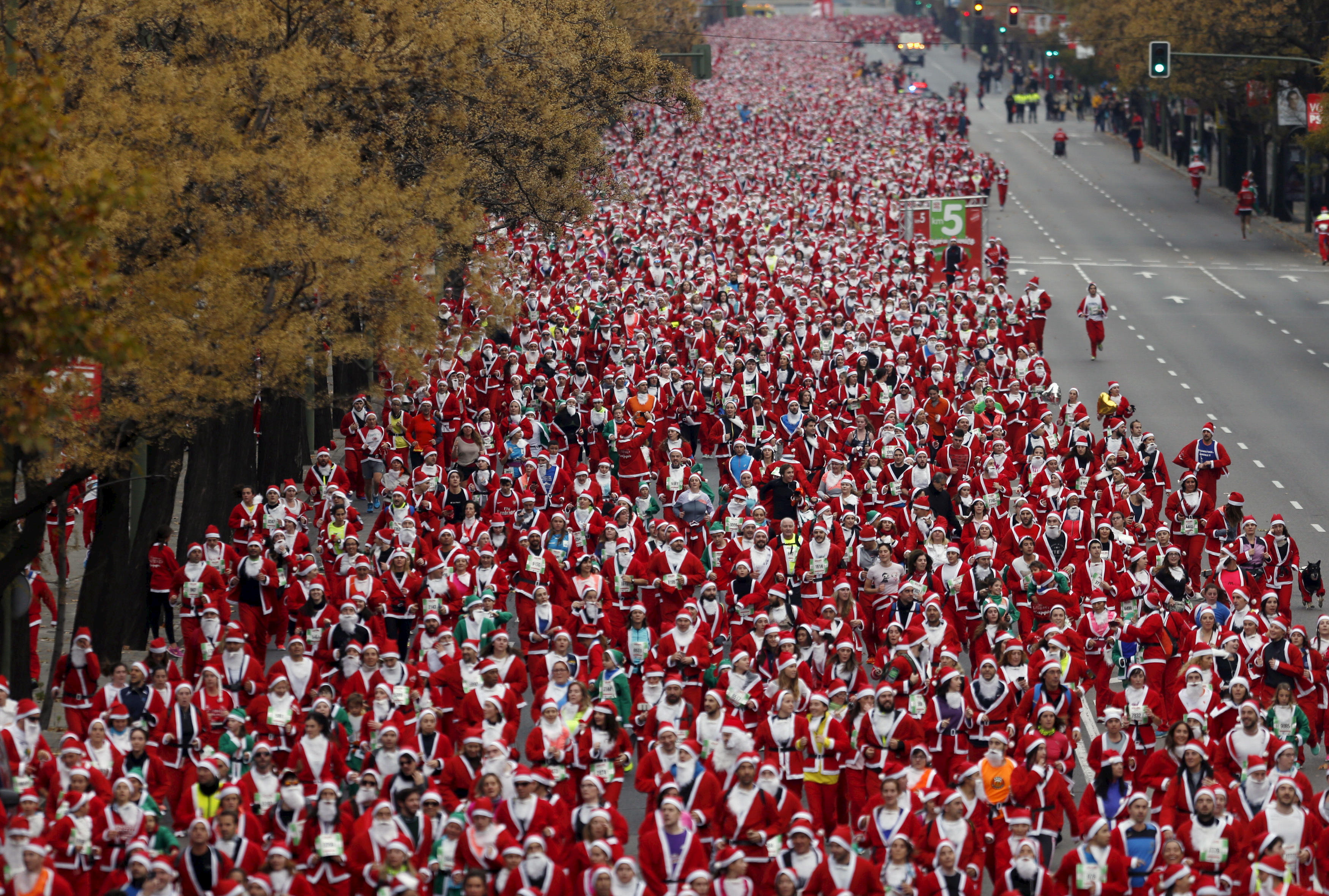 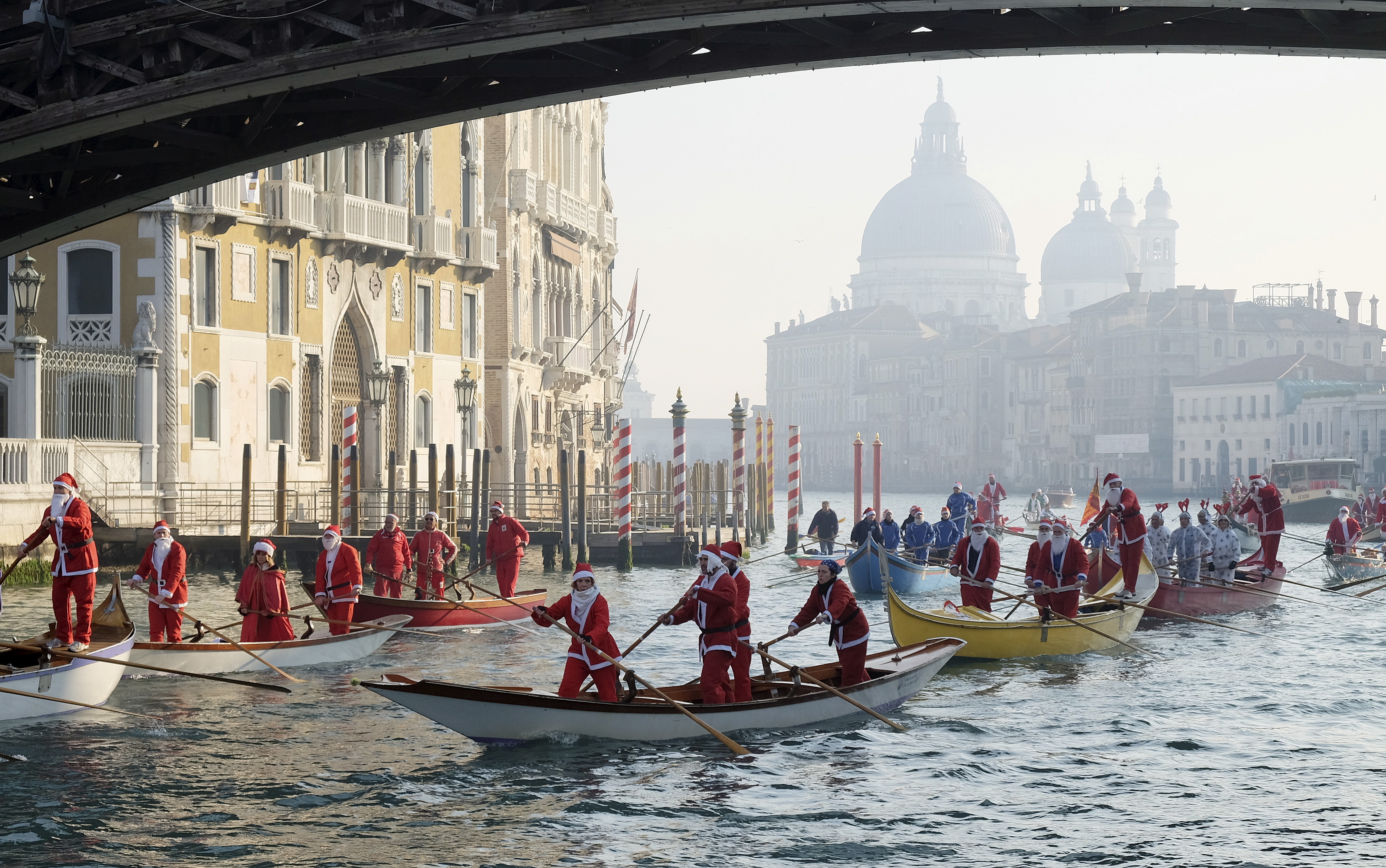 People dressed as Santa Claus row boats on Venice’s Grand Canal, in northern Italy, December 20, 2015. The Christmas Regatta, an event organised by University of Ca Foscar, is in its sixth year. Photo by Manuel Silvestri/Reuters 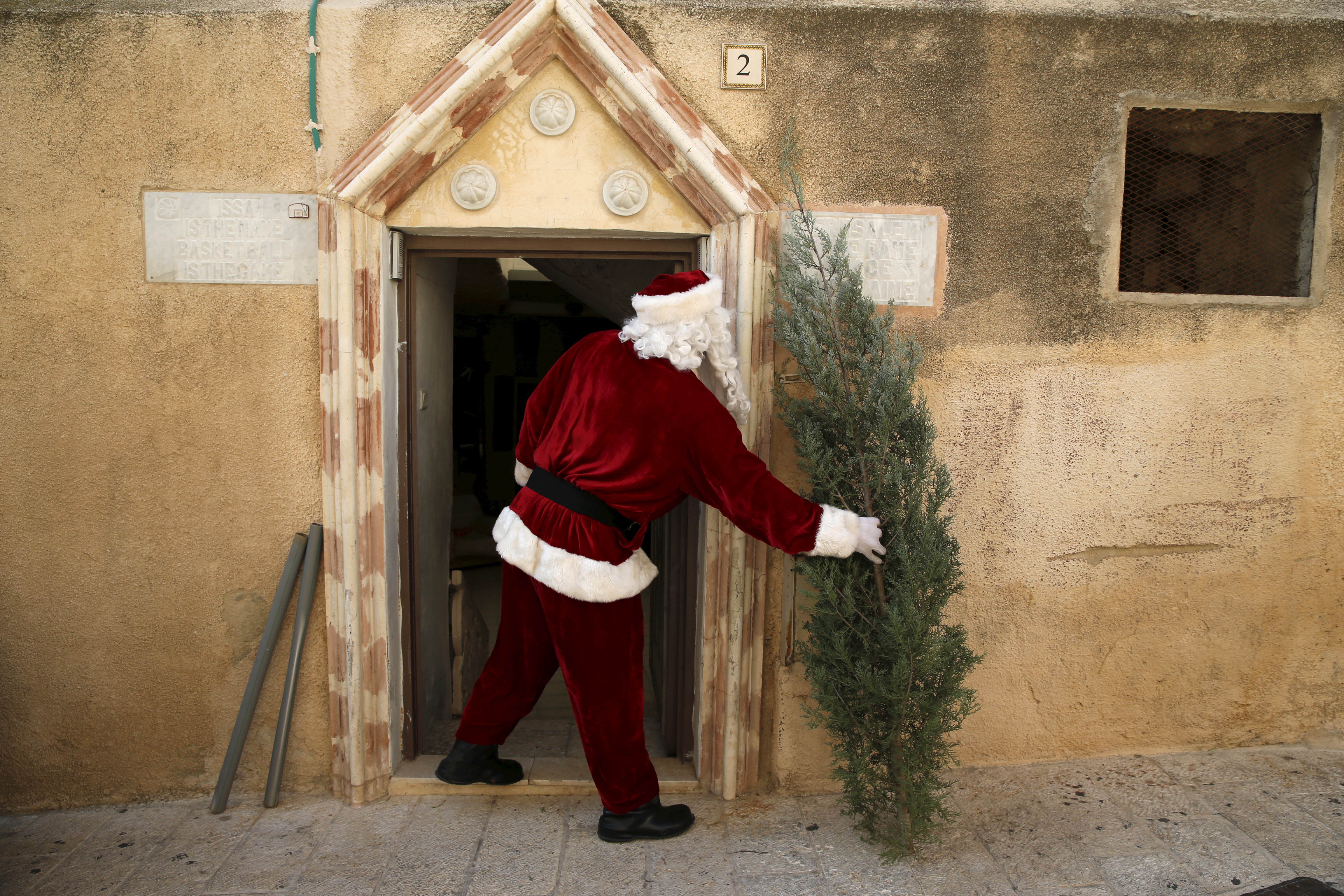 Israeli-Arab Issa Kassissieh wears a Santa Claus costume as he carries a Christmas tree into his house during an annual Christmas tree distribution by the Jerusalem municipality in Jerusalem’s Old City Dec. 21, 2015. Photo by Ammar Awad/Reuters 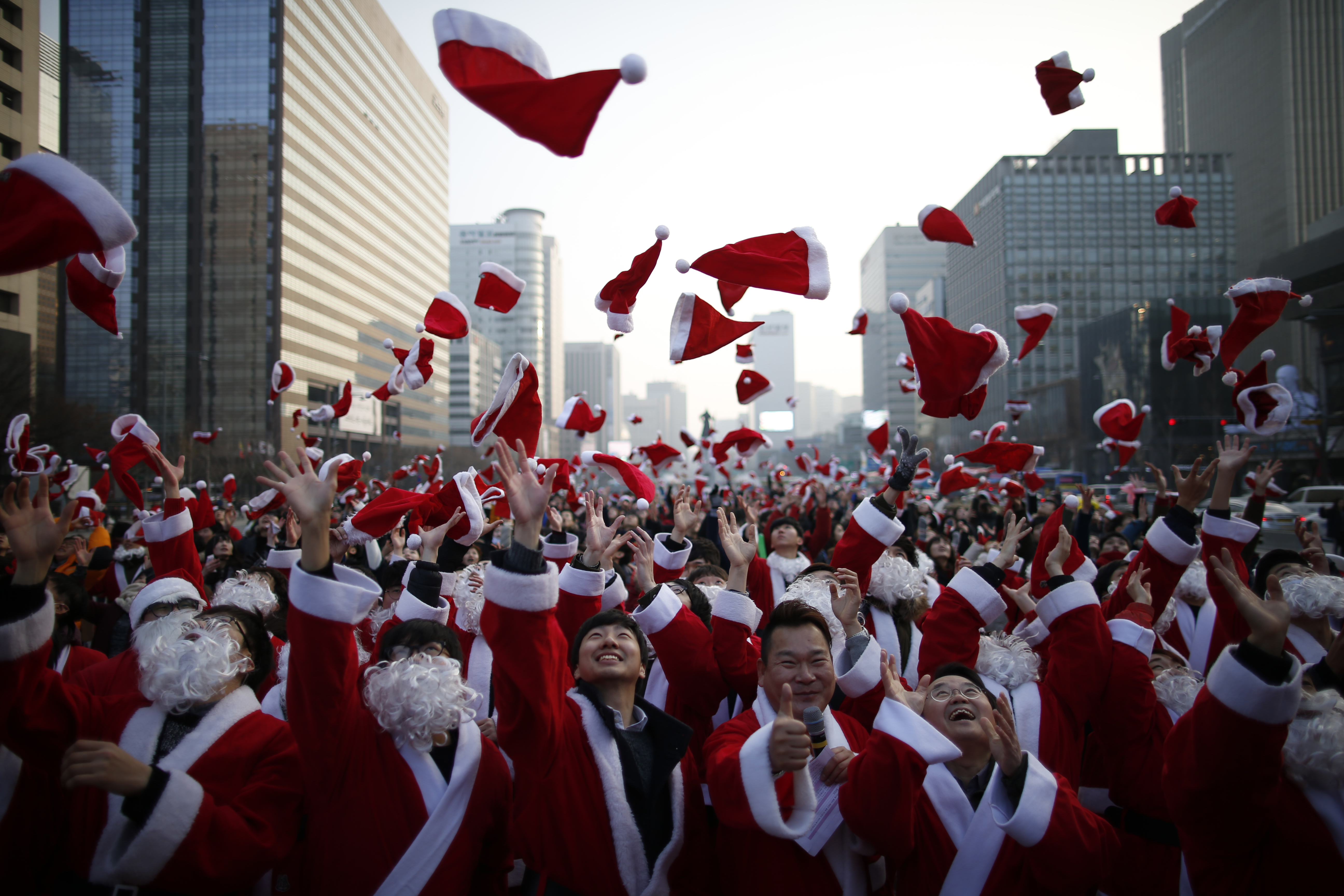 People dressed as Santa Claus throw their hats in the air during a Christmas charity event in central Seoul Dec. 24, 2015. Photo byKim Hong-Ji/Reuters 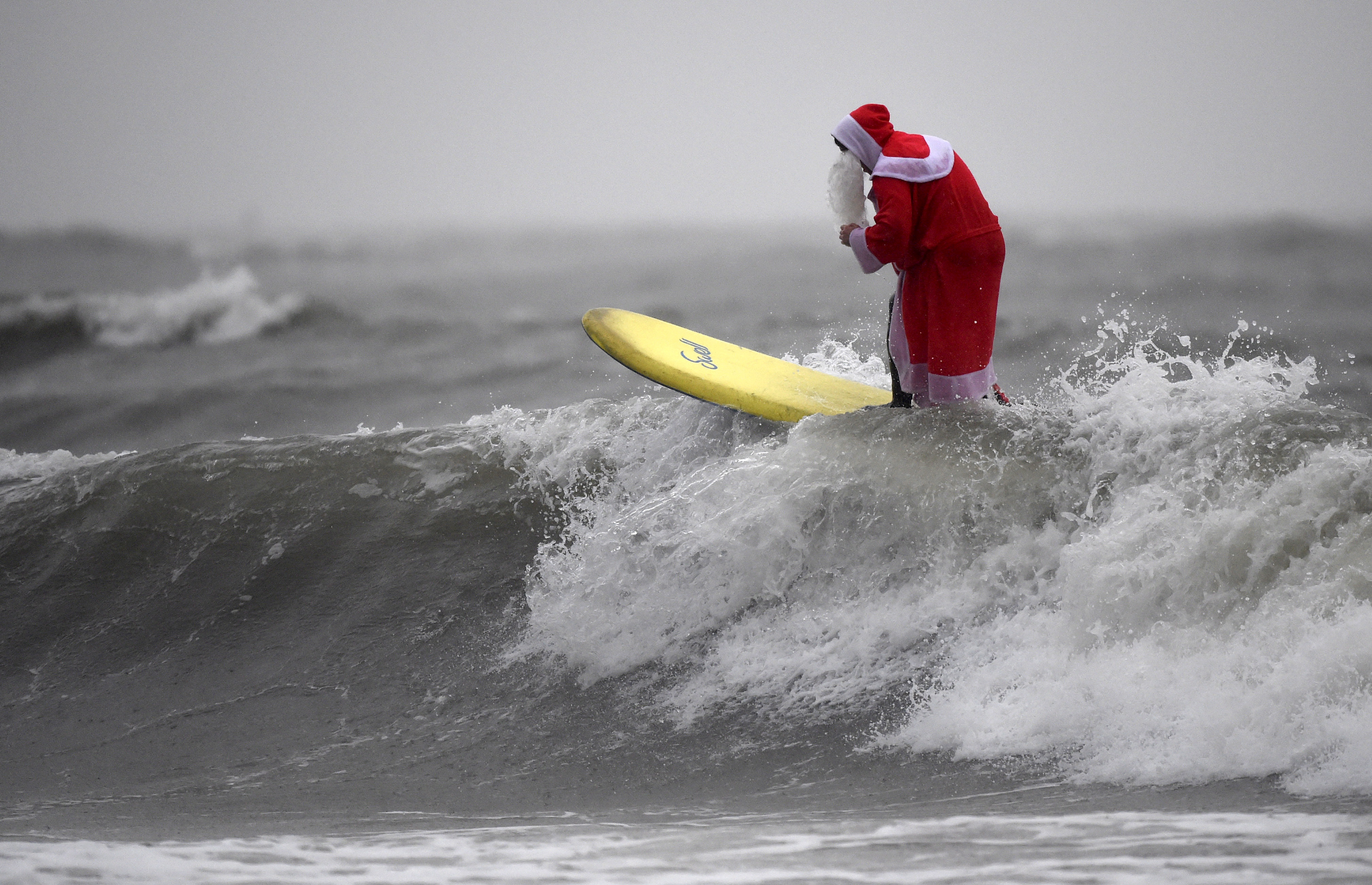 A member of the Langland Board Surfers group takes part in a Surfing Santa competition at Langland Bay in Gower, Wales, Dec. 19, 2015. Photo by Rebecca Naden/Reuters

Left: A member of the "Sibspas" Siberian search and rescue group dressed as Santa Claus, left, shakes hands with his teammate, dressed as Father Frost, the Russian equivalent of Santa Claus, as they climb to the rock named "The Fourth Stolb" (the Fourth Pillar) at the Stolby National Nature Reserve outside Krasnoyarsk, Russia Dec. 15, 2015. Photo by Ilya Naymushin/Reuters