Why these young people came to the COP26 climate change conference

Why are young people coming to the COP26 climate change conference in Glasgow? The PBS NewsHour asked several who are attending why they’re here, what they hope to learn, and what adding their voices to this conference might mean.

The youth climate movement, triggered in part four years ago by Swedish teenager Greta Thunberg, has now become a global movement. Last weekend, more than 100,000 young people and their allies protested in the streets of Glasgow, demanding that the negotiators in Glasgow do more to curb the global greenhouse gas emissions that are warming the planet to a dangerous degree, and to step up aid and assistance to the developing nations which are suffering the worst impacts of that warming.

The NewsHour wanted to understand more about what’s brought young people — both the activists and others — to this global event. Here’s some of what they told us. 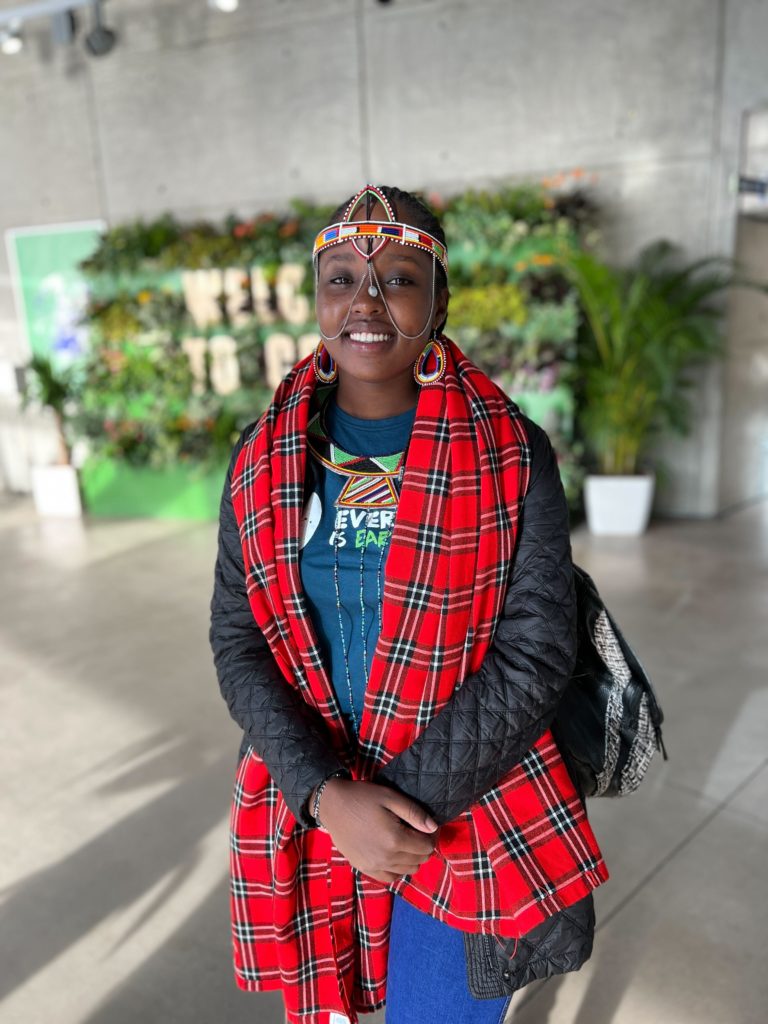 “I went to my first rally this weekend with people from all over the world. It was so emotional,” Anita Soina told the PBS NewsHour.

Originally from the Great Rift Valley in Kenya, Soina now lives in Nairobi, but sees the impacts of climate change everywhere back home. Last month, Kenya declared a national drought emergency, while the Rift Valley was also suffering widespread flooding. These growing disasters make Sonia fear for her future, and she’s come to COP to make sure negotiators don’t lose sight of nations like hers. Climate change is “not something you have to wait for. It’s here and now,” she said. 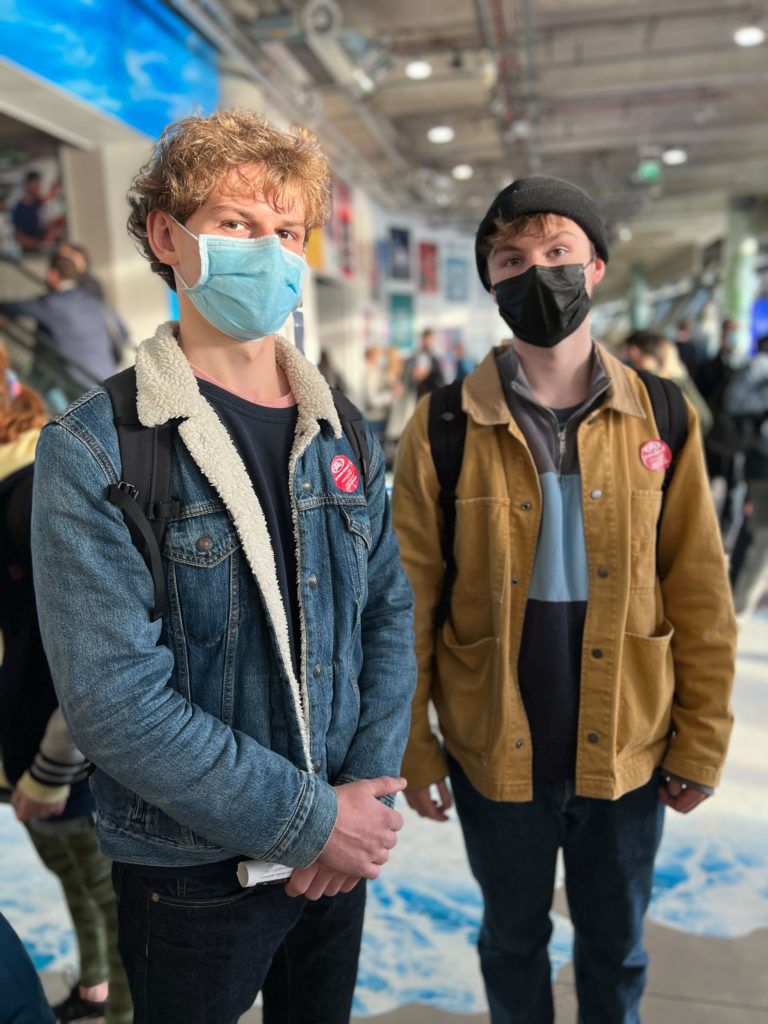 To university student Osh Doherty, being at COP26 makes him surprisingly optimistic because “you’re seeing so many people focused on this issue” and the event “puts some structure to the panic” about climate change.

“You watch it all on news – you can’t just sit there,” said Lukas Berr. “I live a very privileged life and to not take action with what others are suffering in other parts of the world feels wrong. We’re the younger generation. People expect us to act.”

Doherty noted that while it was great to see the genuine revolution underway in renewable and clean energy, there are many people, including Indigenous groups, who “are suffering much worse” and are somewhat detached from a lot of what’s going on at the conference. 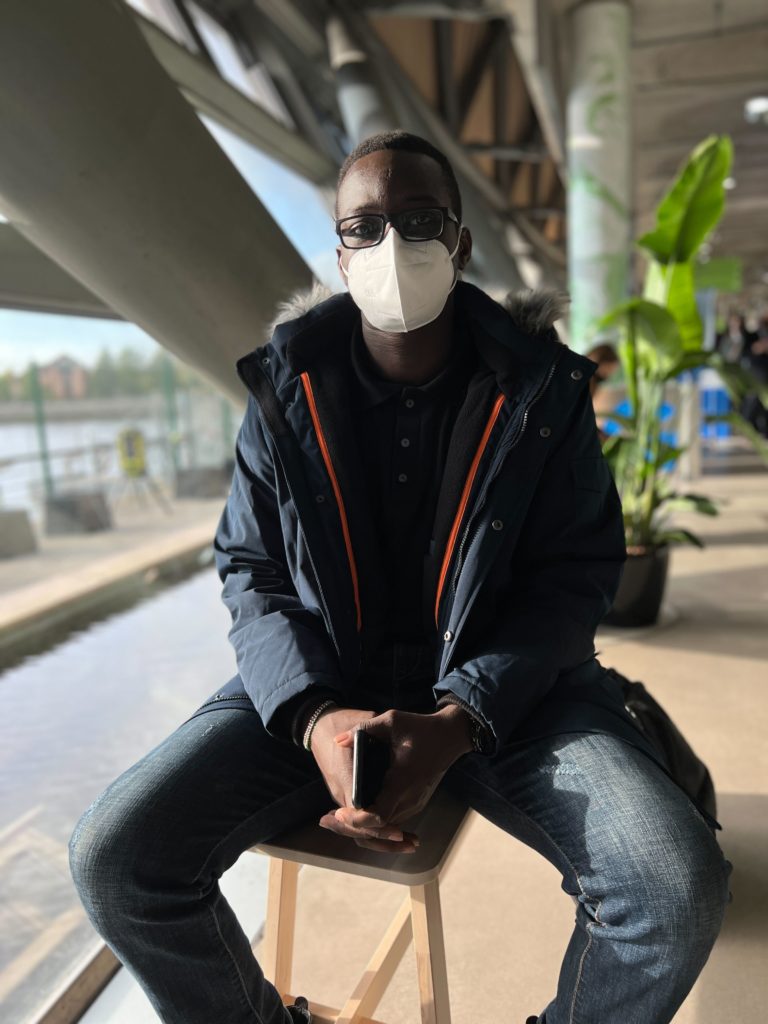 “Climate change is real. But not enough young people know it,” said Kenneth Ramah, a university student in Portsmouth, England. Growing up near Lake Victoria in Kenya, he first studied environmental planning management in Kenya and learned a lot about sustainability.

Ramah, who now works for a volunteer organization that works in some of the poorest countries in the world, said a lot of young people in Kenya think that ‘green jobs’ are boring and don’t pay anything.

“I said I was going to COP, but they didn’t know what it was all about,” he said, adding that, “The first step to action is information.” 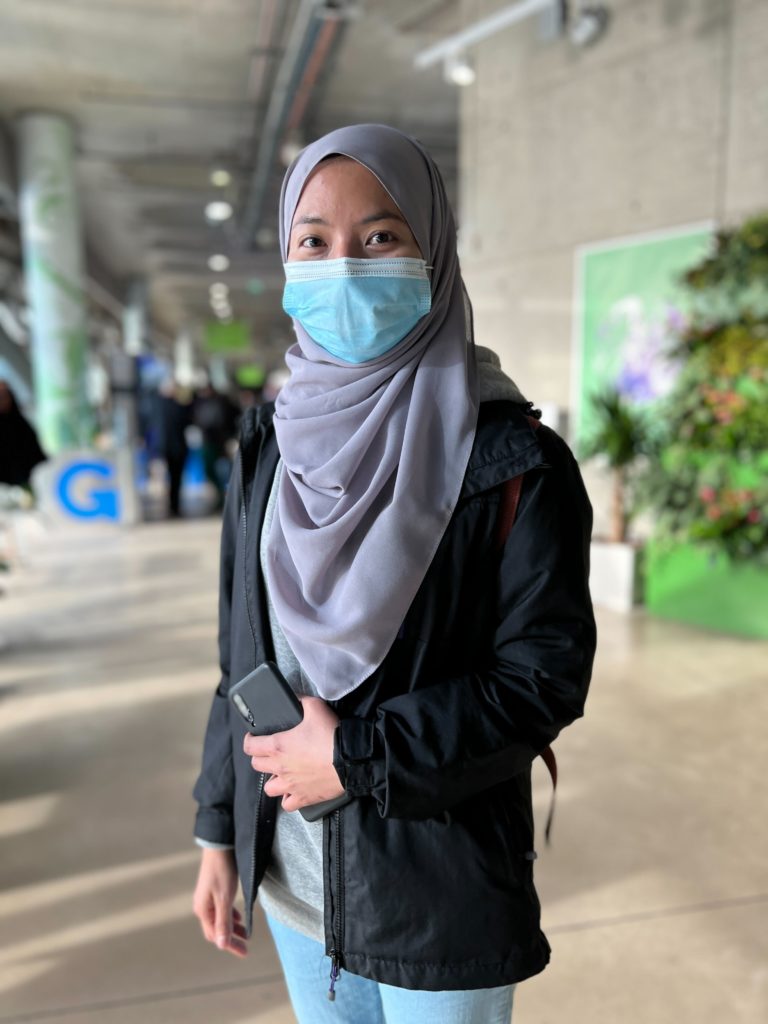 For student Zafirah Zabi, attending COP26 is her first step to learning more about climate change. She says it had never been a top issue for her before, but she saw different stories about Thunberg’s school strikes and protests and wanted to learn more. She said several of her friends went to the big march this past weekend, but she was nervous and decided not to go.
She came to the climate conference to learn more, and isn’t sure whether she’s an activist or not. 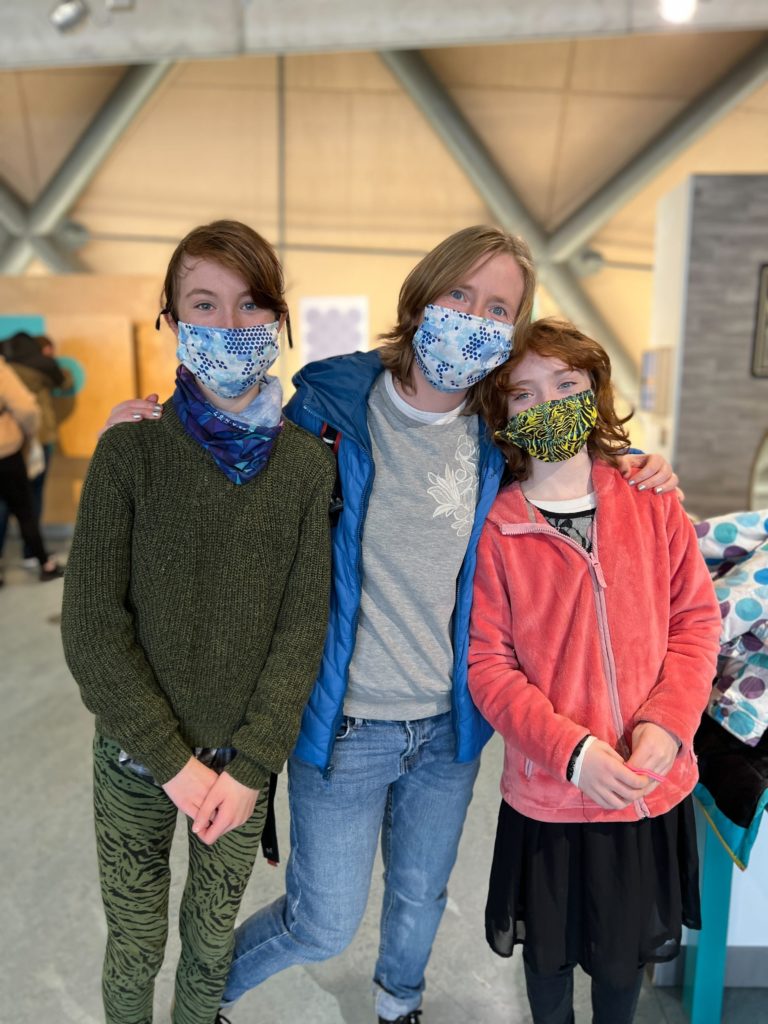 “I wanted them to come here so they’re not anxious,” Donna Wood said about bringing her kids, Rosie, 11, and Ellspie, 9. Wood is an environmental chemist from Scotland, and already knows a lot about climate change. But daughter Rosie has also taken a real interest in the subject, and follows Greta Thunberg’s protests online. All three went to the huge protest march on Saturday in Glasgow, and found it thrilling.

Wood said she wanted her girls to see that people from all over the world are trying to act by coming together to organize and address climate change.

Left: From left to right, Lukas Berr and Osh Doherty, Anita Soina and Zafirah Zabi pose at the COP 26 climate conference in Glasgow. They are among the young attendees who shared why they're attending and what they hope for the future. Photos by William Brangham/PBS NewsHour