WASHINGTON — Putting the U.S. military in charge of drone strikes in Iraq and Syria has effectively reduced congressional scrutiny of those sensitive operations, leaving some activists, lawmakers and U.S. intelligence officials fearful of increased civilian casualties.

For the last decade, the CIA ran the American effort to find and kill al-Qaida members with drones, mostly in Pakistan and Yemen, outside of declared war zones. But the frequency of those strikes has plummeted to about one a month. The main counterterrorism focus now is the war against the Islamic State in Iraq and Syria, where military special operations forces are flying drones that hunt and kill a senior militant every two days.

The shift reflects both legal and philosophical considerations. When he announced a framework for targeted killing two years ago, President Barack Obama argued that the military, not a secret intelligence agency, should be the primary instrument of lethal force against terrorists.

But one byproduct of the change, American officials say, is that congressional staffers no longer examine the details of each individual drone strike.

Some CIA officials, lawmakers, and outside activists worry that the new arrangement creates a greater risk of mistakes, given that drone strikes regularly target key militants who don’t wear uniforms and embed themselves in civilian populations. Congress, they say, should independently review each drone strike to monitor targeting decisions and compliance with the rules of engagement.

“Congress ought to be exercising equally rigorous oversight irrespective of which agency or department uses lethal force,” said Raha Wala, senior counsel at Human Rights First. “We are talking about some of the most legally, politically and diplomatically fraught counterterrorism operations, whether they occur in or out of a war zone.”

The Associated Press interviewed a variety of legislative and executive branch officials for this story, nearly all of whom declined to be named because they weren’t authorized to discuss the matter publicly. 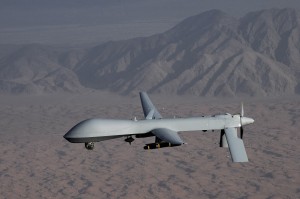 As the CIA’s drone war in Pakistan ramped up in 2010, the spy agency was conducting more than two attacks a week. Intelligence committee staffers with security clearances began driving to CIA headquarters to watch video of each drone strike in Pakistan and Yemen as they reviewed the intelligence documents undergirding the decisions to press the button. The staffers scrutinized civilian casualty claims and whether the decision to fire adhered to Obama’s rule that there should be near certainty that no civilian would be harmed.

Because CIA drone strikes are covert, the CIA must disclose them to the House and Senate intelligence committees. The military does not face the same legal requirement.

Military drone strikes in Iraq and Syria, by contrast, are scrutinized less frequently by committees that have shown great deference to the armed forces. Congressional aides don’t watch video or otherwise examine the details of each strike, officials say. There are simply too many, and the personnel in charge of them are overseas or unavailable for frequent briefings, they say.

Defense Department officials and some lawmakers argue Congress can and does demand information about any military strike that elicits allegations of civilian casualties.

“I don’t think we’ve ever gotten resistance when we say we want to dig in more,” said Rep. Mac Thornberry, the Texas Republican who chairs the House Armed Services Committee. 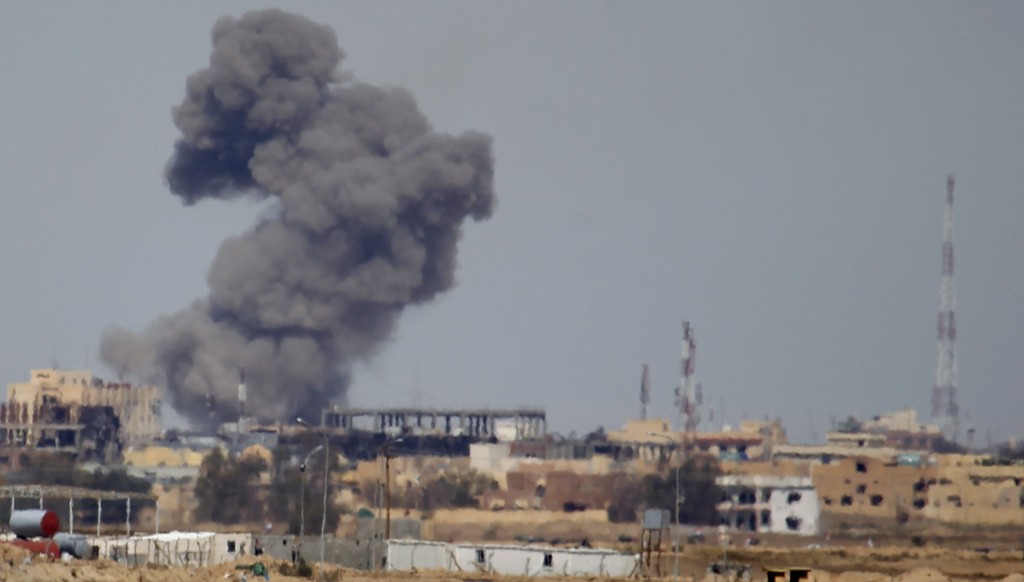 A plume of smoke rises above a building during an air strike in Tikrit March 27, 2015. The U.S. military is combining drone strikes with those of war planes. Photo By Thaier Al-Sudani/Reuters

Sen. Angus King, a Maine independent who serves on both the armed services and intelligence committees, said he was satisfied with the level of oversight of military drone strikes.

“I can’t say it’s identical, but it’s not that different,” from the intelligence committee scrutiny, he said.

In late 2013, at Thornberry’s urging, the Armed Services Committee began requiring quarterly classified briefings and written notifications of each capture or kill operation outside a war zone. But those rules don’t apply to Iraq and Syria.

There, the U.S. military is conducting its drone operations alongside a conventional bombing campaign that has carried out some 9,000 strikes, each one presenting a risk of civilian casualties or targeting error. Officials say there is no way that committee aides could examine them all, and no good reason a drone strike should merit greater scrutiny than a conventional bombing run. They say a drone is just another weapons system, no different than a B-2 bomber. 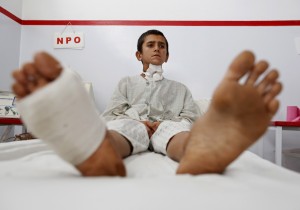 Despite promises that the military would be more transparent about targeted strikes, the details of the operations remain secret. There is no way for the public to know whether the drones’ Hellfire missiles are hitting the right people and avoiding civilian casualties. The Pentagon has not even said how many strikes it has carried out against militant leaders, and it does not say publicly whether a drone was used.

Neither does the military disclose its rules of engagement. It seeks to avoid civilian casualties, but the “near certainty” standard does not apply in war zones, officials say.

In the overall air campaign, the military has acknowledged two instances of civilian deaths. A spokesman for U.S. Central Command, Kyle Raines, said as of Wednesday there have been 117 total allegations of civilian casualties. Of those, 85 allegations have been determined to be not credible. Eleven allegations remain open, he said.

Left: Demonstrators deploy a model of a U.S. drone aircraft at the "Stop Watching Us: A Rally Against Mass Surveillance" near the U.S. Capitol in Washington, Oct. 26, 2013. Photo By Jonathan Ernst/Reuters