The World Press Photo of 2014, selected today, shares an intimate embrace between a gay couple in a dark room in Russia, captured by Danish photographer Mads Nissen.

The photo also won first place in the Contemporary Issues category, making it the second year in a row the judges selected a winner from said category.

Nissen’s winning image is part of a photo series called “Homophobia in Russia,” which documented the difficulties and struggles shared by the LGBT community in Russia, especially after an anti-gay law passed in 2013.

“This is an attempt to understand what it’s like to live with forbidden love in modern Russia,” Nissen wrote in the description of his photo essay. “Sexual minorities face legal and social discrimination, harassment, and even violent hate-crime attacks from conservative religious and nationalistic groups.”

The World Press jury explained that they were looking for a timeless, iconic image that sets a professional standard for story telling, stressing the necessity for a touch of humanity as well as aesthetics. And Nissen’s photo hit all the spots.

But perhaps the lesser-known part of the competition is an astonishing fact: The World Press jury disqualified 20 percent of its finalists for over-manipulating images and careless post-processing.

When a photo makes it to the final stages of the contest, the photographer is required to send in raw files. This year, the disqualified images had either excessive toning or removal of small details that compromised the integrity of the original photos.

The contest rules only allow “retouching of files that conforms to currently accepted standards in the industry,” and “the jury is the ultimate arbiter of these standards,” World Press Photo managing director Lars Boering told TIME magazine.

The worst hit category was Sports Stories, hit so badly that the jury awarded only two prizes instead of the usual three. 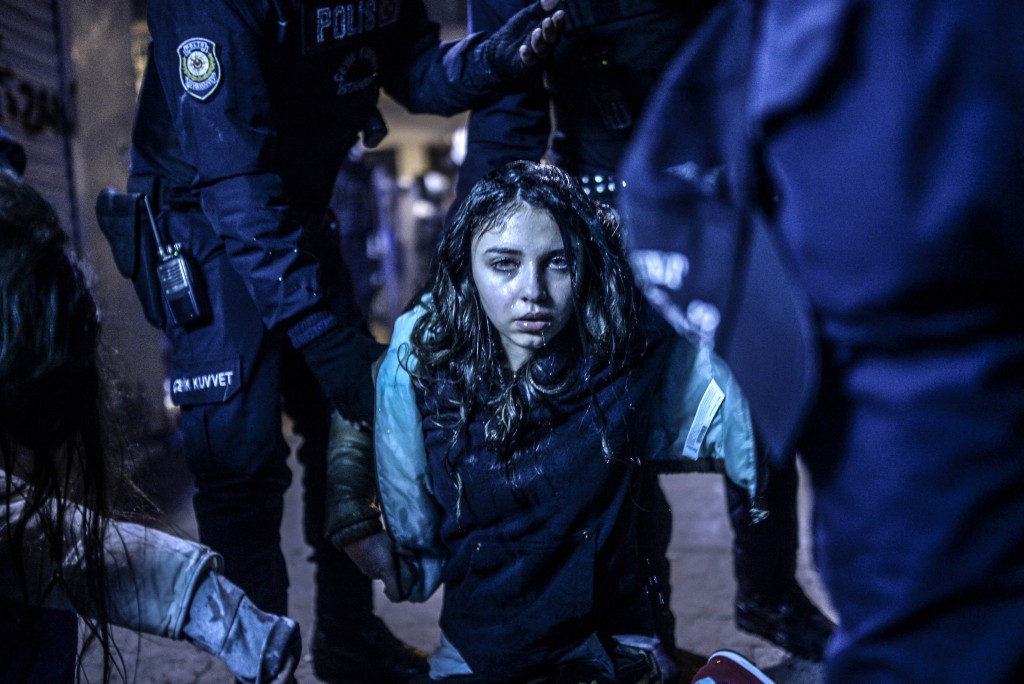 Bulent Kilic, a Turkish photographer for Agence France-Presse, won the First Prize in the Spot News Category, Singles, of the 2015 World Press Photo contest with this picture of a young girl after she was wounded during clashes between riot police and protesters following the funeral of Berkin Elvan, the 15-year-old boy who died from injuries suffered during last year’s anti-government protests in Istanbul, in this picture taken March 12, 2014. Photo by Bulent Kilic 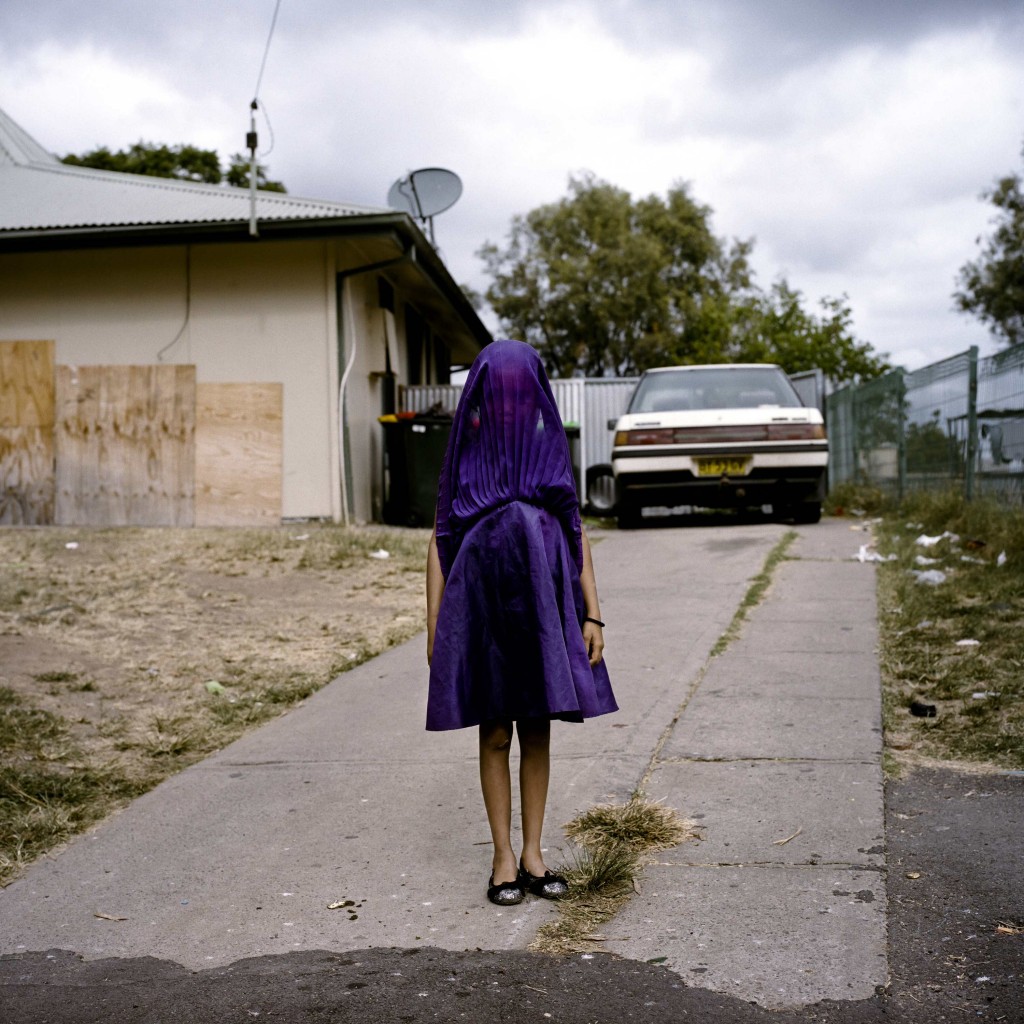 Raphaela Rosella, an Australian photographer of Oculi agency, won the First Prize in the Portraits Category, Singles, of the 2015 World Press Photo contest with this portrait of Laurinda waiting in her purple dress for the bus that will take her to Sunday school in Moree, New South Wales, Australia, in this picture released by the World Press Photo organisation on February 12, 2015. Photo by Raphaela Rosella 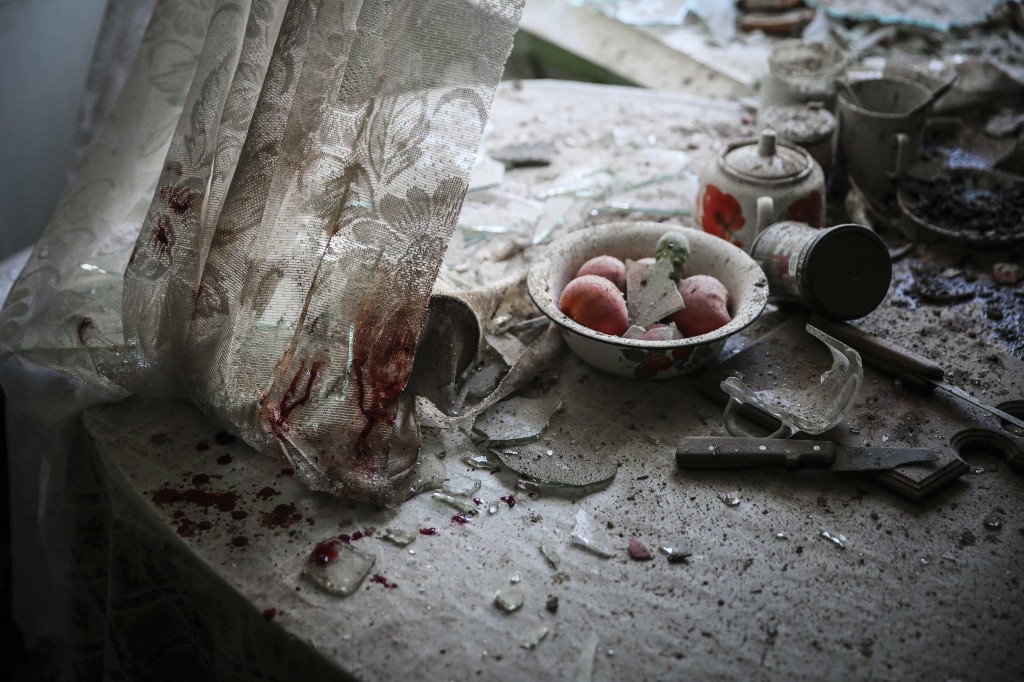 Sergei Ilnitsky, a Russian photographer of the European Pressphoto Agency, won the First Prize in the General News Category, Singles, of the 2015 World Press Photo contest with this image of damaged goods lying in a kitchen in downtown Donetsk, in this picture taken August 26, 2014. Photo by Sergei Ilnitsky 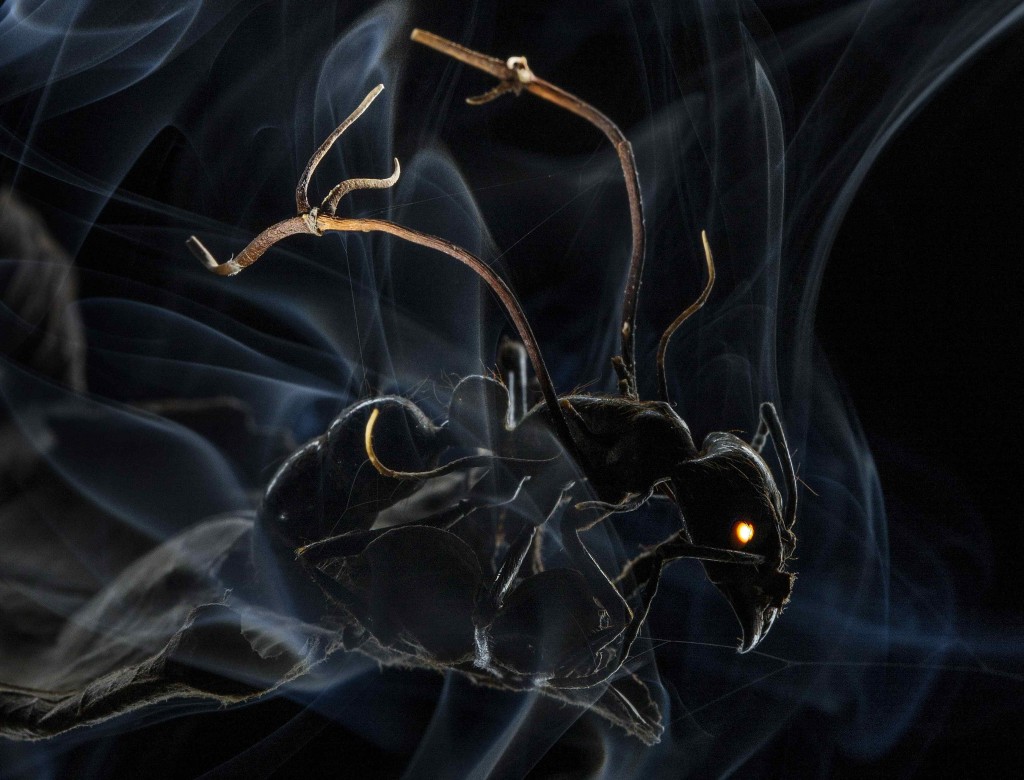 Anand Varma, a U.S. photographer working for the National Geographic, won the First Prize in the Nature Category, Stories, of the 2015 World Press Photo contest with his series of pictures, which includes this one of spores of a fungus landing on an ant, penetrating its exoskeleton and entering its brain, compelling the host to leave its normal habitat on the forest floor and scale a nearby tree, in this picture taken January 22, 2014. Photo by Anand Varma 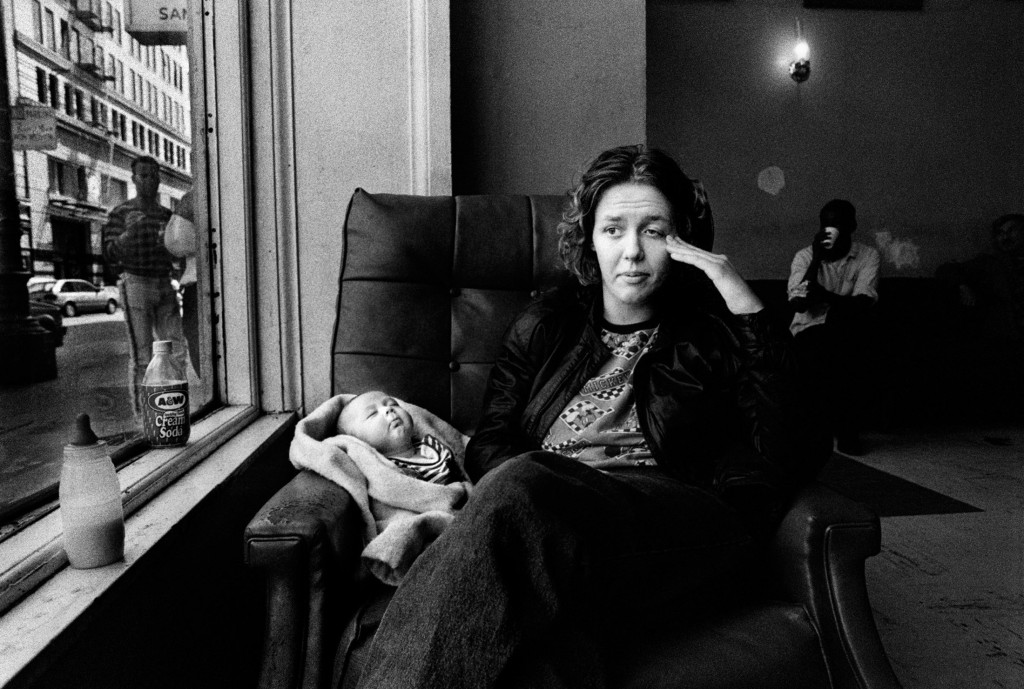 Darcy Padilla, a U.S. photographer of Agence VU, won the First Prize in the Long-Term Projects of the 2015 World Press Photo contest with her work “Family Love 1993-2014 – The Julie Project” series, which includes this image of Julie in San Francisco, taken January 28, 1993 and released by the World Press Photo on February 12, 2015. Photo by Darcy Padilla 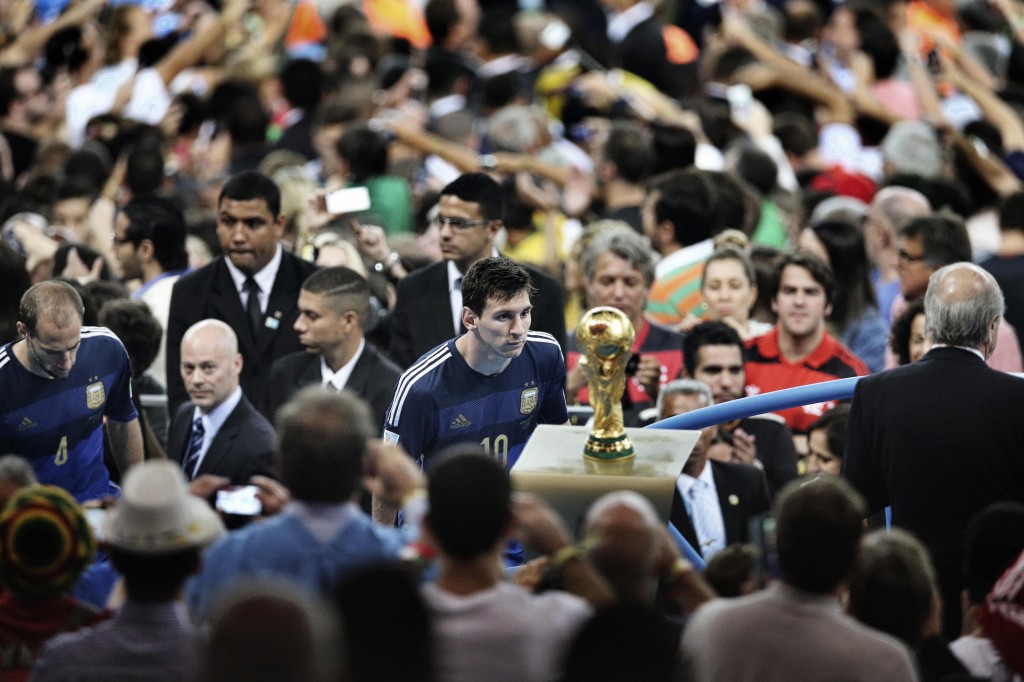 Bao Tailiang, a Chinese photographer of Chengdu Economic Daily, won the First Prize in the Sports Category, Singles, of the 2015 World Press Photo contest with this picture of Argentina’s player Lionel Messi coming face to face with the World Cup trophy during the final celebrations at Maracana Stadium in Rio de Janeiro, in this picture taken July 13, 2014. Photo by Bao Tailiang 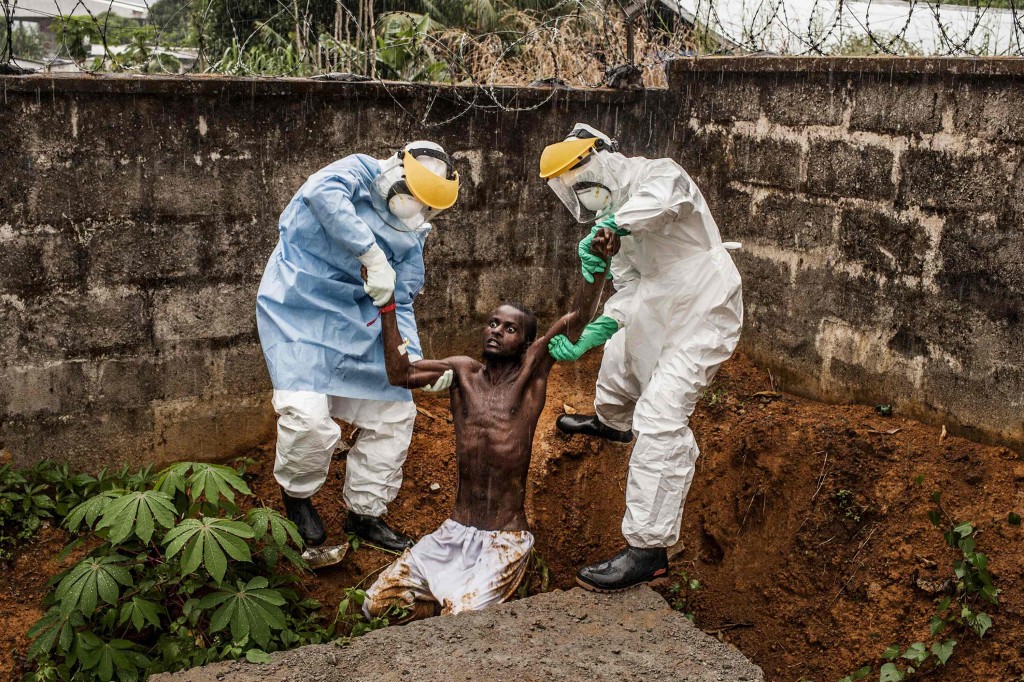 Pete Muller, a U.S. photographer of Prime on assignment for National Geographic/The Washington Post, won the First Prize in the General News Category, Stories, of the 2015 World Press Photo contest with his series of pictures which includes this one of medical staff at the Hastings Ebola Treatment Center escorting a man in the throes of Ebola-induced delirium back into the isolation ward from which he escaped, in Freetown, in this picture taken November 23, 2014. Photo by Pete Muller