As part of a campaign to encourage environmental awareness well before Earth Day on April 22, the United Nations and the World Wildlife Fund are urging people around the globe to turn off their lights for one hour from 8:30 to 9:30 pm local time on March 29, 2014.

The campaign, called “Earth Hour,” invites participants to “celebrate their commitment to the planet.” 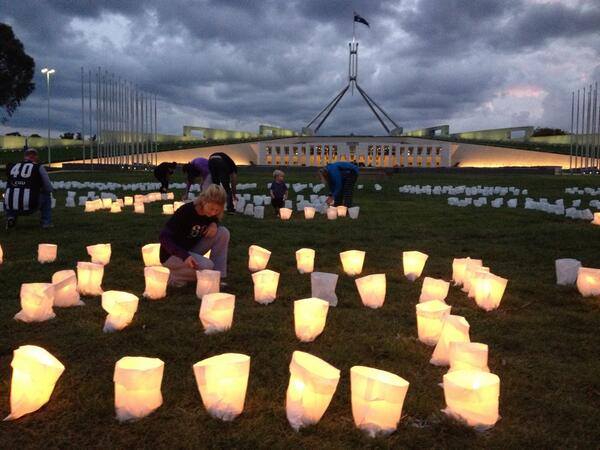 A candle display outside Parliament House in Canberra spells out “It’s Lights Out For The Reef” in support of the Great Barrier Reef. Credit: WWF Australia

Get Earth Hour updates, join in on Facebook or find out about local events.

And view images posted in cities and towns all over the map on Earth Hour’s Twitter and Instagram feeds.