You can bake a Hot Pocket on board a B-52 nuclear bomber. Seriously.

Over the past six months, the PBS NewsHour has visited a number of military bases for a series about America’s aging nuclear arsenal. We wanted to know: how many nuclear weapons were necessary and how much of the stockpile needs to be rebuilt now that many of the cold war era systems are reaching the end of their service lives. We also visited Department of Energy laboratories where nuclear weapons are redesigned and rebuilt.

READ MORE: See inside the underground bunker that could launch a nuclear war

Along the way we learned some lesser-known details about America’s nuclear weapons and the aircraft and vessels that house them. 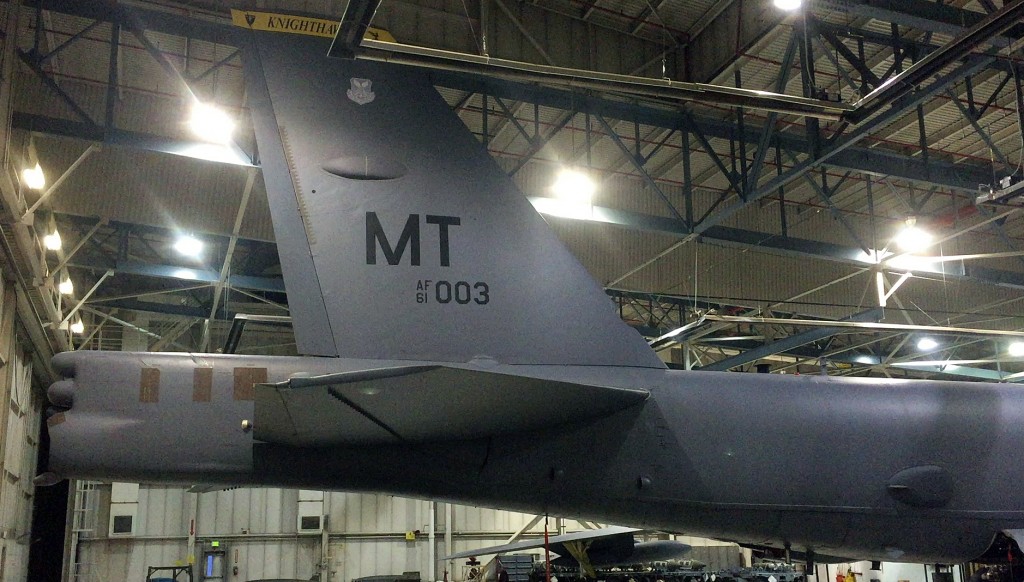 For example, have you ever wondered how to tell how old an American Air Force aircraft is? Look at the tail of the aircraft in the photo above, you’ll see the big letters MT. Under MT, the letters AF, and under that, the year, 1961, the year the aircraft was built.

And what about eating on the B-52? During long hours of training, or on actual bombing missions, the crew needs sustenance.

The B-52 comes complete with a vintage oven. It has two settings: 400 degrees and off. 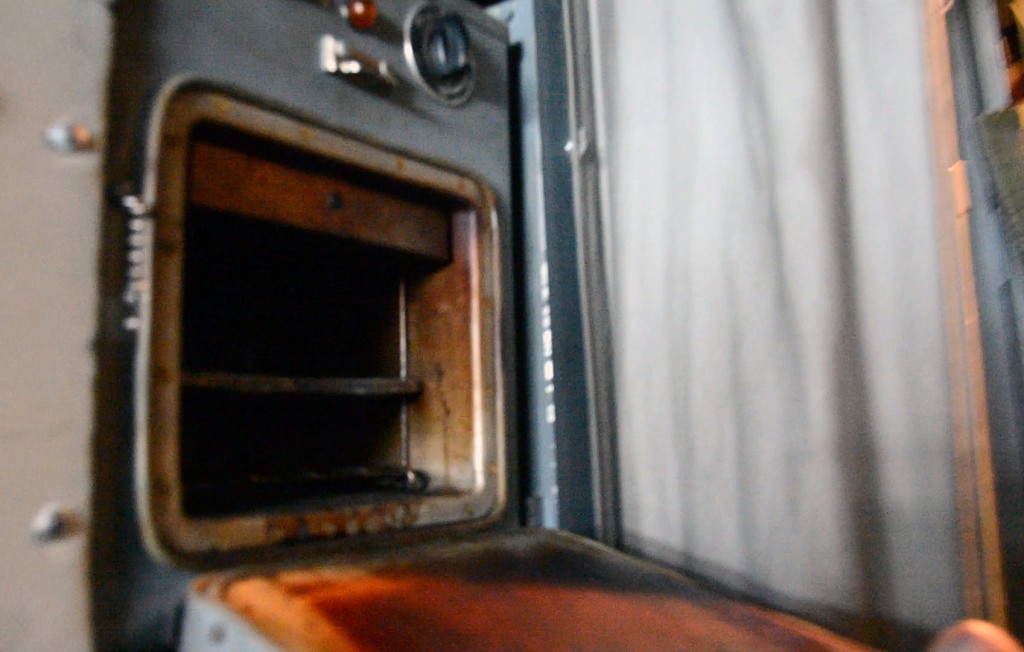 For the most part, crews will eat something cold or cook for themselves.

WATCH: How many ballistic missile submarines does the U.S. really need?

“But a warm meal really makes a difference on any sortie that is over 6 hours,” Air Force Major Ryan Cox wrote in an email to the NewsHour. However “cooking for the crew is a bit of a dying art,” with the cutbacks in crews, he wrote.

According to Cox, the Electronic Warfare Officer (EWO) is usually responsible for cooking. The EWO is one of five members of the B-52 crew. This individual’s primary responsibility is protecting the jet on the way to and from the target.

“In war we usually have six-plus hours to get to and from the areas where we’d encounter enemy fire so IF (and it’s a big if) the EWO wants to gain favor with the crew he’s flying with, he will offer to cook for them,” Cox wrote.

“There are two types of EWOs,” according to Cox. “Those who do cook for the crew, and those who don’t.”

It comes down to pride “for the ones who don’t cook because if you think about it, you’re kind of like a flight attendant, and they don’t want to put themselves in an inferior situation. It’s about 70 percent-30 percent those who don’t cook, as opposed to those who do,” Cox wrote.

But for the minority who do cook, they’ll bring “Hot Pockets, or pizza rolls or chicken wings. Or anything in the ‘frozen dinner’ aisle that’ll fit in that small spot.”

The men and women who fly the B-52s have to “really trust the EWO too, because the unwritten rule on the B-52 is ‘no [defecating] on the jet,’ so anything that may trigger a bowel movement is often paired with a hearty amount of cheese to counteract such ingredients,” according to Cox. We’ll have to take his word for that! 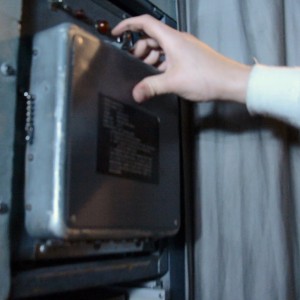 Watch the full PBS NewsHour report, in partnership with the Pulitzer Center on Crisis Reporting:

Left: The men and women who train on America's nuclear bombing missions often spend hours at a time in the air. We got to know a little bit more about life as a crew member on a B-52 bomber. Still frame photos from NewsHour