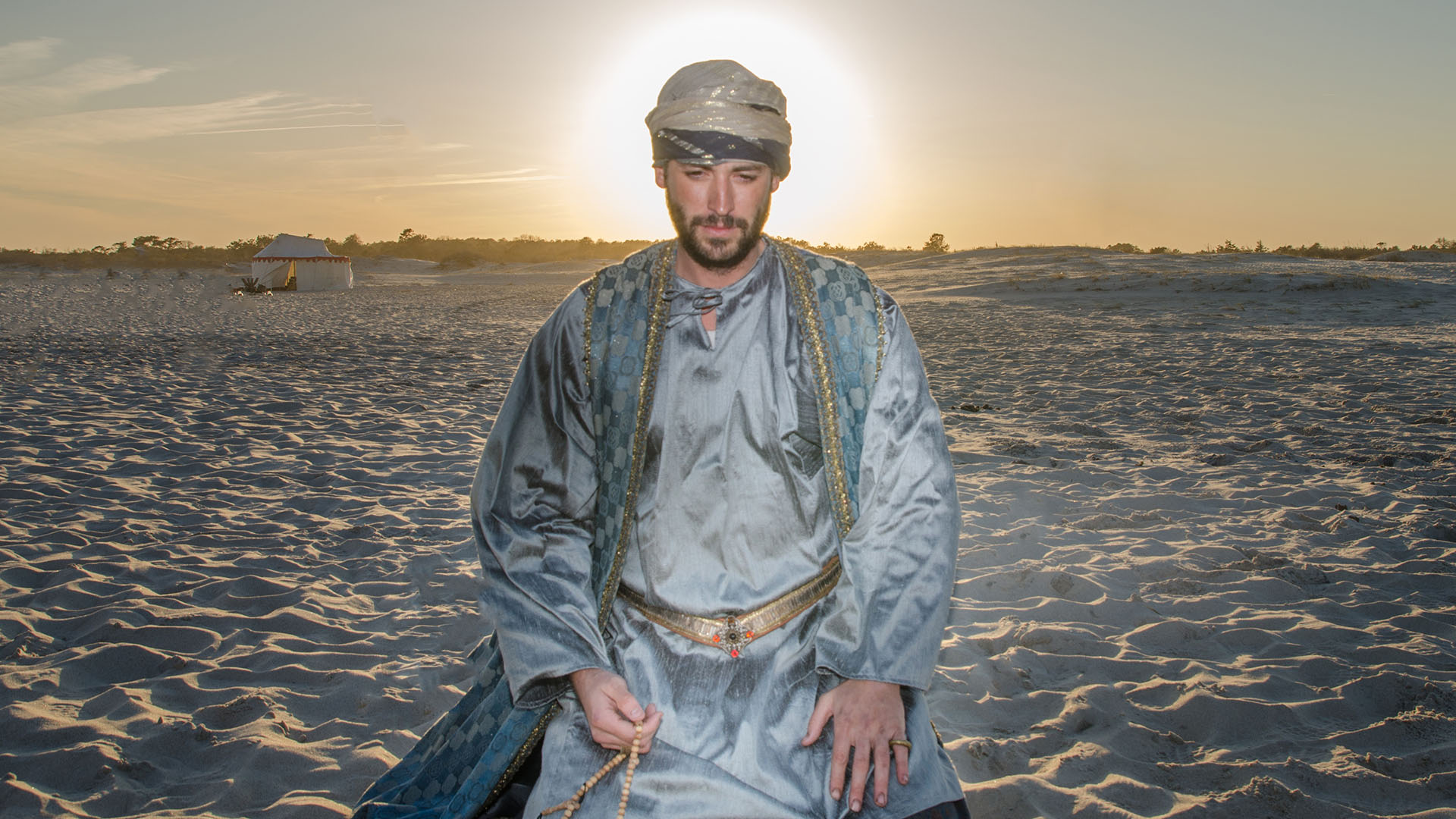 Malik al-Kamil Nasir al-Din Muhammad (1180-1238 CE) was the fourth Ayyubid sultan of Egypt and the lands under Ayyubid rule in Syria and Palestine from 1218 CE until his death. He was the son of al-Adil, brother of Salahuddin (Saladin), the first Ayyubid ruler of Egypt and legendary leader of Muslims against the European Crusaders.

Al-Kamil was raised to be a ruler, and educated with the necessary military skills and intellectual preparation for rulers in this time of rival power centers. He learned to recite the Qur’an, and studied Islamic law and religious sciences. Paul Moses, author of The Saint and the Sultan said that during negotiations between Salahuddin, al-Kamil’s father, and Richard the Lionhearted, the English king conferred knighthood upon the young al-Kamil at age 11 as a symbolic gesture of their relationship.

Al-Kamil was raised in a society where Jews and Christians made up two other religious groups, with their laws, customs and houses of worship. Jews and Christians performed government service, worked as merchants and interacted with Muslims in many areas of life.

As a ruler in his own right, al-Kamil gained a reputation among the Coptic Christians of Egypt for tolerance and justice, for listening to their concerns and judging fairly, on more than one occasion against the claims of Muslims. The Coptic chronicles record these acts of justice and tolerance, and also the fact that he was well informed about their affairs.

Diplomats and military leaders came to the court of al-Adil (who ruled from 1200-1218 CE) and it was during this time that the young al-Kamil learned how negotiations and warfare among rivals were required to stay in power, how Salahuddin had secured rule over Egypt, and how his sons’ rivalry for power took a toll on their subjects. As al-Adil grew older, he granted al-Kamil power to make decisions over political, social and economic matters.

Struggles among fellow Muslim rulers and Ayyubid rivals were only one side of the challenges al-Kamil faced. The Crusaders continued to hold territories in the eastern Mediterranean, especially important port cities, and the Church planned and executed new attempts to recover Jerusalem and strengthen their foothold in the Holy Lands.

In 1218, the dangerous invasion of the Fifth Crusade began when the Franks (Crusaders) marched on the Egyptian Delta city of Damietta with the idea of taking control of Egypt, or at least its gateway city. Al-Kamil’s father, al-Adil, died soon after hearing that the Franks had captured a tower along a branch of the Nile. Al-Kamil became Sultan of Egypt in 1218, in the face of the Frankish invasion of Egypt, after having served as his father’s viceroy (deputy) from the age of twenty. Early in his rule, he also faced a famine when the Nile floods failed for three years. Al-Kamil worked to build up the irrigation dams to support agriculture, but disease and hunger killed many.

Throughout his reign, al-Kamil had little relief from both rival Ayyubid and other rivals challenging his power. Al-Maqrizi’s History of the Ayyubid Sultans of Egypt paints a picture of the constant pressure on al-Kamil from plots by rival rulers, some from among his own relatives. Crusaders were major foreign enemies, but far beyond Baghdad, the Mongol advance on lands and cities of Central Asia was moving toward Bagdad, and threatened Syria and Egypt if Baghdad fell to the Mongols, which happened in 1258.

Al-Kamil met these many challenges by trying to negotiate peace wherever possible, making trade pacts with other Mediterranean cities like Venice, and looking after the welfare of his people rather than seeking glory on the battlefield. Al-Maqrizi described al-Kamil as one who was sparing with the resort to war and the risk to soldiers and civilians. The pages of the History are also filled with accounts of years when the Nile floods failed, the scarce rains did not fall, and prices rose with people’s hunger. Plague often struck populations weakened by hunger and suffering warfare.

Administering domestic affairs for the welfare of people meant taking care of defensive walls, keeping roads secure, and maintaining irrigation. He was always interested in scholarship and learning beyond the military challenges. Al-Maqrizi wrote: “Al-Kamil much loved men of learning, preferring their society. He…listen[ed] to the traditions of the Prophet, and himself related traditions… He built the Kamiliyah College of Traditions in Cairo…He loved discussions with ulama’ [Muslim scholars]…Learning and literature flourished under him.”