If you are planning a trip in the near future through Boston’s Logan International Airport, you may want to consider the movement of your eyes, unusual perspiration and clicks of the tongue. Someone else may be.

These are some of the physical cues Transportation and Security Administration (TSA) personnel began monitoring this week in an effort to detect “suspicious activity” during interviews with every passenger at the airport’s security checkpoints.

Behavior detection officers have been trained to assess passengers’ “micro-expressions,” or facial expressions intended to conceal emotion.  TSA spokesman Nico Melendez told the Los Angeles Times they’re looking for “involuntary physical and physiological reactions that people exhibit in response to a fear of being discovered,” but didn’t elaborate further. (NPR has more on the facial expressions TSA is looking for.)

Boston Logan is the first airport to try out the program, which is modeled after a similar technique employed in Israel.  After a 60-day pilot period, the TSA will decide whether to implement it at other airports across the country.

University of Tennessee law professor Glenn Reynolds warns that behavior detection techniques are difficult to teach, and questions whether TSA officers will be able to employ them effectively.

Democrats on the House Homeland Security Committee have also criticized the program.  Chief among them is Representative Bennie Thompson (D-Miss.), who wrote this letter [PDF] to TSA Administrator John Pistole arguing the program has no scientific validation.

Back in January we explored how difficult it can be to define and detect “suspicious activity” in  Are We Safer.  Suspicious behavior identified by government and law enforcement organizations ranged from “individuals who order food at a restaurant and leave before the food arrives” and  “joggers who stand and stretch for an inordinate amount of time” (LAPD) to “drivers who operate the vehicle in an overly cautious manner, attempt to abandon the vehicle or act nervously” (Maryland Coordination and Analysis Center). 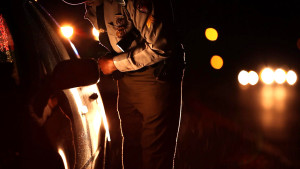