Can House Calls Save Health Care?

Some communities across the country are betting on it.

One is Camden, N.J., as featured in our recent film Doctor Hotspot. Correspondent Atul Gawande introduces us to Dr. Jeffrey Brenner who uses data to target and care for the city’s sickest and most expensive patients. The above clip tells the story of Derek, a patient who suffers from asthma and a seizure disorder. In the six months since a home care nurse started visiting him, his hospital visits have been reduced from 35 to just two.

Other cities and towns across the country are sending paramedics to perform routine health care check-ups instead of arriving on the scene only when 911 is dialed.

First reported by the Associated Press’ Steven K. Paulson and today by Kirk Johnson in The New York Times, these experiments are in response to squeezed budgets and forthcoming changes to Medicare under President Obama’s new health care plan. (Medicare won’t pay if someone is readmitted to a hospital within 30 days with a repeat of the same illness.)

In Colorado, paramedic Kevin Creek “makes house calls to take electrocardiograms, check patient prescriptions, check blood pressure, change dressings, draw blood and make other observations that used to require a doctor’s visit.” The state recently started a five-year program to see how much money one county could save in state and federal Medicare and Medicaid money by making these types of visits.

In its own micro version of hot spotting, the Fort Worth, Texas, emergency medical system MedStar analyzed data and found that “21 people, calling 911 as often as twice a week or more, were accounting for more than 1 percent of the total call volume.” It started making preventative visits in July 2009 and found that calls dropped by more than 1,000 within a year. Nationally, between 30 and 40 million 911 calls are made every year.

While there’s a potential financial advantage to offering regular care in people’s homes, there’s also a more personal one, which Dr. Brenner describes as “the art of the home visit”:

There’s something very powerful about going into someone’s home, building a relationship, sitting down with them, getting to know them, getting to know their family members. And there’s something very empowering to patients when you come to them. It can be frightening to be in a doctor’s office, and it can be frightening to have a doctor in a white coat walk into the room. It can be alienating to patients. And it sends a really powerful message of how much you care about them when you come to their house. And you also realize the circumstances they’re living in.

As physicians and health care providers we often blame patients when they don’t follow our directions. The number of times I’ve had clinicians and nurses and doctors tell me, “Well, if the patient would just follow my directions, if they would just take the pill that I gave them, if they would just follow the diet I gave them, then they’d stop being sick; they’d stop coming back to the hospital” — and it’s not that simple. 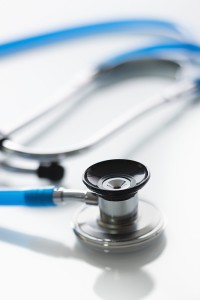