When viewers last saw members of West Philly High’s EVX team, they had just completed an impressive run at the 2010 Progressive Automotive X Prize competition. They didn’t win, but in some ways it doesn’t matter: The students’ experiences building energy-efficient cars left a indelible mark on their lives.

So fast-forward a couple of years. Here’s what three of team members are up to: 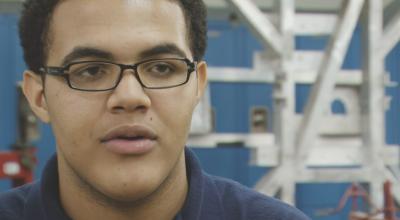 After Azeem Hill graduated from West Philly High, he could have moved to New York City, where he was accepted to the New School. Instead, he chose to stay in Philadelphia to stay close to his community and to save up money.

Right now Azeem is a community college student, pursuing an interest he discovered while working on cars.

“When I was member of the X Prize team, I was inspired to teach myself music,” he said. He’s learning how to play the piano, but mostly composes and mixes music on the computer.

“I campaign for nonviolence in schools at the Student Union,” he says. “It’s not just about not fighting, but about students understanding and valuing communities and building tolerance.” He uses the teachings of both Gandhi and Dr. Martin Luther King in his work.

Azeem also volunteers at The Attic Youth Center, an LGBTQ organization in Philadelphia.

“I facilitated a group of young people and looked at violence in schools, and developed a survey to better understand what it looks like for schools in reference to violence and how LGBTQ students feel in terms of safety,” he said.

He was recognized for his work at Philly’s Gay Pride, where he was a youth grand marshal. In an interview with the Philadelphia Gay News, he described being part of the day:

“It was awesome. I rode on the float and waved the whole parade. The positive energy out there was amazing. There was so much pride and support for everyone.”

When asked about high school, Azeem was quick to name the X Prize team as one of his passions. 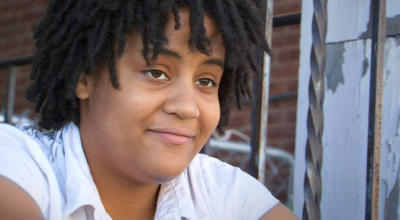 Since graduating from West Philly High, Samantha’s been down a few different paths. She applied to join the Marines, but became ineligible upon finding out she’s partially deaf. She started college, studying secondary education, but is currently taking a break to help out her family.

“I’m getting prepared to give up a kidney to Mom. To see if we’re a match.”

Sam’s mother is sick (though Sam seemed upbeat about her pulling through: “She’ll keep going, chugging away”). And even if she’s not a match, Sam still wants to donate through what’s known as a “kidney swap.” That way, she can donate a kidney to someone in need in exchange for one for her mom.

In college, Samantha was focused on history, a subject she hopes to continue studying in the future. Her favorite aspects of it? “Currently, civics. And the industrial revolution.”

“That’s when we started to become a legit country.”

Looking back at her time on the X Prize team, Samantha has a message for other students out there:

“There were so many times we could actually quit, when we didn’t have enough money for car parts, or our business model wasn’t up to snuff. Keep on trying until you get the result you want.” 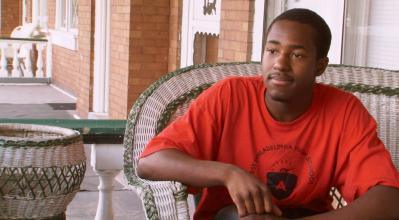 “Life hasn’t been that exciting. It’s not like I’ve been traveling the country or anything,” said Jacques Wells, who is currently living with his girlfriend in Reading, near Penn State, which he attended until his sophomore year.

Then he ran out of money.

“I had like four days to make $4,000,” he said. He’d like to go back someday, but wants to “save up money first instead of going and being broke.” Jacques is currently working at a factory.

“I applied for every auto job, … no one called me back. No one knows me [in Reading], so nobody will trust a random guy to do things with their cars.”

That or his other dream: becoming a famous rapper.

“I know it’s something that a little kid would say,” he admits, which was exactly when he started rapping. Age 8. “I’m not the greatest, I’m not there yet.”

He doesn’t keep in contact with the members of the X Prize team, save for Sekou Kamara. “I talk to him almost every day.”

Jacques offered a few words in closing to pass along to you all: “Find something that you like and stick to it, because you never know where it can take you. When I was in the 9th grade, I didn’t think cars would be my thing. If you find something you do like, stick with it.”