How COVID Has Impacted Poverty in America

FRONTLINE has been tracking poverty, especially how poverty impacts children, for several years — most recently in the documentary Growing Up Poor in America, released in September 2020.

The film follows children from three families in Ohio already struggling to make ends meet when the coronavirus hit. It offers a glimpse into how the virus and its economic fallout introduced new uncertainties into the children’s lives, affecting their emotional wellbeing, their schooling and their parents’ jobs.

In the years leading up to 2020, however, the poverty rate in America had gradually been on the decline. According to the U.S. Census Bureau’s most recent report, the official poverty rate had decreased for the fifth consecutive year in 2019, to 10.5 percent, the lowest since estimates were first published in 1959.

The same report, released in September 2020, found the child poverty rate at its lowest since 1973.

The Census Bureau uses a measure called the poverty threshold to calculate the national poverty rate. The threshold varies, based on household size and number of children; if a family’s combined income falls below that dollar amount, they are living in poverty. The threshold for a household of three people with two children under the age of 18 was $20,598 in 2019, according to the Census Bureau.

Even the Census Bureau’s supplemental poverty measure — created to address shortcomings of the official poverty measure and released on an annual basis — showed that poverty in 2019 declined to the lowest rate since 2009, when such estimates were first calculated.

But both of those reports cover periods that ended prior to COVID-19’s arrival in America. The pandemic changed everything — and without further government support, experts say more suffering may be on the horizon.

The Census Bureau releases poverty figures on an annual basis with a one-year lag, so the September figures don’t capture COVID-19 realities. When the pandemic started, researchers at Columbia University’s Center on Poverty & Social Policy set out to fill that gap. They began estimating poverty in the U.S. on a monthly basis using the supplemental poverty measure, which takes into account families’ expenses and government assistance.

The researchers put the poverty rate in America before the crisis began at around 15 percent. Even as COVID-19 prompted initial shutdowns in March and some sectors of the economy ground to a halt, income tax credits for eligible families helped offset losses, lowering the poverty rate to 12 percent for that month.

In April, the impact of record high unemployment was blunted by a federal economic relief package: the Coronavirus Aid, Relief, and Economic Security (CARES) Act. Individuals who qualified received stimulus checks of $1,200; married couples received $2,400; and those with children received an additional $500 per child. People who successfully filed for unemployment received an additional $600 per week from the federal government.

“It’s really striking, despite its flaws, how successful the CARES Act was at lifting so many families above the poverty line,” Zachary Parolin, a researcher at the Center on Poverty & Social Policy and the lead author of the Columbia research, told FRONTLINE.

As distribution of the one-time stimulus checks wrapped up and the $600 per week unemployment benefits expired at the end of July, the CARES Act’s impact on the poverty rate waned, researchers found. “As a consequence, the poverty rate in August, September and even in October is higher than it was back in April and May, when the unemployment rate was so much higher,” Parolin said.

The monthly poverty rate hit a pandemic-era high of 17.3 percent in August. It declined to 16 percent in October, according to the most recent figures, which Parolin shared with FRONTLINE. He attributed the decline to rising employment. If the federal government approves no further aid for the remainder of 2020, employment will play a deciding role in November and December’s poverty rate, he said.

While poverty in America had been on the decline before COVID, children were experiencing a higher poverty rate than any other age group.

“There are lower employment rates among parents with children, especially young children, in part because childcare is expensive and it’s not always easy to get back to work,” Parolin said.

“We’re seeing in the data that racial and ethnic minorities are more likely to have lost their jobs,” Parolin said. “They’re less likely to be able to work from home.”

Not Getting Enough Food

In an effort to track the pandemic’s impact on people’s daily lives, the Census Bureau launched its Household Pulse Survey in April, collecting responses to questions about food, health, rent and jobs from randomly chosen households meant to represent America’s population.

Joseph Llobrera, director of research on food assistance at the Center on Budget and Policy Priorities, a nonpartisan research and policy institute, has been analyzing the survey’s data, which is released every two weeks.

“What we’re finding in terms of food hardship is kind of off the charts right now,” he told FRONTLINE. Llobrera said both the data and the footage of long lines at food banks show the need is “staggering.”

While data isn’t available to make an exact comparison, CBPP analysis of a survey conducted by the U.S. Department of Agriculture before the pandemic showed that 3.4 percent of adults reported their households not having enough to eat at some point over the previous year.

According to CBPP analysis of the most recent Household Pulse Survey data, collected between November 11 and November 23, 12 percent of adults in America said their household didn’t have enough to eat at some point over the last seven days.

Respondents from households with children were even more likely to report not having enough food over the same period: 16 percent.

Around 7 to 11 million children lived in households where kids didn’t get enough food because their families couldn’t afford it, according to CBPP analysis of Pulse Survey data from October 28 to November 9. Llobrera called the statistic distressing.

“Typically, we expect households will do everything they can to protect kids from experiencing lack of food,” he said. “Parents will not eat with the kids or skip meals or have smaller meals so that the kids can eat. But what’s particularly alarming in the data that we’re seeing is that kids aren’t being shielded from lack of food.”

In addition to the physical sensation of hunger, Llobrera said not having enough food has long-term consequences for children, especially if they experience it in their younger years.

“Those kids can’t catch up if their developmental trajectory changes,” he said. “We, as a nation, are paying a huge cost every day that goes by where millions of people, including kids, are missing out on nutritious food.”

What May Come Next

Without further action from the federal government, other elements of the CARES Act aimed at helping individuals will expire by December 26. Those measures include expanded unemployment benefits for workers not typically covered and an additional 13 weeks of unemployment for those whose state benefits have run out. One progressive think tank estimates 12 million people could be cut off from aid when those measures expire.

Parolin said the Columbia research shows there’s an “urgent need right now for more support” from the federal government, whether in the form of stimulus checks or unemployment benefits.

What’s more, Llobrera pointed out that a national eviction moratorium, issued by the Centers for Disease Control and Prevention on September 4, is set to expire by the end of December. He sees all of these hardships as linked, each exacerbating the other.

“I’m seeing, on the horizon, some of these measures that are set to expire and fear for the hardship that is yet to come,” he told FRONTLINE. 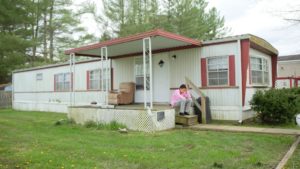