After four years and three government investigations, Gov. Rick Scott of Florida has assigned a new special prosecutor to re-examine the circumstances surrounding the shooting death of a deputy sheriff’s girlfriend who was in the process of breaking up with him.

The death of Michelle O’Connell, 24, in September 2010 continues to stir strong emotions in northeast Florida and beyond in part because the local sheriff and medical examiner, after a flawed investigation, quickly concluded that she had killed herself with her boyfriend’s service weapon. A subsequent investigation by the Florida Department of Law Enforcement, an independent state investigative agency, challenged the suicide ruling after, among other things, finding two neighbors who said they heard a woman crying for help before hearing shots. But no charges have been brought against the deputy, Jeremy Banks.

Last November, the case was the subject of a lengthy examination by The New York Times, in collaboration with the PBS investigative news program FRONTLINE. That examination found serious shortcomings in the sheriff’s department’s handling of the case involving its own deputy, while also casting light on the problem of domestic violence involving police officers. In the months since the article was published, 184,000 people have signed an online petition calling for a coroner’s inquest into the case.

In assigning the new prosecutor, Jeffrey Ashton, a state attorney from another judicial district, Scott cited the emergence of a new “potential witness.” The witness was not named. But O’Connell’s family believes that the reference is to the former owner of a St. Augustine bar, Danny Harmon, who has filed a sworn affidavit saying that the night after O’Connell died, he served drinks to Banks.

In the statement, obtained by The Times, Harmon said he heard Banks say, “That bitch got what she deserved,” and “I am not going to let her ruin my life.”

The case lay dormant until theTimes and FRONTLINE raised questions about several issues of forensic evidence, including whether a cut above her right eye was a defensive wound, a possible sign of a struggle before the fatal shot. The medical examiners said the wound resulted from the gun recoiling forward as O’Connell shot herself in the mouth with the gun upside down.

The Times conducted tests, supported by interviews, that showed the gun could not have caused the wound in the manner suggested by the medical examiners.

“Today we are heartened that this won’t be the end of my sister’s story,” Jennifer Crites, Michelle O’Connell’s sister, said in a statement Friday. “We are thankful that this incident has received worldwide media attention because she truly deserves justice.”

Shoar did not respond to a request for comment. But Banks’s lawyer, Mac McLeod, called Harmon’s account false, saying his client was nowhere near the bar the night after O’Connell’s death. “Anybody that comes forward four years after an event that has been broadly publicized like this has got to be suspect,” McLeod said.

According to Banks’s account after the shooting, O’Connell was packing to leave when she shot herself in the bedroom of the house they shared. One bullet was fired into the ground, the other into her mouth. No one else was in the house at the time other than Banks, who said he was sitting alone in the garage on his motorcycle when he heard the shots, then called 911. There was no suicide note.

The sheriff’s office chose to investigate the shooting itself, rather than call in the Florida Department of Law Enforcement, and within hours concluded that the shooting was a suicide. Under pressure from the family, the sheriff belatedly brought in the state law enforcement department. The local state attorney, R.J. Larizza, eventually asked the governor to appoint another state attorney, citing a conflict of interest because of his close relationship with the sheriff.

That state attorney closed the case for lack of evidence. After the Times began its investigation, Shoar assembled a team of investigators to analyze the work of the lead Florida Department of Law Enforcement investigator and later accused him of misconduct. As a result of their work, the governor appointed another special prosecutor to review the department’s work. That examination continues and is now a year and a half old. 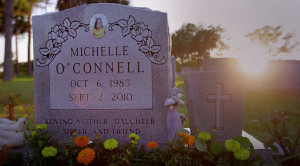