For Many Women Worldwide, the Biggest Threat Is at Home

Activists represent through a performance violence against women during a rally on International Women's Day in front of the Supreme Court at Guatemala City, Friday, March 8, 2013. (AP Photo/Moises Castillo)

Most of the violence endured by women worldwide is committed by their intimate partners.

That’s according to the United Nations, one of the few organizations that gathers global data on the problem. It’s found that while women’s economic or cultural situation might differ based on where they live, the roots of the problem remain the same.

So does the fallout: Violence against women leads not only to mental, physical and emotional problems, but also lost income, slowed economic development and social ills, according to the World Health Organization, a U.N. agency.

By its estimate, one in three women worldwide will endure violence by an intimate partner in her lifetime.

“Violence against women is not the result of random, individual acts of misconduct, but rather is deeply rooted in structural relationships of inequality between women and men,” a U.N. report found. Countries could change that structure, it said, but it also warned that “states around the world are failing to meet the requirements of the international legal and policy framework” to punish perpetrators and prevent further violence.

How do individual countries stack up on treatment of women? The U.N. keeps a Gender Inequality Index that ranks countries based on the gap between men and women’s reproductive health, political empowerment and involvement in the labor market. In its 2013 report, the U.S. ranked 42 out of 148 nations, below Canada (18), Japan (21) and the United Kingdom (34). The Netherlands came first. Pakistan was 123; Yemen was last. (Full report is here (pdf).)

But global data on violence against women, and in particular sexual violence, remains patchwork. Part of the problem is that the data is incomplete. Most rapes or other sexual abuse aren’t reported to authorities, so there’s a limited record.

And global surveys of women tend to focus only on select countries or regions, making it difficult to compare the data that is available.

The United Nations Secretary General released its most comprehensive global study on violence against women in 2006. It found that percentage of women who said they had experienced some form of sexual violence at the hands of a partner in their lifetime ranged from as low as 6 percent in Japan to as high as 59 percent in Ethiopia. (The full report is here (pdf).)

The U.N. survey didn’t gather data in Pakistan, and advocates in the country say that official data there is unreliable. But according to a recent survey, an estimated 25 percent of women in Pakistan reported sexual abuse after the age of 15 from someone other than their husbands. The study, a house-to-house survey of about 5,000 women by Rutgers WPF, a non-governmental organization from the Netherlands and published this year, also determined that 66 percent reported some form of sexual violence within their marriages.

Where does the U.S. stand? According to federal government data, 18 percent of women have been raped in their lifetime, most of them by a partner. A full 45 percent of American women experienced other sexual violence, including unwanted contact or coercion. (Read the U.S. study here (pdf).)

Advocates in the U.S., too, say most sexual violence in the country is never reported. 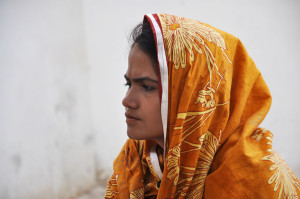