Terry Allen was arrested for an alleged sexual assault in 1982. Rather than facing a criminal trial, he was civilly committed for treatment in a state prison. He’s been incarcerated for 36 years without a criminal conviction or release date. (Manuel Martinez/WBEZ)

Illinois legislators are poised to take action against a little-known state law that allows alleged sex offenders to be imprisoned indefinitely without being convicted. Some of the inmates have been incarcerated for decades under the program.

A joint investigation by WBEZ and the FRONTLINE Dispatch found that 171 men in Illinois are being held indefinitely under the law. In the wake of the report, lawmakers are now calling for a change.

“It seems to fly in the face of justice,” said State Rep. Will Guzzardi, a Chicago Democrat who sits on the Sentencing, Penalties and Criminal Procedure Subcommittee, a committee that oversees criminal law in the Illinois House. “When we engage in incarceration and depriving someone of their liberty — which is arguably the most serious intervention that the state can make in someone’s life — we have an obligation to the due process of law, even when people are accused of having done terrible things.”

State Rep. Tony McCombie, a Republican who sits on the six-person subcommittee with Guzzardi, told WBEZ and FRONTLINE that she would reach out to the Illinois Department of Corrections and her colleagues to gather more information. Republican House Minority Leader Jim Durkin declined to comment for this story.

Gov. JB Pritzker signaled willingness to reconsider the law. In a written statement, Jordan Abudayyeh, a spokesperson for Pritzker, says the administration “looks forward to reviewing any legislation that may be introduced.”

The WBEZ-FRONTLINE investigation focused on the case of Terry Allen, a Peoria County man who has been imprisoned under the Sexually Dangerous Persons Act for nearly four decades. Allen had no previous criminal history of sex crimes when he was incarcerated in 1983, following an alleged assault.

For Allen, the so-called “civil commitment” seemed like an easy way out. Under the law, which originated in the 1930s, accused offenders are offered treatment — mostly group-based therapy — instead of criminal convictions. Allen says his attorneys told him if he cooperated with the civil commitment process, he would be locked up in a treatment facility, and only for a brief time. Allen told WBEZ and FRONTLINE that he complied with the process, even going so far as to purposefully make incriminating statements to prosecutors in order to avoid a criminal trial.

However, 36 years later, Allen is still incarcerated with no criminal trial and no conviction. A WBEZ review of prison data found the average length of incarceration for people found to be “sexually dangerous” under this law is 17 years.

Guzzardi said it does not appear Allen has received what many people would consider due process.

State Rep. Justin Slaughter, who chairs various House committees related to criminal justice, sentencing and sex offenses, said he was not familiar with the law prior to the WBEZ-FRONTLINE report, but called the statute “absolutely ridiculous.”

“People should not be in our correctional system that have not been convicted,” Slaughter said. “It’s really as simple as that. It shouldn’t happen.”

“This is a law that should be taken off of the books. It’s something that we should legislatively address,” Slaughter said. “As chair of the [Judiciary] Criminal Committee, it’s something I’m certainly going to be putting effort into.”

Both Guzzardi and Slaughter said they will work with policy groups, such as the American Civil Liberties Union of Illinois, to research the law and better understand what a legislative solution might look like.

“I wouldn’t have the statute at all, it’s an abuse of due process,” said Benjamin Wolf, legal director for the ACLU of Illinois.

“Instead of simply convicting somebody and having them serve a sentence with appropriate due process of law, we use a backdoor … to prevent alleged risk of harm to the community,” he said.

Wolf said the state has failed to provide meaningful treatment to men incarcerated under the law.

A 2013 report from the nonpartisan prison watchdog group the John Howard Association concluded that the treatment program is understaffed and underfunded.

In a written statement from February, Illinois Department of Corrections spokesperson Lindsey Hess said the agency is currently in the process of hiring additional staff to work with the “sexually dangerous persons,” population. Hess said IDOC has hired three new sex offender treatment providers since February.

Prosecutors and advocates for victims of sexual assault told WBEZ the law is a useful tool in certain sexual assault cases, which are routinely underreported and under-prosecuted.

Sheryl Essenburg, a retired Sangamon County assistant state’s attorney, said the law is an effective tool for prosecutors to prevent more people from being victimized and to get results in cases where “traditional prosecutions” may not work.

“I think the law has to be used carefully,” she said. “But if there is a legal way that I can prevent a person who is in my mind pretty clearly going to commit that next offense — if I can intervene before he commits that next offense with a high degree of certainty, then I’m going to do that.”

But Jobi Cates, with the nonprofit Restore Justice Illinois, said inmates who are ostensibly incarcerated to receive treatment shouldn’t be held in a punitive environment. 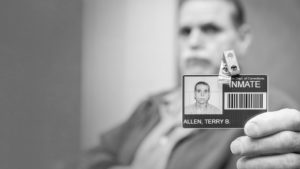