In Mapping the Holocaust, a Horrifying Lesson in Nazi “Paths to Persecution”

When Allied forces marched into the towns of Bergen and Belsen in the heart of Germany in 1945, there were few obvious signs of the atrocities they’d soon discover. As the forces moved in from the countryside, they passed tidy orchards and well-stocked farms. In a way, it was almost picturesque.

Then came the smell that would lead them to Bergen-Belsen, a concentration camp of 60,000 prisoners. Inside they found decaying bodies that numbered into the thousands. Men, women and children. For those still alive, there was no functioning water supply. Some had not been fed for days. Others were simply too ill to eat. The soldiers filmed what they witnessed, and in 1985 the grisly footage would form the basis for the documentary, Memory of the Camps, which airs again tonight on FRONTLINE (check local listings).

Bergen-Belsen was only the beginning, though. In time, ghettos and camps would be discovered in Nazi-occupied territory throughout much of Europe. In all, at least 6 million people died in Nazi Germany’s system of camps — more than 3 million were Jews.

The map below is just a sliver of the reach of Germany’s network of enslavement under the rule of Adolf Hitler from 1933 to 1945. Based on the work of historians at the Jack, Joseph and Morton Mandel Center for Advanced Holocaust Studies at the United States Holocaust Memorial Museum, it shows the locations (in grey) of 1,096 out of 1,150 ghettos they’ve identified in Nazi-occupied Eastern-Europe. The locations in black represent 868 of the 1,094 concentration camps they’ve documented. (Locations in yellow were filmed in Memory of the Camps.)

The true figure of sites is well above the number pictured above. When historians at the Holocaust museum began their research, they suspected they’d uncover somewhere between 5,000 and 7,000 sites, said Geoffrey Megargee, the project director and general editor. What they soon found is that the actual number is closer to 42,500. But even that, says Megargee, “is a conservative figure.”

The grim census of enslavement, torture and death is part of a multivolume encyclopedia being published by the Holocaust museum. The above figures from the first two volumes have already been released. Six more are planned by 2025.

The early work, Megargee told FRONTLINE, has helped foster a better understanding of what he described as “paths to persecution” during Nazi Germany.

“People tend to think of camps in isolation — concentration camps or ghettos or POW camps or that sort of thing, but there were lots of ways in which prisoners went from one camp to another,” he said.

Equally important, says Megargee, is that given the sheer size of the numbers, it is nearly impossible to believe that ordinary Germans were unaware of Hitler’s system. As he explained:

After the war you had a lot of Germans who tried to say, “Oh we didn’t know anything about these camps,” and they may have been talking about the concentration camps, the extermination camps, that sort of thing but frankly the concentration camps were publicized. The regime wanted people to know about those. It wanted people to know that if they misbehaved, that’s where they were going to go. So these were no secrets, and beyond that, when you have tens of thousands of camps and millions of forced laborers and POWs and concentration camp prisoners everywhere doing every kind of work imaginable, it’s pretty hard to say that you’re not aware of this system. 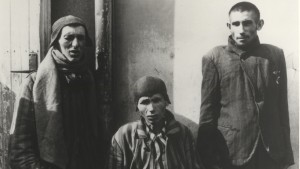