Inside 20 Years of Federal Police Probes

Protestors confront police guarding the front of Chicago police headquarters during a prayer vigil and demonstration called to protest the death and subsequent alleged cover-up of Laquan McDonald on November 30, 2015 in Chicago, Illinois. (Photo by Scott Olson/Getty Images)

Last week, the Chicago Police Department became the latest law enforcement agency to be investigated by the Justice Department for allegations that its officers have a pattern of unconstitutional policing.

Attorney General Loretta Lynch said the probe will look at allegations of use-of-force violations, including deadly force, and disparities in treatment based on race, ethnicity and other factors. If federal officials do find violations, Lynch said she would seek a court-enforceable agreement with the department to implement reform.

Justice Department intervention is the only tool to force reform in America’s 18,000 law enforcement agencies nationwide. It was granted under a federal law, passed in the wake of a notorious incident of police violence: the 1991 case of Rodney King, a black man who was beaten by Los Angeles police after being stopped for speeding.

For the past year, FRONTLINE has been investigating how the DOJ process works, whether it works and how it’s changing. We’ve compiled a database of every investigation the Justice Department has conducted of police departments over the last two decades — 68 so far — with a glimpse inside the stories behind the inquiry and what we know about their outcome. Click below to explore the data. 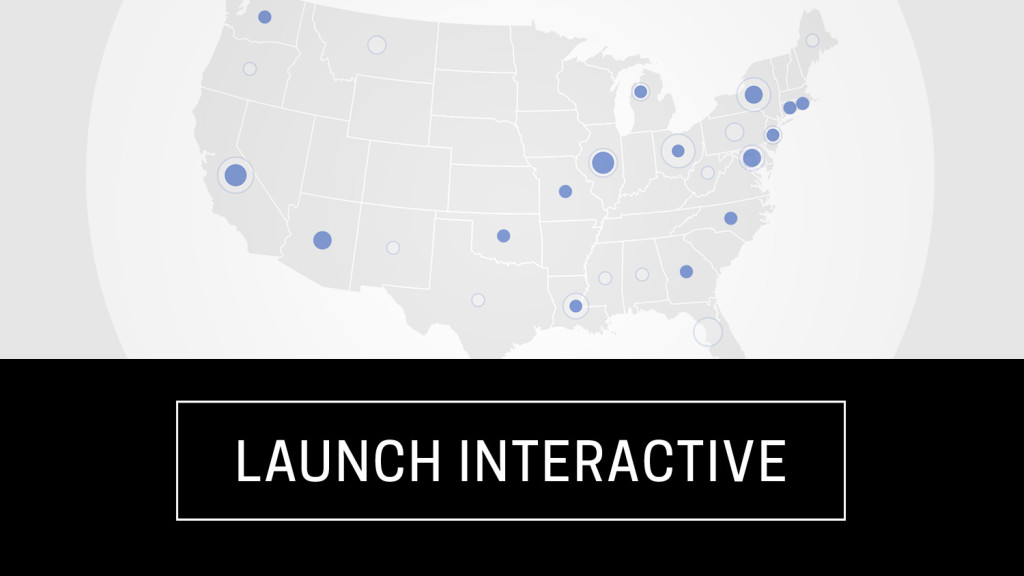 The 1994 Violent Crime Control and Law Enforcement Act included a provision that gave the Justice Department unprecedented power to investigate entire law enforcement agencies for systemic problems — such as use of excessive force, or racial profiling.

The investigations were prompted by serious allegations of misconduct. In Prince George’s County, Md., federal officials examined charges that police dogs had attacked and bitten residents who weren’t suspected of a crime. By the time the Justice Department came to the small town of Steubenville, Ohio, the city had settled so many police brutality lawsuits that it had twice lost its insurance policy. In Suffolk County, N.Y., the Justice Department launched an inquiry after an Ecuadorean immigrant was stabbed to death by a group of teenagers. Other Latino men had filed complaints about attacks and harassment by the group and said that police had failed to investigate.

A handful of departments — including Cleveland, Miami and New York — have been investigated twice.

FRONTLINE’s analysis found that most departments have been investigated for allegations that officers have used excessive force against civilians. Discriminatory policing is the second most common allegation. That’s when officers police one group — usually blacks or Hispanics — unfairly, such as targeting them improperly for stops and searches, false arrests, other harassment and even excessive force.

High-profile incidents like the deaths of Freddie Grey in Baltimore, Md.; and Michael Brown in Ferguson, Mo. have sparked some of the more recent Justice Department investigations. But FRONTLINE found that more often, federal officials have intervened after complaints filed by civil rights groups with multiple allegations from residents, sometimes gathered over years, about discrimination or abuse by police.

The investigations can have a number of different outcomes. Officials may issue technical assistance letters recommending voluntary reforms during the investigation and close the case without any formal findings. That was often the approach during the George W. Bush administration, which opened roughly the same number of investigations as other administrations, but shied away from forcing reforms, preferring a more collaborative approach to inquiries and the agreements it brokered.

When the Justice Department finds a pattern or practice of constitutional violations, federal officials can threaten a lawsuit unless the law enforcement agency signs an agreement to implement a series of reforms. Departments don’t have to admit wrongdoing. Some agreements have amounted to little more than a handshake deal, with no follow up and little accountability. The strongest agreements are known as consent decrees — usually entered in federal court and often overseen by an independent monitor. The Obama administration has been most aggressive in pushing for these binding agreements, and has entered into 12 so far.

FRONTLINE reached out to every law enforcement agency that has been investigated by the Justice Department for civil rights abuses. Most of those who entered into agreements to reform, and even a few who didn’t, said the process had improved the department in terms of training, equipment and best practices.

Detroit’s police department, for example, was bound by two consent decrees to address concerns about officers’ use of excessive force and its treatment of people in detention. The process took more than a decade and tens of millions of dollars, according to Assistant Chief James White. “It was a significant investment, there were a lot of lessons learned,” he said. “But we are a better department.”

But how those reforms have changed on-the-ground policing is more difficult to measure. Last month, an investigation by FRONTLINE and The Washington Post found that the Justice Department had never evaluated its efforts. And because police departments are inconsistent in gathering data, it was difficult to accurately measure changes in basic metrics, such as when officers used force, or how often residents filed complaints against police.

The Justice Department has said it’s been working to improve its process in recent years in order to evaluate whether reforms are working. In more recent agreements, with departments in Seattle, Cleveland and Albuquerque, N.M., it has built in new tests, including independent surveys of public perceptions of police, as well as requirements that independent monitors regularly analyze use-of-force data, stops, searches and arrests; and other metrics.

All of these new agreements are still underway, so it will take time to know how effective the new approach will be. And reforming departments is a slow process.

In Albuquerque, where federal officials reached an agreement with the city in 2014 after a series of fatal police shootings, the independent monitor James Ginger said last month that police had still not updated its use-of-force policy. That document is “critical” to improving officer training, supervision and accountability, he said.

Ginger cited one troubling incident in which an officer fired his Taser at a fleeing suspect, striking him in the head, which if intentional, would violate department policy. In another incident cited in Ginger’s report, an officer may have used a neck hold — a tactic that the consent decree considers lethal force — on a prone suspect.

“These two incidents reflected current APD practice,” Ginger said, “guided by policy [that] critically needs to be assessed and revised.” Without that, he said, “positive change is all but impossible.”

The APD said it was working to complete the policy, noting the final deadline is June 2, 2016. “We cannot rush this critical stage of the reform process,” said spokeswoman Celina Espinoza in a statement.