On April 12, 2011, 16 US Airways pilots and flight attendants sued ST Aerospace Mobile, claiming that the company improperly maintained planes that made them sick. They cite six toxic “fume events” that resulted from engine oil and/or hydraulic fuel leaks into the plane’s ventilation system, one of which, in January 2010, sent seven crew members to the hospital with respiratory problems. Eight passengers were also treated on scene, and two of the crew members are still out on medical leave.

According to claimants’ lawyer Robert Spohrer, he is waiting for ST Aerospace’s response to the suit, and in the meantime served discovery requests along with the complaint.

ST Mobile was a focus of our January 2011 film Flying Cheaper, a co-production with the Investigative Reporting Workshop. The IRW has more about the lawsuit, including responses from ST Mobile and US Airways, and key ST Mobile documents. 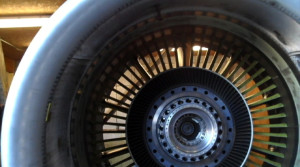