You’ve seen the images of war in Syria. But what’s really going on?

Who are are the rebels and what do they want? And what does this war look like up-close, street by street?

Producer Jamie Doran and correspondent Ghaith Abdul-Ahad risked their lives to answer those questions in The Battle for Syria, gaining rare access to the rebel commanders at the heart of the insurgency. They were able to document both the rebels’ fight to defeat the Syrian Army and their struggle against each other in a bitter rivalry between secular and Islamist fighters.

How did Jamie and Ghaith get into Syria and gain the rebels’ trust? What were the risks? And what did they learn about this brutal conflict from seeing behind the front lines?

Join Jamie Doran for a live chat to discuss these questions — and answer yours.

You can leave a question in the chat window below, and come by at 11 a.m. ET on Wed., Sept. 19 to join the live discussion. 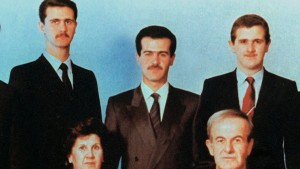 As Agnes Chow Is Sentenced to Prison, Revisit What the Hong Kong Pro-Democracy Activist Told FRONTLINE

How Did the Coronavirus Overwhelm a Florida Nursing Home So Quickly?

Nine months into the pandemic, the virus has killed more than 19,000 Floridians. About 40 percent of the deaths have been among senior care residents. Tampa Bay Times investigates a retirement complex that became an early epicenter.
December 3, 2020