Since the uprising began nearly three years ago, the war in Syria has become increasingly diffuse. The high security risk for journalists and the fluid nature of the conflict make it difficult to mark boundaries with certainty. Areas of control are constantly shifting as armed groups claim, and lose, territory.

This map, assembled from data shared with FRONTLINE by researchers who have consulted extensively with Syria’s armed groups, shows the best available information about the main actors’ areas of control as of early February 2014.

The Syrian government still maintains the broadest swath of territory. In the southern region, its troops have surrounded pockets of rebel fighters who are now cut off from aid and supplies. The opposition, meanwhile, has fractured into more than 5,000 armed groups with shifting alliances. And the Kurdish forces in the north fight only for themselves, at times seemingly on the side of the government, and at others in support of the rebels.

A new actor, ISIS, or Islamic State of Iraq and al-Sham (the Levant), emerged in April 2013. It’s composed of a few thousand foreign militants, battle-hardened from waging an insurgency in Iraq. ISIS has quickly become the most radical group in Syria, battling other rebel groups and imposing a strict interpretation of Shariah law. Last week, Al Qaeda chief Ayman al-Zawahiri publicly disowned the group, after previously encouraging ISIS and the other rebels to fight President Bashar al-Assad, not each other. 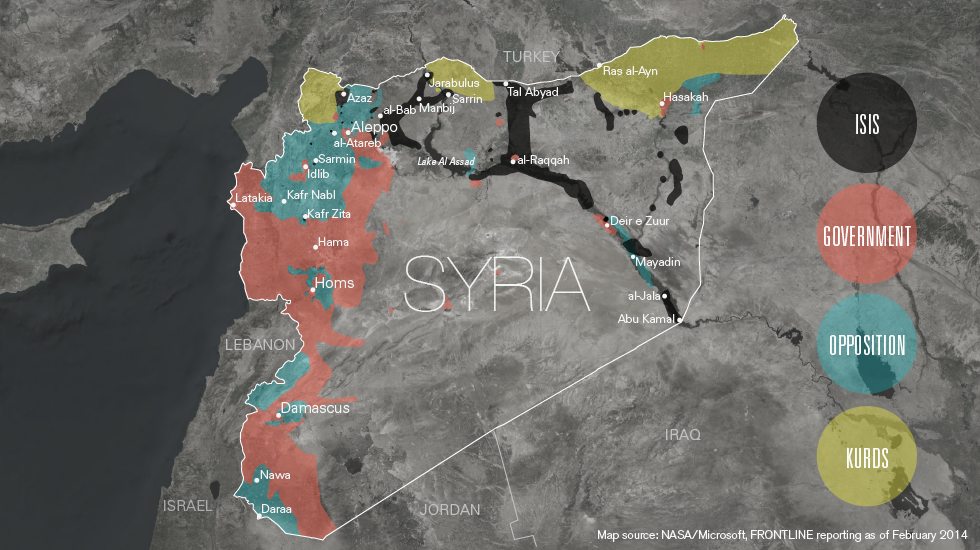 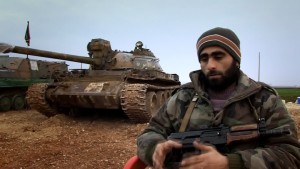