by
Marian Marzynski
In addition to Never Forget to Lie, Marian Marzynski has made a number of films for FRONTLINE, including Shtetl and A Jew Among the Germans.

In the summer of 1942, the liquidation of the Warsaw Ghetto was in progress. Within the next few months, a quarter of a million Jews were to be deported to death camps.

I was 5-years-old, spending my days in the attic of a woodworking shop my father was running in the ghetto. To this day I smell fresh wood from that attic. At the end of each day, when German soldiers were returning to their barracks, my parents carried me to bed in our tiny room above the shop. The German owner of the factory told my father that his work permit, temporarily protecting him from deportation, would no longer cover his family. My parents decided to smuggle me through the ghetto wall to the Christian side of Warsaw.

My father and almost all our relatives, were killed. My mother and I were among a handful who managed to be saved outside the ghetto. After the war, most Holocaust survivors left Poland. They could no longer carry on with their lives in a country that had became an enormous Jewish cemetery. We stayed on in the ruins of the Warsaw Ghetto. My mother remarried. My stepfather gave me a new name, one of many I had to use in my childhood to stay alive. I was a fugitive child, an imposter.

In Poland I became a filmmaker and a television personality, struggling with the Communist censorship to maintain my integrity, but in the late 60’s, during an antisemitic campaign lunched by the government, I was pointed as unpatriotic and had to run again. I became a political refugee and went to the United States where I continued making films.

In 1981, my assignment for the PBS series World, a predeccesor of FRONTLINE, was a story called “Return to Poland,” about the “Solidarity” period, a people’s movement, that put a crack in the political system. In Warsaw I saw Communist leaders, who instead of watching the national holiday parade from a podium, were walking in it for the first time on their own feet. I had a feeling of liberation and a realization that in Poland I had lived in a closet: as a 5-year-old boy hiding during the liquidation of the Warsaw Ghetto, running for my life on the Christian side, but also, as an adult after the war, trying to forget my past.

In Warsaw I stopped a wartime horse carriage and asked the owner how his business was. These days, only people who need to carry a piece of furniture or a big mirror hire him, he complained. My cameraman and I jumped in. I wanted to describe how in 1942, after being smuggled from the Warsaw ghetto and denounced by the blackmailers, I rode such a carriage with a policeman who arrested me and my woman-guide, her hand covering my mouth as I was shouting: “I want to go back to the ghetto. I want to back to mommy!” Turning the camera on myself was a painful experience. My speech was not coherent. I broke down. As an adult I would not stand the terror of being this 5-year old boy, again.

In Never Forget to Lie I am returning to this story.

Explore photos of Marian Marzynski and his parents below. 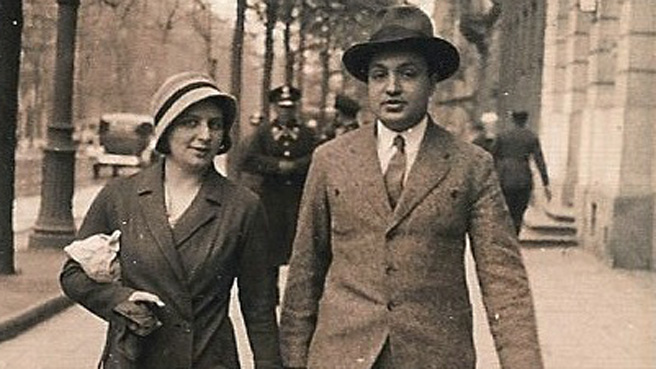 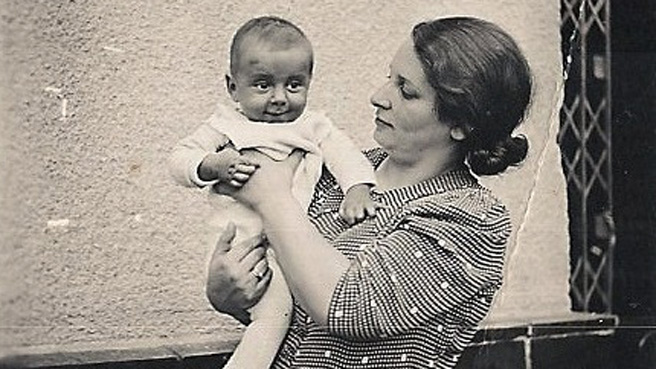 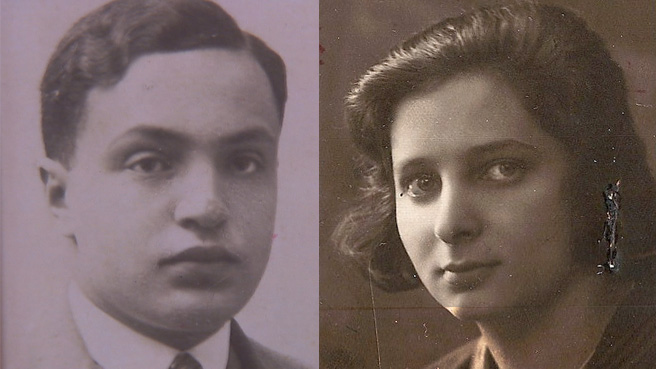 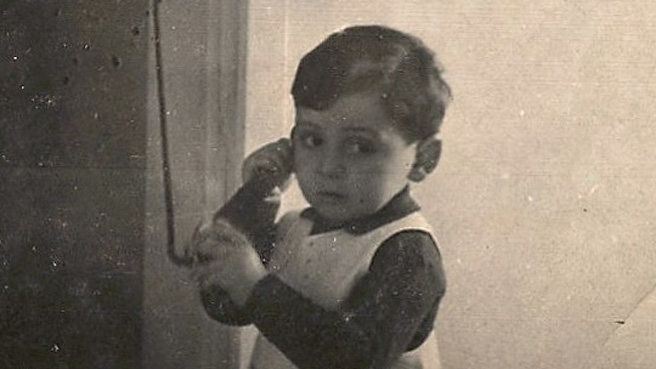 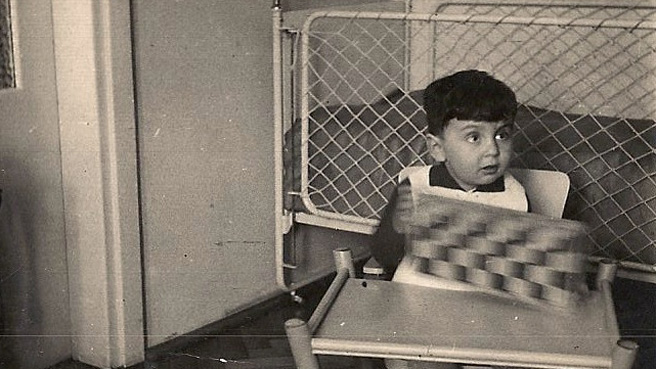 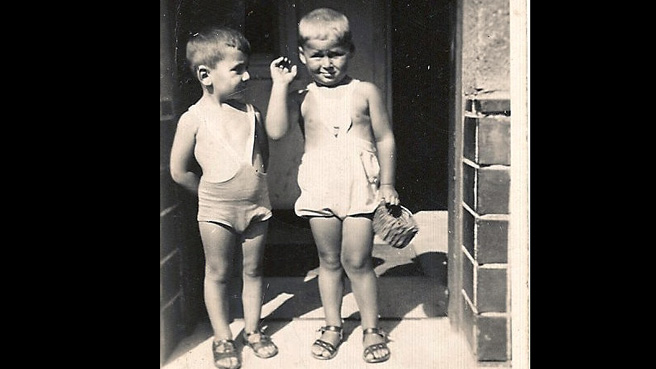 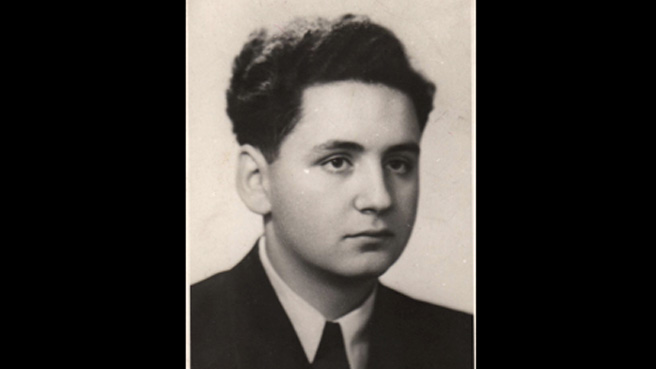 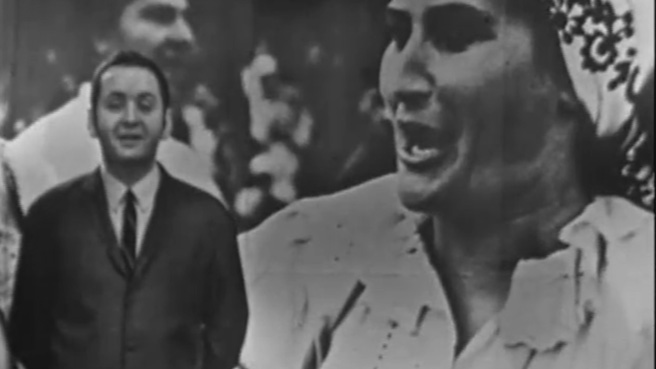 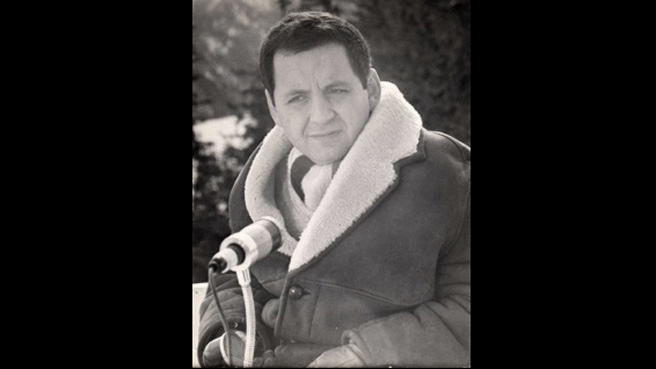 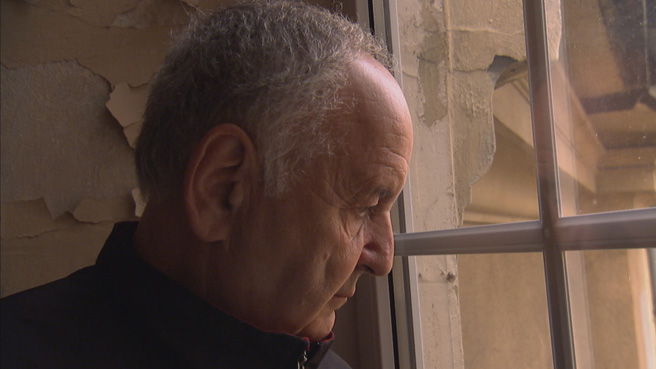