When Pan Am Flight 103 was blown up in the skies over Lockerbie, Scotland nearly three decades ago, it was one of the deadliest terrorist attacks against Americans before 9/11. The 1988 bombing killed 270 people, including 189 U.S. citizens.

Just one man, a Libyan, was ever convicted for the attack, and even though Libya’s former leader, Muammar Qaddafi, for years denied a role in the bombing, in 2003, his government issued a statement accepting responsibility “for the actions of its officials.”

Beyond Lockerbie, U.S. officials implicated Qaddafi in numerous other plots against Western interests, detailing many of them in a 1986 State Department report that called terrorism “one of the primary interests of his foreign policy.” Qaddafi’s ambitions stretched beyond Libya’s borders, the State Department said, adding that he saw himself as a bulwark against U.S. and Western interests in the third world.

“The feeling that Libya was very small and inconsequential in the Arab context made terrorism an attractive strategy to raise Libya’s platform,” said Diederick Vanderwalle, a professor and political scientist at Dartmouth University. “Terrorism was also a cheap alternative that would enable [Qaddafi] to emerge as a … leader in the Arab world.”

Under Qaddafi, terrorism would take several different forms, according to the State Department. Tripoli not only offered sanctuary, support and training for radical foreign dissident groups, but also targeted anti-Qaddafi exiles, dissidents and moderate heads of state in assassination attempts.

Ties between the U.S. and Libya would stay strained for more than a decade after Lockerbie, but starting around 1999, Qaddafi began to shift course. Over the next four years, Libya surrendered two suspects in the Flight 103 bombing for trial, paid $2.7 billion to the victims’ families and agreed to dismantle its weapons of mass destruction programs. The U.S. responded by lifting sanctions on Libya, and then in 2006, removing it from its list of state sponsors of terror.

But while tensions with the U.S. eased, Libya’s legacy with terrorism never went away. Attacks that Qaddafi is thought to have supported either directly or indirectly spanned more than two decades, multiple nations, and killed or injured countless innocent lives. Here is a brief guide to some of the biggest:

The La Belle disco was a favorite of American soldiers stationed in Cold War Germany. At around 2 a.m. on April 5, 1986 — two years before Lockerbie — an explosion at the West Berlin disco killed two American servicemen and a Turkish woman, and injured more than 200 others. Libya denied any role in the bombing, but intercepted messages between Tripoli and agents in Europe showed that Qaddafi was to blame, the U.S. said.

“The evidence is now conclusive that the terrorist bombing of La Belle discotheque was planned and executed under the direct orders of the Libyan regime,” President Ronald Reagan said in the aftermath of the attack.

On the night of April 15, Regan responded by bombing the Libyan cities of Tripoli and Benghazi. The twin strikes killed 37 and injured 93 more, according to Libyan estimates. The Lockerbie bombing was seen by many as Qaddafi’s retaliation.

In 2001, a German court convicted four for the attack on La Belle, including a former Libyan diplomat, Musbah Eter; Yasir Shraydi, a Palestinian who worked at the Libyan embassy and was said to have organized the bombing; and Ali Chanaa, who also worked at the embassy.

In September 1986, four men in Karachi, Pakistan hijacked Pan Am Flight 73, which was bound for New York. The hijackers were members of Abu Nidal, a Palestinian splinter group that Libya helped harbor in the 1980s, providing it with training and financial assistance, according to the State Department report.

“The Abu Nidal group is particularly appealing to Qaddafi because of its track record of successful terrorist operations,” said the report. That record included twin attacks in 1985 against airports in Rome and Vienna that the U.S. said it was able to link Libya to. Twenty people died in those attacks, including five Americans.

By the time the 16-hour siege of Flight 73 was over, at least 20 were dead, including Americans, and many more were wounded. Qaddafi denied any responsibility, but in 2008, hoping to restore diplomatic relations with the U.S., his government agreed to pay $150 million to roughly three dozen surviving American victims.

In 1989, an apparent suitcase bomb similar to the one used over Lockerbie destroyed the French aircraft UTA Flight 772 in the skies above Niger. All 170 people on board were killed, most of whom were French nationals.

French investigators said the attack came in response to France’s decision to use its troops to resist a Libyan invasion of Chad. They would ultimately pin the attack on six Libyan operatives, including Abdullah Senussi, Qaddafi’s brother-in-law and the head of Libyan intelligence at the time of Lockerbie. In 1999, a court in France convicted Senussi and the five others in absentia for the attack. In 2004, without admitting responsibility, Libya agreed to pay $170 million to victims.

LIBYA AND THE IRA

Libya’s ties to terrorism extended to the decades-long conflict between the Irish Republican Army (IRA) and the British government in Northern Ireland. Qaddafi saw the IRA as an ally in the fight against Western imperialism, and he was seen as a main source of weaponry for a campaign that lasted more than 30 years and claimed more than 1,000 lives.

In 1973, the Irish navy intercepted a ship called the Claudia off of the coast of Ireland and found five tons of weaponry supplied by Libya. In 1987, a second ship was stopped on its way to Northern Ireland, carrying roughly 1,000 AK-47 machine guns, a million rounds of ammunition, ground-to-air missiles and two tons of Semtex — the same type of plastic explosive used in the Lockerbie attack.

Other weapons and ammunition made it through. Semtex became a popular weapon of the IRA, and was used in a catalog of attacks, including a 1987 bombing in the town of Enniskillen that killed 11, a 1988 bombing that killed eight soldiers and about 250 other booby-trap bombings.

The fallout from many of these attacks is ongoing. In September 2015, a British inquiry was opened into the issue of compensation for Libyan-sponsored IRA violence. Victims and their families are appealing for a percentage of the Qaddafi family’s seized assets, but they’ve been told that the lack of a stable government in Libya may make the issue difficult to resolve.

The Qaddafi regime was also implicated in assassination attempts against everyone from former exiles to Arab heads of state, according the State Department report.

The targeting of exiles started in a concerted way in 1980, said the report, and by the time the first phase ended, 11 Libyan dissidents living abroad had been murdered. At least five more attacks were sponsored in 1985, targeting dissidents in Austria, Cypress, Greece, Italy and West Germany.

The State Department said that Qaddafi also targeted moderate Arab leaders “for their refusal to continue the military struggle against Israel and for their links to the West.” This included plots against former President Hosni Mubarek of Egypt, and Gaafar Nimeiry of Sudan. Libyan-backed plots against the presidents of Chad and Zaire were also thwarted during the mid-80’s, the State Department said. 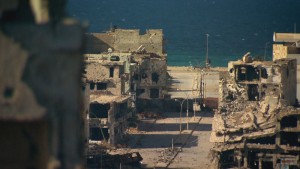