Slideshow: An American’s Path to the Mumbai Attacks

He was a member of the Pakistani elite. He worked at his mother’s Philadelphia bar. He smuggled heroin. He was DEA informant. He was an operative for Lashkar-i-Taiba, an Islamic militant group. Today, he’s in the custody of U.S. authorities.

David Coleman Headley isn’t a household name in the United States. But he’s as well known to Indians as Osama bin Laden is to Americans.

Through these exclusive photos, explore how Headley -– born Daood Gilani in the U.S. –- followed a path that led to the 2008 terror attacks in Mumbai — and a plea bargain that both saved his life and put his best friend behind bars. 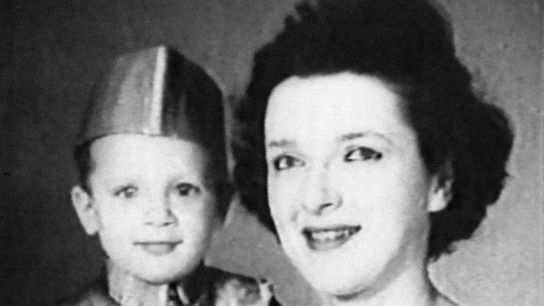 David Headley was born Daood Gilani in Washington, DC in 1960. His father was a well-known Pakistani broadcaster and his mother, Serrill Headley, was a 19-year-old socialite from Bryn Mawr. The two married soon after meeting at an embassy party, and a few months after Gilani was born, they moved to Pakistan. But the clash of American and Pakistani culture led to their divorce in 1966. His father remarried, and his mother later returned to America, forced to leave her son. 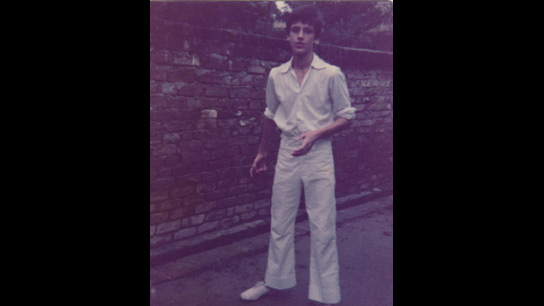 His childhood neighbor Chand Bhai says Gilani stood out in Pakistan with his Caucasian features and his characteristic one blue eye and one brown eye. “For Pakistanis, he looked like a ‘gora,'” he explained. “American or British, we call them gora in our language.” Gilani attended private Pakistani military schools, where textbooks instilled a duty to country, as well as an animosity for India. He later testified that he felt the Mumbai attacks allowed him to get “even” for the bombing of his school during Pakistan’s humiliating military defeat to India in 1971. 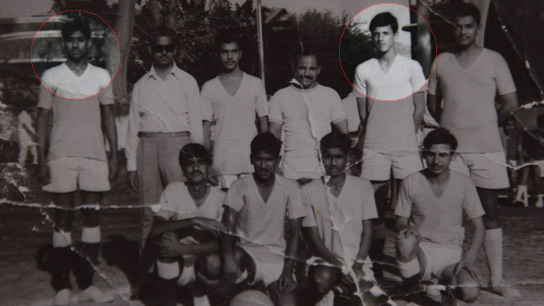 As a teenager, Gilani (second from right) attended Hasan Abdal Cadet College, a respected military boarding school outside Islamabad, where he first met Tahawwur Rana (far left). The two became friends at the school, growing up with the privileges of the Pakistani elite, and maintained their friendship over time. Years later, Rana would post his home as collateral to help Gilani make bail after being picked up on heroin charges. More than a decade later, Gilani would be the star witness in the trial that found Rana guilty of being his accomplice in a plan to attack a Danish newspaper. 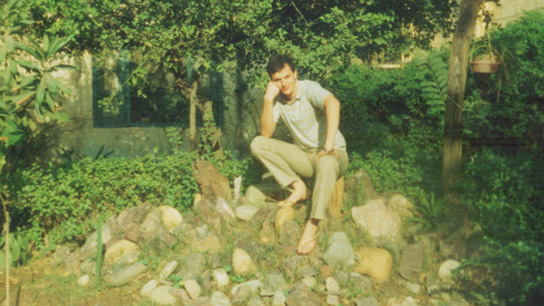 Gilani didn’t get along with his stepmother and, at age 17, left Pakistan and returned to the United States to live with his mother in Philadelphia. Serrill Headley was a fixture on the Philadelphia social scene, a local character known for the bar she owned, the Khyber Pass Pub, and her colorful past. While living in Philadelphia, Gilani worked at her pub. 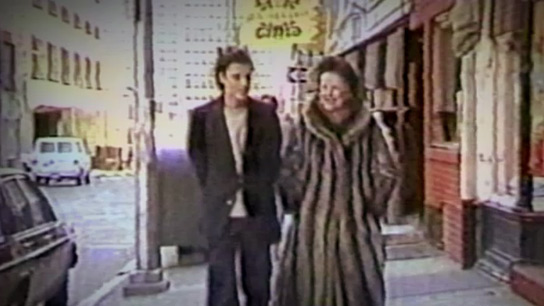 Here is 23-year-old Gilani in Philadelphia with his mother. He says he traveled back and forth between Pakistan and the U.S. frequently, and first got into heroin while hanging out with others who used the drug in Pakistan. Within two years of these images being taken, Gilani became an addict with budding ambitions as a drug smuggler. In 1984, he made his first attempt to bring heroin from Pakistan’s tribal areas to the U.S., but was caught by Pakistani authorities. Gilani gamed the system and was released, a lesson in deal-making that served him well in the future. 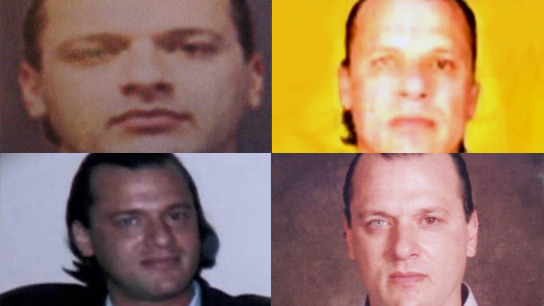 In 1988, Gilani was caught in transit by U.S. drug agents with two kilos of Pakistani heroin. Cooperating with the Drug Enforcement Administration (DEA) shrunk his eight-year sentence down to four years. He was caught with heroin again in 1997 and struck another deal: He became a DEA informant, even traveling to Pakistan on the agency’s behalf. Though he had faced a possible nine-year sentence, he served only 15 months. After 9/11, Gilani went from drug informant to terrorist informant, willingly gathering intelligence on extremists. But at the same time, he was becoming increasingly radicalized. 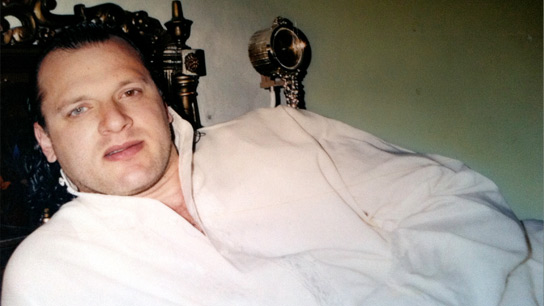 Gilani says he stopped working for the DEA in September 2002, although the agency says its last contract with him was in March of that year. On trips to Pakistan, he developed connections to the terrorist group Lashkar-i-Taiba. In early 2002, Gilani began training with the group and, by 2005, his Lashkar handler Sajid Mir was talking about sending him to India. Despite a trail of warnings, including a wife in New York who described his connections to Lashkar in detail to FBI agents, Gilani avoided detection, in large part, analysts say, because of his earlier status as a DEA informant. 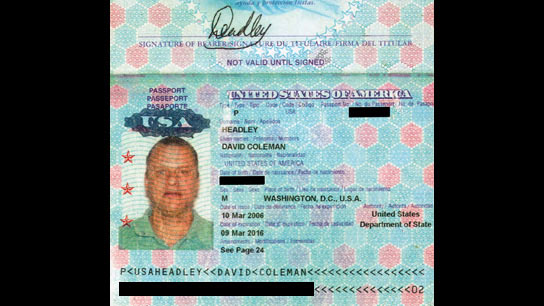 Daood Gilani applied for a name change in 2005; six months later, he was David Coleman Headley. Taking on his mother’s anglicized last name allowed him to travel to India for reconnaissance more easily. “This guy is perfect,” said Charles Faddis, a former CIA officer. “He effectively can walk through every screen that the Indians have thrown up over their years of experience, every fence they’ve erected to keep out Lashkar operatives.” Over a 20-month period, Headley traveled to India at least five times to scout targets, using his friend Rana’s immigration service business as his cover. 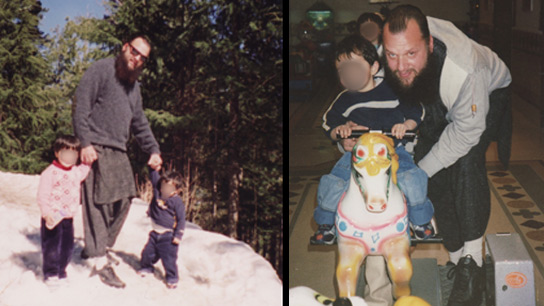 Headley has had three wives — some of the relationships overlapping — but only had children with his Pakistani wife Shazia, with whom he had an arranged marriage in 1999. They had four children. In 2008, he moved his family from Pakistan to Chicago. During his testimony, Headley recalled an incident in which his five-year-old son responded to his soccer coach’s directive to “shoot!” during a game by taking up a prone position as if shooting a gun. “I want him to be a soldier,” Headley told the courtroom. 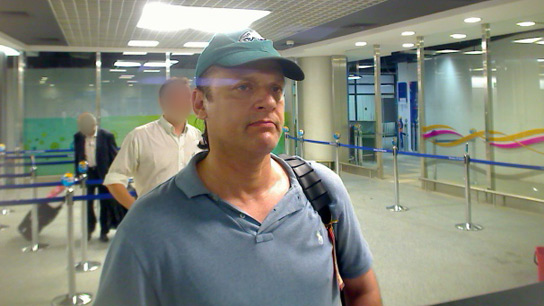 This photo was taken July 1, 2008, upon Headley’s arrival at Mumbai’s airport for his last reconnaissance trip. On Nov. 26, he watched on television from Lahore as attackers used his information to navigate their brutal siege of Mumbai. By then, Sajid Mir had a new target for Headley: the Danish newspaper that famously published cartoons of the Prophet Mohammad in 2005. When Mir called off the plot, Headley wanted to continue and turned to Ilyas Kashmiri, an Al Qaeda-linked terrorist, for support. But after he met with extremists under surveillance, it wasn’t long before the FBI was monitoring Headley. 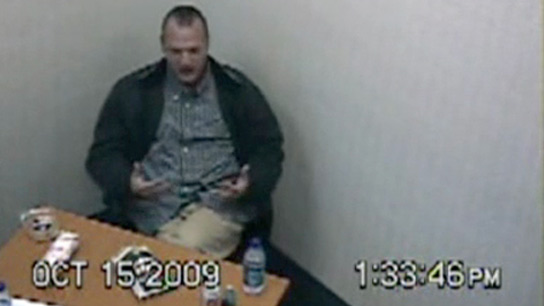 On Oct. 9, 2009, as Headley attemped to go back to Pakistan, federal agents arrested him at Chicago’s O’Hare Airport. This image is from videos of the FBI’s interrogation shortly afterward. Headley gave up unprecedented evidence about the ISI, Pakistan’s main intelligence agency, Lashkar–i-Taiba and Al Qaeda. But the FBI wanted more. Facing possible extradition and the death penalty, Headley struck one last deal: He turned on his longtime friend Rana. Headley was the star witness in the trial last June that found Rana guilty of conspiring with him to attack a Danish newspaper.

You can also explore more about Headley’s life through documents and artifacts in this interactive timeline from ProPublica.

A new Salt Lake Tribune data analysis shows that at least 42% of police shootings in the past decade involve a person in crisis or who is suicidal.
December 29, 2021
Show more